A world tour with David Damrosch 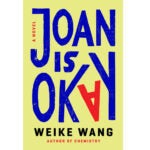 But my mother’s in China...

Like so many people, David Damrosch found his travel plans upended by COVID in the spring of 2020. But Damrosch, chair of the Department of Comparative Literature and founder of the University’s Institute for World Literature, quickly rebounded from disappointment to inspiration, embarking on a literary journey around the globe.

Every week of the first pandemic summer, Damrosch explored a different city, country, or region through five books in a blog that won followers near and far. His essays have now been revised into “Around the World in 80 Books,” which borrows the organizing principle, along with the title, of Jules Verne’s “Around the World in 80 Days.”

“I’m a preacher’s kid and I have a very evangelical sense that I want everybody to love these books that I love,” Damrosch said. “In this time of rising walls and neo-nationalisms, I really feel that the literature is a means of ascent into the way other people think.”

The book, his first for a general audience, guides readers through Asia, Africa, and Europe. Authors range from Virginia Woolf to the Francophone Congolese novelist Georges Ngal. With the narratives “resonating in close proximity,” Damrosch noticed themes developing, some more immediate than others.

“I found all kinds of references to plagues and epidemics,” he said, referencing Boccaccio and Gabriel García Márquez. “Either literal ones or metaphoric ones, in works that I had never thought about before in that context.” He also found writers confronting colonialism, war trauma, and other charged topics. These issues “are alive in the culture today,” he said. “So it seems to me very important to get this deeper historical perspective.”

The project’s concerns are always literary, he stressed. The book asks, “How do writers create a city? How does a city create writers? What is the aftermath of war and empire? These are the ways that literature comes to life in the world and the world comes into literature.”

At times, the connection felt personal.

“My Russian ancestors came from what is now a part of Poland,” Damrosch said. “The first time I was there, I went to the town that my great-great-grandfather had come from, and I couldn’t help thinking, ‘Suppose they’d never left, and I’d grown up there.’ My hosts were driving me to a talk, and we passed Auschwitz. I thought, ‘If they’d never left Russia, that’s where I would have ended up.’”

Damrosch said he defines world literature as “all literary works that circulate beyond their culture or origin, either in translation or in their original language,” bringing up another issue: translation.

To truly embrace the breadth of world literature, he said, reading in translation may be the only option. This isn’t necessarily a bad thing. “We are living in a golden age of translation,” according to Damrosch. “One principle for my selecting a work was that it had to be available in print in a beautiful translation.”

Nevertheless, he added: “I do have the utopian hope that every student enrolled in my classes will realize they need to learn a language.”