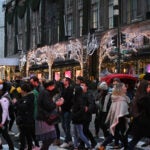 Will Omicron damage the economy?

Trial will likely turn on it, white-collar crime expert says, and failed startup founder came across as youthful, open

Four months into one of the year’s most closely watched trials, federal prosecutors and defense attorneys will begin closing arguments Thursday in the high-profile fraud case against Elizabeth Holmes, founder and CEO of Theranos, a failed Silicon Valley blood-testing startup.

The Department of Justice has accused Holmes of defrauding patients, physicians, and investors of more than $700 million by promoting a revolutionary blood-testing device that she knew didn’t work. She is charged with two counts of conspiracy to commit wire fraud and nine counts of wire fraud. If convicted, she faces up to 20 years in prison and a fine of $250,000 plus restitution for each count.

Eugene Soltes, McLean Family Professor of Business Administration at Harvard Business School, studies corporate integrity and risk management and wrote the 2016 book, “Why They Do It: Inside the Mind of a White-Collar Criminal.” Soltes, who spoke to the Gazette at the trial’s onset in September, returns to share his thoughts as the proceedings wrap up. The interview was edited for clarity and length.

GAZETTE: As you followed the case, what did you find most striking?

SOLTES: The one aspect that I found most interesting and potentially powerful is that Elizabeth Holmes actually took the stand and spoke. It’s not often you find a defendant in a criminal case, especially such a high-profile one and a white-collar case, speak. It humanized her in a lot of ways. She was able to admit that there are things that she would have done differently; she expressed some degree of even contrition at times. But she was able to offer and try to put into her own perspective some of the more serious allegations against her. And, ultimately, how that will be received by the jury will be the make-or-break in her case.

GAZETTE: Holmes’ defense against the federal government’s charges is mostly her own words. There are many risks to a defendant getting on the stand. Do you think this testimony helped her?

SOLTES: She’s exceptionally bright and maybe even persuasive, as she went through some very serious, hard issues, and was able to articulate a different perspective than was being conveyed by the prosecution. There were a couple of important points that got a lot of attention around who placed some of the corporate logos on some documents, and she did admit to things that certainly are not viewed as favorable. But more critically, she was able to put out her narrative. Elizabeth Holmes is one of those people who is bigger than life. And I suspect the defense wanted to humanize her, so people realize that this is not a bot. This is a real human; this is a real person; and people make mistakes. And she was maybe more open than I would have anticipated about some of those mistakes.

I absolutely think she helped herself. That was the part I was most fascinated with because it’s something we haven’t heard a lot beyond the marketing PR blitz when she was the head of Theranos. Who is Elizabeth Holmes? So much we’ve heard was first, “the next Steve Jobs,” and then, only negative. What she told here is a somewhat more nuanced tale that’s somewhere between “an inspired, youthful person” and “it didn’t pan out and they made a lot of mistakes along the way.” That’s the story she was telling, and I think was, in a number of areas, fairly persuasive.

GAZETTE: What will be the strongest closing arguments the prosecution and the defense can make?

SOLTES: One area that got a lot of attention is the set of documents describing the partnerships that Theranos was alleged to have had. The question is: Who created those documents? Who put those logos there? And this gets to what fraud is: If you say we have a partnership with company A, you need to have a partnership with company A. There was a lot of discussion in the case about looking at documents that had logos of some very big-name companies, which investors seem to have relied on in terms of their decisions to make investments. And during her testimony, she did admit that she personally put some of those logos there. She then tried to put that in the context of how that was conveyed and what investors should have inferred. But the question isn’t what investors ought to have inferred, it’s what the investors did infer. So, the prosecution is going to say, “Here’s what the investors did infer from that, that misled them, and that’s fraud.”

The defense is going to turn around and say, “She explained that she put the logos there, but that was not her intent.” The defense is going to close with: “She admits that everything didn’t work out as she wanted; she made mistakes; there are things she would have changed.” They’re giving some, so when the jury is deliberating, they can’t say, “This person said, ‘That was all perfect. I didn’t make any mistakes. It’s all a big charade by prosecutors.’” The defense will argue, “She was youthful, overly ambitious and screwed up at times, and she admits that herself. And so, were those mistakes done in a deliberate way with the intent to deceive people and defraud them? Can you find any way that you might doubt that?”

“The one aspect that I found most interesting and potentially powerful is that Elizabeth Holmes actually took the stand and spoke. … It humanized her in a lot of ways.”

GAZETTE: Controversially, Holmes tried to present herself as a victim of good intentions gone awry, of bad advice and data, of an abusive, manipulative romantic partner. That runs counter to her role as the company’s founder and CEO, the partner’s boss, and her public image as trailblazing billionaire. Will that strategy work?

SOLTES: The one advantage that she has going for her is the extent that people see her as still very youthful, very bright, and very optimistic. Someone who’s 22 or 23, of course, you’re going to rely on these outside parties to guide and direct you. So, do you let her off the hook for more of that responsibility? I think it’s very plausible. How accountable is she in her knowledge base? I don’t know. It’s something I really struggle with, and it’s something we probably haven’t really reconciled as we fund and develop these high-stakes organizations founded by people who are still very young and still have a lot to learn. They’re learning as they go, which is part of their strength. But also, the errors that we see at Theranos wouldn’t be occurring at the Pfizers or the Novartises of the world. They have process and procedures around all these things. But it’s a startup and part of that occurs in the startup environment.

GAZETTE: The failure of many investors to conduct adequate due diligence and the absence of any real corporate governance were issues looming over this trial. Is this the norm or was Theranos an outlier in Silicon Valley?

SOLTES: The part that was most astounding is hearing from some of the investors. In a startup the board is going to play — it’s an imperfect disciplinary and governance structure. But when you’re funding a company, you normally have investors who are doing due diligence along the way. What’s fascinating is you literally saw investors not doing due diligence and actually afraid to do due diligence for fear they would miss out. I find this is deeply troubling. I appreciate that FOMO, the fear of missing out, is very real even when you’re doing investments in the tens of millions of dollars. But it did a real disservice to what a well-funded startup environment should offer. You want those checks and balances; you want investors to be questioning, because that will help formulate that next path forward. And they did the exact opposite. They kept handing over more and more capital without doing any, and that reveals some of the challenges in the startup environment. People are so hungry to place capital in successful enterprises that they’re not even doing the most basic of due diligence. Having all the due diligence come out in a criminal trial didn’t serve anyone well.

It makes me almost disappointed about the state of governance in our startup ecosystem. What makes a healthy environment to spur capital toward firms that are going to change the world and the right entrepreneurs is when we have that appropriate level of due diligence placed on organizations and people. Those tens of millions of dollars that were being channeled at late stages to Theranos didn’t go somewhere else. So, there’s some other entrepreneur, some other startup that wasn’t funded because of that. That’s what I see as the real sadness and failure here. Part of that is the failure of Theranos not being transparent but I also blame the investors for not doing the due diligence they ought to have to make sure their capital was being appropriately allocated.

GAZETTE: Does the very high legal standard here make it unlikely to get a conviction even if the jury thinks she did mislead and defraud investors, patients, and physicians?

SOLTES: I’ve never made a prediction on a case, so I’m not going to call this one. But whether she is found guilty or not guilty, I think a lot of people will rationalize why the verdict seems to make sense given what happened. If she is found not guilty, we will say, “This is Silicon Valley. Wow, look what is tolerated there.” If she’s found guilty, we will say, “Well, of course, that was obvious.” Once we know the outcome, it all seems to be so clear. I know that’s going to happen for myself when the verdict is revealed.

I don’t think this case is a slam dunk. There are ways people could look at what she had to say and what happened and at least see through her eyes and her perspective. That doesn’t mean they’re going to say what she did was right. They might say, “That’s pretty awful that she did that, and that’s awful it was tolerated in Silicon Valley — but it’s not criminal.” She’s already had a civil suit with the SEC, and there’s civil litigation. The question is: Should she go to prison because of her errors of judgment? Is that the sanction she deserves? That’s really what the jury has to decide. 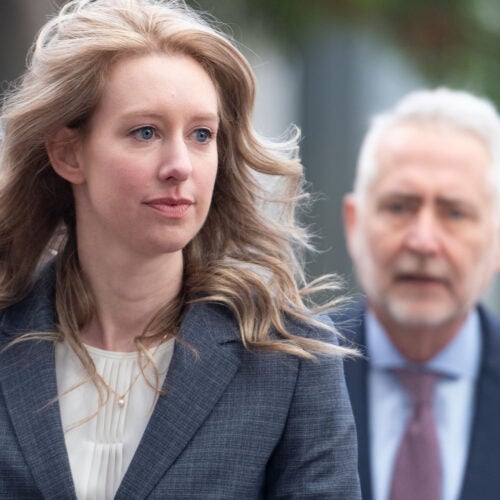 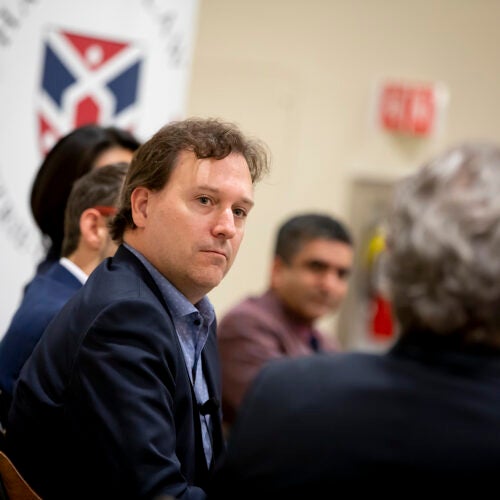