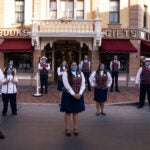 Former Theranos employees began testifying this week against Elizabeth Holmes, the once-celebrated biotech’s founder and CEO, in a criminal trial that has Silicon Valley worried.

In opening statements last week, federal prosecutors charged that Holmes and the company’s chief operating officer, Ramesh Balwani, had long known that Theranos’ home blood test didn’t work, but misled investors to keep money flowing in. Holmes and Balwani are accused of defrauding patients, doctors, and investors of over $700 million. At its peak in 2013-14, the privately held firm was valued at more than $9 billion.

A 2015 Wall Street Journal exposé, which became the bestseller “Bad Blood,” led to several criminal and civil probes, and sanctions imposed by the Securities and Exchange Commission. Theranos dissolved in 2018. Prosecutors must prove that Holmes, who was 19 when she launched the company in 2003 after dropping out of Stanford University, knew the product didn’t deliver while she solicited new business and investments. Defense attorneys say Holmes “believed” in the revolutionary blood-testing device and that “trying hard and coming up short is not a crime.”

Eugene Soltes, McLean Family Professor of Business Administration at Harvard Business School, is an expert in corporate integrity and risk management. He interviewed dozens of business executives convicted of crimes, including Bernie Madoff, for his 2016 book, “Why They Do It: Inside the Mind of a White-Collar Criminal.” Soltes says the case against Holmes is not a slam dunk and explains why even a conviction is unlikely to deter others. The interview was edited for clarity and length.

GAZETTE: What are your thoughts as the trial gets underway?

SOLTES: I think most people looking at the news think this is a very simple case. However, when it gets down to how white-collar crimes are prosecuted, it’s quite challenging. We don’t prosecute people based on our intuitive notions of is this fraud or not fraud? Or is this lying or not lying? Instead, we look at the specific pieces of evidence and data and how they are interpreted. Most critically, the jury has to evaluate not on a preponderance of evidence, but whether the charges against her are made beyond a reasonable doubt.

You read “Bad Blood” and it’s like, why are they even going to trial? The fraud is so obvious. But this is the difference between a journalistic narrative and looking at what evidence the jury will be able to see and hear. Beyond a reasonable doubt is a very high bar. They’re looking at these very specific allegations about when and how the alleged fraud was committed.

Second, the defense is presumably going to focus on the difference between what is often called fraud versus “puffery” — general statements of opinion that people are supposed to reasonably interpret as not being factually true. It’s all the marketing ads we read on a day-to-day basis. Silicon Valley is notorious for touting their innovations. In fact, people really want that kind of excitement, that’s what people are attracted by and that’s accepted. Creating a business, describing those innovations in an enthusiastic manner, and then having it fail because it didn’t play out as intended is not fraud. The defense is almost certainly going to describe Theranos as another inspired but failed startup. Obviously, many people looking at the failure see a different story — a founder whose rush to become the next “unicorn” ignored the real risks its products have on people.

GAZETTE: What would you ask Holmes if given the opportunity?

SOLTES: This is not just for her, but for any visionary business leader whose endeavor fails to reach those goals. I’d want to ask, what was the roadmap? In her mind, how did she see this coming to fruition in the end? A sympathetic narrative of Theranos is that she had a visionary idea very, very early on, but it still needed a tremendous amount of R&D. They erred in launching too soon with a product that impacted people’s health. I’d like to know what did the plan actually look like — what was the plan to make the technology actually work?

Business leaders often pride themselves on being visionary, big-picture thinkers. A lot of the really hard work, and ultimately the success and failure, comes from whether they can operationalize those ideas in the end. Elizabeth Holmes offered an extraordinary vision. She presented an idea that was succinct, compelling, inspiring, even beautiful, but couldn’t operationalize that idea.

GAZETTE:  Do executives accused or convicted of large-scale crimes share any common traits or motivations, based on your research?

SOLTES: By and large, there’s not a strong sense of remorse and I suspect that’s probably not different here. Innovators are passionate about their vision. By all accounts, she and the others at Theranos, all of them wanted Theranos to succeed. Their vision was incredible; it would have been transformative. The question is, at what point does that wishfulness and enthusiasm go from optimism to fraud?

The leaders of Enron genuinely wanted to transform and change the energy markets and made some progress in doing so. But they wanted to achieve that goal so much, so aggressively, that they weren’t willing to accept failure along the way. That’s characteristic of a lot of white-collar fraud. It then often builds to one step further and they start obscuring or even hiding those stumbles, which is where it becomes fraudulent.

When many of these former leaders look back on their actions, they don’t think about what they were hiding. Instead, they often think — If only we had another year, if only we had two more years, if only we had more money, we would have gotten there and we would have changed the world. It’s more about disappointment that that vision didn’t come to fruition rather than the flip side that we see in the press and described by prosecutors, which is — They created a business that deceived thousands or millions of people.

GAZETTE: One rationale for prosecuting complex cases like the one against Holmes and Balwani is that they put others on notice. Is a fear of enforcement a factor in the decision-making of the executives you’ve studied?

SOLTES: I don’t think anyone thinks they’re going to be the one going to jail. Notably, that’s even when they are engaged in the kinds of fraudulent behavior we send people to jail for. They think the people that go to jail are the people that didn’t go to the great schools, that weren’t the Stanford dropouts. It’s the guy on the street that’s selling drugs or engaged in assault. They don’t think the criminal consequences will happen to them; it only happens to that other guy. And that’s one of the challenges with the psychology here. Prosecutors say they’re trying to have this deterrent effect, but a deterrent effect only works if people internalize that their conduct warrants criminal sanctions.

As much as I wish it was different, I’m skeptical about the deterrent effect of sanctions at the executive level. Business often operates in a murky world in which the difference between puffery and fraud is oftentimes genuinely unclear.