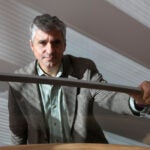 As the Supreme Court heard initial arguments on a N.Y. case that could yield a significant expansion of gun rights in the nation, a panel consisting of a philosophy professor, a gun rights advocate, a constitutional scholar, and a mayor of a city beleaguered by firearm violence underscored the difficulties of reconciling views on guns and public safety.

The afternoon event last Thursday, “Guns in America,” was part of the Civil Disagreement Series, hosted by the Edmond J. Safra Center for Ethics. While all panelists agreed on the need to address mental health issues behind gun violence, they disagreed on whether legislation could prevent mass shootings.

On one side of the debate, Chris Cheng, founding board member and adviser of the Asian Pacific American Gun Owners Association, and Clark Neily, senior vice president for legal studies at the Cato Institute, said that stricter gun laws could infringe people’s constitutional right to self-defense.

Cheng said most of the effort to reduce gun violence should focus on community-based solutions that prioritize mental health. “I think that will go a lot further than the current political and legislative debate around the Second Amendment and guns in America,” he said.

For Neily, his work as a litigator aims to prevent the government from infringing on people’s right to self-defense. He was one of the architects of District of Columbia v. Heller, a landmark case in 2008 in which the Supreme Court ruled that the Second Amendment ensures the right of individuals to own firearms for lawful purposes and that protection is not limited to service in a militia.

“The proof is in the pudding. The fact that [Australia hasn’t] had a major massacre since [1996] is a fairly important one.”
— Simone Gubler, assistant professor of philosophy at the University of Nevada

“At the end of the day, our perspective is that all people have a right of personal self-defense,” said Neily. “You have the right to resist violence against you and you have a right to do so effectively.”

On the other side of the debate, Simone Gubler, assistant professor of philosophy at the University of Nevada, and Maria Rivera, mayor of Central Falls, Rhode Island, support regulation as part of a larger effort to curb gun violence.

“Legislation alone is not going to solve gun violence,” said Rivera, who is a member of Mayors Against Illegal Guns, and also supports the Second Amendment. “But I completely support gun-control legislation. There is a lot more to be done, including having conversations about mental health.”

Gubler warned the audience not to be too quick to dismiss legal responses to control gun violence and urged them to be open to amending the Constitution if necessary. Growing up in her native Australia, Gubler witnessed how the Australian government, led by conservative Prime Minister John Howard, enacted strict gun control measures shortly after a 1996 mass shooting in Port Arthur that killed 35 people and wounded 23 others.

“The proof is in the pudding,” said Gubler. “The fact that we haven’t had a major massacre since then is a fairly important one.”

The Australian restrictions included banning automatic and semi-automatic weapons, stricter gun licensing protocols, and a buyback program that recovered more than 600,000 firearms. The government passed the reforms 12 days after the Port Arthur massacre.

“Legislation alone is not going to solve gun violence. … There is a lot more to be done, including having conversations about mental health.”
— Maria Rivera, mayor of Central Falls, Rhode Island

Some gun control advocates point to these measures as a model that could be followed by the U.S. But the issue is among the most politically divisive in the nation.

The Pew results also suggest that the divisions tend to fall along partisan lines. For instance, while a large percentage of Democrats support the creation of a federal database to track all gun sales and banning both assault-style weapons and high-capacity ammunition magazines, most Republicans oppose such measures.

Experts say current gun control efforts may face limits with a conservative majority in the Supreme Court. The most recent case before the court constitutes a challenge to a highly restrictive New York law that imposes strict limits on carrying guns in public places. Legal scholars say it’s too early to get a read on where the justices stand, and a ruling is not expected for months.

Finding a solution that placates both gun owners and those who favor gun regulation will require a major effort at a societal level, panelists said. Gubler says that for the U.S., the challenge lies in overcoming the polarization and division in American society over gun control.

“One of the reasons that the Australian model has been so successful is because of the trust and cohesion in the Australian population,” said Gubler. “Australia is not as polarized a country as the United States is. The images of people voluntarily surrendering their guns were moving images, not necessarily because they were giving up their guns, but because people worked together to find a solution to a social problem. Any positive change that’s going to happen in the U.S. needs to be supported by the same relations of trust and cohesion and political amity that was obtained in the Australian case.” 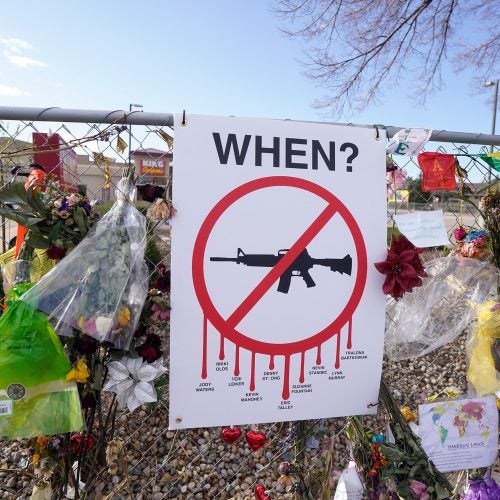 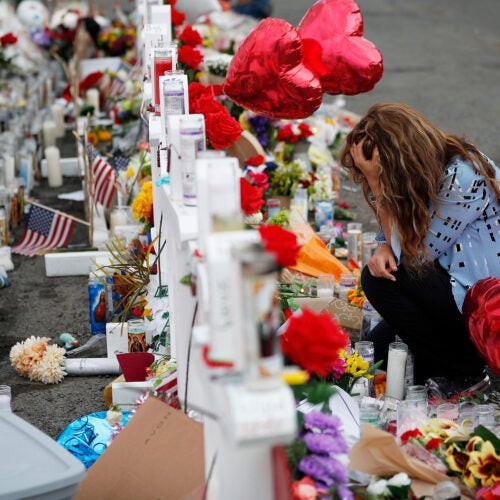 A public-health prescription: Tougher laws, an NHTSA for guns, and politicians who look more like America 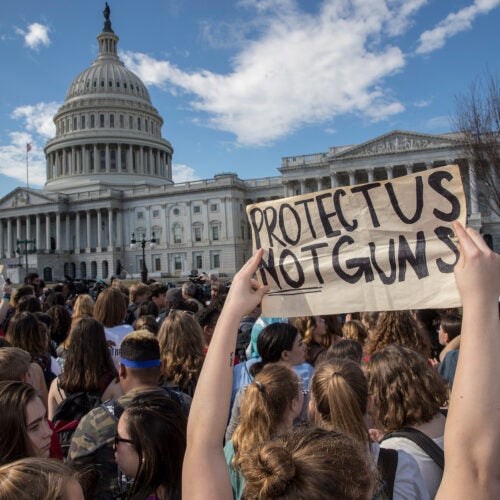