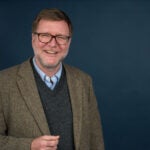 “We are up here standing together because if all our government and president can do is send thoughts and prayers, then it’s time for victims to be the change that we need to see.”
— Emma Gonzalez, senior at Marjory Stoneman Douglas High School, addressing a gun-control rally

This protest feels different. In the aftermath of yet another shooting rampage, the angry and organized outcry by surviving students at Marjory Stoneman Douglas High School in Parkland, Fla., has fanned a flicker of hope that the latest killings might prompt some tightening of state and national gun laws.

Using the hashtag #NeverAgain, many students who survived the Feb. 14 massacre have led an impassioned campaign against Florida’s relaxed gun laws, relaying their outrage to state legislators and savvily blazing a trail through the media with their stories of loss. They have coupled those tales with unflinching demands for government accountability, forcing even the adults in Washington, D.C., to pay attention.

After facing criticism over his response to the mass shooting, President Trump met with students, teachers, parents, and their local officials at the White House on Wednesday. When visitors asked what he could do to make students feel safe again in school, he suggested that teachers be trained to carry concealed weapons in class. During a lively CNN town hall session Wednesday night, several Douglas High students asked tough questions of Florida’s U.S. senators. The students plan a national school walkout day on March 14 and a march on Washington on March 24.

Douglas Johnson is a lecturer at Harvard Kennedy School and a former director of the Carr Center for Human Rights Policy. He teaches members of social protest campaigns, human rights non-governmental organizations, and agencies like UNICEF how to improve strategic thinking and expand their tactical knowledge. In a Q&A session, he talked with the Gazette about why the #NeverAgain protest is doing well out of the gate and what it may need to do to ensure that its efforts change gun policies and don’t fade once the media spotlight turns elsewhere.

GAZETTE: You’ve helped lead and advise many social protest groups over the years. What’s been your impression of the Parkland student-led uprising?

JOHNSON: So far, I think it’s been a very impressive effort on the part of the students there. They’re doing many of the classic things. I thought it was particularly effective for them to decide to go en masse to the state legislature and lobby and tell their stories. A classic organizer problem is how to couple real people and real stories to a problem so that they’re harder to dismiss and harder to ignore. And I think making it up close and personal, especially while this tragedy is right there, so visible to them, is a really good approach. I’m actually surprised this hasn’t been done before. What’s working for them are two things: One is the immediacy of this effort, and, sadly, the probability of another event like it happening within a very short period of time.

GAZETTE: What are the key components or steps that a social protest needs to be successful beyond just attracting attention?

JOHNSON: To keep going forward, it requires organization. It needs an investment in ongoing recruitment and engaging larger groups of people. The fact that there are legislators all over Florida, not just in Tallahassee, creates an opportunity for more actions involving more people across the state. One of the issues is always: How do you maintain momentum; how do you show momentum? They use the urgency to create momentum, and the fact that the plan carries forward helps to sustain momentum.

One of the big things that will work against them, of course, is that they’re students and they have a limited amount of time, they have limited capacity to get around, and they’re traumatized. And it could very easily hit them very soon, and that in itself could cause fear, especially when someone begins to react against them. And we know someone will start threatening them. So, how will they react?

The second issue, besides creating a plan for momentum that gives them objectives they can keep working toward, is it’s very important that they spend time with each other, building their community, diminishing fear, and [bucking] each other up to sustain action. That’s the difficult point, but it can be done. The classic [Saul] Alinsky notion is: anger, hope, and you can make a difference. These are the three elements that are needed in order to sustain things.

Certainly, we have the anger at this point. The anger has to be directed at particular points. What creates hope is you begin to settle on some clear steps that are logical, common sense, that can be broadly articulated and supported by ever-broader sectors of society. “You can make a difference” is that each one of them feels called to protect the country from this, and then gets directly involved. So they need to help themselves establish a sense of being called to [action].

GAZETTE: Many adults looking in from the outside have been quite struck by the passion and eloquence of the Parkland high school students in their demands that adults take action on gun safety, and some adults predict this protest may have staying power. What do you think, and what role should adults play, if any, in this movement? Is there a danger of it being co-opted by other protest groups, by adults with other agendas?

JOHNSON: What’s needed is the combination of organization and planning and capacity-building and the acknowledgement of the truthfulness that these kids are speaking so well. Social change happens because people make strategic alliances. The change happens when we recruit the middle, and that requires effort and resources, so the current energy also needs to generate resources that help the students continue the effort. If an organization is smart, [like the] anti-gun movement and so forth, it sees the power of the kids, and its purpose becomes to allow the children to speak and find children elsewhere to speak and find other people who can speak with such passion and intelligence.

Do we have an unusually articulate group here? Probably not. People are feeling called, so it was a reason why this group responded with such a passionate, angry, bewildered approach that didn’t happen elsewhere. But I would imagine that there are kids with this capacity in all the shooting cases — and there will be in the future. What the adults can learn now is the importance of listening to the children, of being ashamed that we haven’t been able to protect them. Success comes from building alliances, and I would worry less about co-option and more about powerful forces not reaching out to help them.

GAZETTE: If these students called you for advice, what would you tell them to do between now and the planned march on Washington next month?

JOHNSON: I’d suggest several things. One is to do a lot of thinking about the right targets. Who are the people whom they’re most likely to or need to stimulate? Who is the right target for pressuring at this point? Maybe it’s the president. He certainly has responded in one concrete way; that’s good news. They need to put effort to reach out to other students, and it sounds like they’re doing it.

They could look at other children-run movements — and there have been several, including a well-known one out of Canada. They can look elsewhere for inspiration, but they need to reach out and get allies to join them. It may well be that that first group they need to concentrate on is other junior high and high school students who can be passionate and speak with conviction, and recruit their parents into coming to the march. A big question in my mind always is: When is it right to have a tactical concentration, a Washington march? It’s a very risky thing.

GAZETTE: Because if it doesn’t result in a large turnout, the cause loses momentum and maybe even some legitimacy?

JOHNSON: Yes. And then the question is: What comes afterward? It’s not just the disappointment of what happens after that; it’s how do you top a big march? Very often in our imaginations, we think that the solution or the necessary component is a big march. Whereas those are very risky, they’re logistically complex, and unless you have in mind what’s going to follow up, then you almost automatically lose momentum afterward.

It’s not surprising that they decided to do this because that’s how the media teaches us that’s how social change is made. My own view is the way American politics is now, so broken, that I think we need to build things on the state level. With a good effort [in Florida], that will have a ripple effect on other states or inspire activists in other parts of the country for new targets for how we would operate.

It’s important not to overshoot what they can carry out in the passion of the moment. On the other hand, this may be inspiring enough that they will pull off a great march and that will be significant. But it still raises the question of what happens next. How is that effort translated into power?

GAZETTE: Does there need to be legislative change to gun laws for this protest to be historically meaningful? Occupy Wall Street, for example, was a broad, popular uprising that ultimately has come to be seen as a failed movement because it didn’t affect the law.

JOHNSON: It never had a goal. You could never articulate what they were trying to accomplish. People weren’t asked to do anything except come occupy some location. That’s a lot of energy and effort into not much. And I think it was, in the end, very discouraging for people because there was no leadership toward “Let’s go somewhere; let’s have some specific demands.”

This movement can have a whole series of demands. The question is how far do they think they can go with it? There’s going to be a lot of push and pull — let’s be minimalist, let’s be maximalist. People will argue, “It’s best to have a left wing that’s maximalist so that whatever compromise that comes forward is as strong as possible.” There are good arguments on both sides.

A good, strongly articulated vision that most people in the country would see as commonsensical might have the most political power to take us somewhere. Social movements are also very much about changing norms, changing frames about how people think about them. Here, this is about delegitimizing the aura of the NRA [National Rifle Association], the tremendous political power it wields over our society, its maximalist position. That’s what a social movement is ultimately about: to shift perceptions. And that’s often a very gradual thing, and sometimes it happens very quickly. You can’t always predict it. At least I certainly can’t.