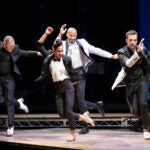 Tara K. Menon, who joined the English Department as an assistant professor in the summer, studies speech, conversation, and character in the 19th-century British novel. Menon’s forthcoming book, “Spoken Words,” incorporates big data in her examination of direct speech — the quoted words of fictional characters. In a conversation with the Gazette, Menon, who was born in New Delhi and raised in Singapore, discussed her research and writing, how a cartoonist influenced her work, and her time playing international sports. The interview was edited for clarity and length.

GAZETTE: You recently signed a book deal with Princeton University Press for “Spoken Words,” which originated as your dissertation. How does academia think about this topic?

MENON: Surprisingly, there has been little research on direct speech in the novel. My approach combines large-scale data analysis of a large corpus of texts and formal close readings of individual canonical works. I’ve been able to take this computational approach because I’ve been lucky enough to have excellent collaborators. Adaner Usmani, an assistant professor of sociology and social studies, wrote most of the code that my project uses. And since arriving at Harvard, I’ve also had the opportunity to work with a stellar group of undergraduate and graduate research assistants. My work allows us to observe basic trends in the use of speech across 900 19th-century novels. For example, at the beginning of the 19th century, characters were more likely to give longer speeches, but by the end, when realism has taken hold, we see shorter exchanges that more closely mimic dialogue between two or more people. My approach also prompts us to reimagine how we think about celebrated novels. To give another example, “Jane Eyre” is often thought of as a tight domestic drama that plays out between very few characters, but I show that there are actually 67 speaking characters in the novel. This simple fact surprises both lay readers and lifelong scholars of Victorian literature.

GAZETTE: How did you come to focus on speech in the novel?

MENON: Before I settled on fictional speech in general, I wanted to see what we could learn if we applied the Bechdel-Wallace test to 19th-century novels. The cartoonist Alison Bechdel wrote a strip that suggested that for a movie to pass the test it has to have two female characters who speak to each other about something other than a man. It’s kind of shocking how many Hollywood movies fail that very basic test. I wanted to see which of the canonical Romantic and Victorian novels would pass the test, and how they were different to those that failed. But when I discovered that there was so little written about speech in the novel, I decided to take a broader view and write about all fictional speech. But questions about the representation of female speech remain central to my work in “Spoken Words.”

I also write about speech because it is inextricably linked to fictional character. There’s always a sad moment in the life of an undergraduate when you learn that you’re not supposed to talk about characters as though they’re real. Instead of dismissing this impulse, I believe we should teach people how to better understand the formal techniques in the novel that are the reason so many of us think and talk about characters as if they are real people. My work argues that speech is a fundamental reason people believe in fictional characters. When we read direct speech, we feel like we are getting “direct access” to characters. Speech and conversation play a huge role in why it is that when someone picks up “Pride and Prejudice” they often say things like, “I love Elizabeth Bennett” or “I hate Mr. Collins.”

GAZETTE: What are you teaching this fall?

MENON: I’m teaching “City Fictions,” a lecture course focused on four big cities, London, Bombay, New York, and Tokyo. We read one main text per city — Charles Dickens’ “Bleak House,” Suketu Mehta’s “Maximum City: Bombay Lost and Found,” Teju Cole’s “Open City,” and Yu Miri’s “Tokyo Ueno Station” — but the syllabus also includes movies, television shows, journalism, maps, and short stories. The class examines how writers of different genres capture the many contradictions of city life, and how a single geographic place can contain many worlds. The New York in Edith Wharton’s fiction, “Sex and the City,” and “Do the Right Thing” are entirely different cities. Why and how does that matter?

“When we read direct speech, we feel like we are getting ‘direct access’ to characters. Speech and conversation play a huge role in why it is that when someone picks up ‘Pride and Prejudice’ they often say things like, ‘I love Elizabeth Bennett’ or ‘I hate Mr. Collins.’”

GAZETTE: You do a lot of public writing. How does that inform your teaching?

MENON: When I write about Arundhati Roy or Sally Rooney for a general audience, my goal is the same as when I teach a class like “City Fictions.” I want to give my students and my readers the language to talk about what they are reading or watching and be able to argue about whether it is good or bad, funny or offensive, progressive or conservative. One of my primary pedagogical philosophies is that I want students to be able to argue and convince. I try to model that in my public writing. It feels that today there is a tendency to either dismiss those we disagree with or else agree unthinkingly with people whom we like. Fundamentally, I believe that argument — respectful, but fierce — is the best way to knowledge.

GAZETTE: Some of your writing has extended to sports. Can you talk about how it became such an important part of your life?

MENON: I played sports since I can remember: swimming, tennis, netball (which many Americans haven’t heard of), soccer, basketball. Basketball was my first true love, which is tragic because I’m 5-foot-3-inches. One of the many privileges of my life was that I had an outstanding basketball coach named Kevin Reece. He took it so seriously and he treated us, young teenage girls, like we were professional athletes. The lessons I learned from him remain fundamental to how I think about hard work. Another great fortune is that on the first day in this new school, I played a sport called touch football — a six-a-side version of rugby — in PE class. The PE teacher happened to be the coach of the school team and he invited me to trial. A few years later, I made the Singapore National Touch Football team, at age 17, and then I was one of the youngest players at the 2007 World Cup in South Africa. After the 2011 World Cup in Scotland, I switched my national allegiance and started playing for the United States, which I did in 2015 in Australia and in 2019 in Malaysia.

GAZETTE: You’re a big LA Lakers fan. How did they become your team?

MENON: My parents lived in South Korea in the ’80s when the only English channel was the American Forces Network, which showed a lot of NBA basketball. My parents were two Indians living in Seoul who had never watched basketball before, but they were captivated by the “showtime” Lakers — Magic Johnson, Kareem-Abdul Jabbar, James Worthy — and so I was born into a Lakers household. And then, when I was coming into sports fandom, the Lakers were magic again: Shaq, Kobe, Robert Horry, Derek Fisher. It wasn’t too tough to be a Lakers fan then, and, I must confess, it’s not tough right now either.