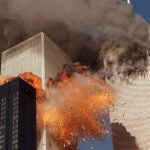 All degree candidates must fulfill the requirements of one of the recognized fields of concentration, an approved joint concentration, or an approved special concentration. A student’s concentration is his or her commitment to a particular discipline, field, or specialization. All concentrations provide students with opportunities for appreciating, assimilating, and making applications of a coherent body of knowledge … The choice of a concentration is an important decision, requiring inquiry and reasoned judgment and some creative research on the part of the student. (“The Concentration Requirement,” Handbook for Students, Harvard College)

A woman and her little boy came to the front of the patrol base today. She needs help. She is accompanied by her brother. Her little boy has large blisters across the right side of his body. As a courtesy, our medic takes a look, but the burns are too deep, too extensive. He suggests that at best the physician-assistants back at the FOB may be able to help. I ask the commander, who hesitantly offers her a ride in one of the Humvees. There is one seat left. She refuses. She says she cannot be seen in an American vehicle, especially without her brother. Through my interpreter, “Thomas,” I plead with her. Please. Please come with us. Think about your baby. Please. My commander is impatient. I run into the street and stop a vehicle at gunpoint. I make the driver take the woman and son and brother. They begin to follow the patrol back to the FOB.

Near Eastern Languages and Civilizations

A teenager came to the front of the patrol base today. All by himself, seeking help. He knows there was an American operation last night and he has come asking about his father. Where can I find him? What hospital is he at? I sadly inform him that he is best served by going to the police station to retrieve his father’s body. I can see the sadness and the rage well within him. The other soldiers insist that we detain him. He is an IED waiting to happen. I let him leave with his anger. He has already been robbed of enough. I round up my gear, my interpreter, and a few soldiers and we march through the town to find the rest of the family. I feel they should hear it from me first. I am sorry. I am told that during the raid he pointed a weapon at the soldiers. Please, can we offer you anything, some food to help ease the loss of your breadwinner? They say he was in the Iran-Iraq War, and he never came back the same. They say it was his time.

A man was digging on the side of the road today. Our patrol was driving through the farm fields north of the patrol base. We clear the kill zone and stop, rifles drawn. The man stands. He is tall, beard and hair like a lion. He slowly walks toward us, hands behind his back. In the end, no one fires a weapon. The man is tackled and flex-cuffed. We fan out into the fields and are directed to this one house where an old woman comes out. She takes control of her son and sends him inside. We are told he is unstable, not right in the head, that he has been stopped many times before. My interpreter translates. Ma’am, please keep an eye on your son in the future, for his sake. We almost shot him. For my sake, she says, I wish you did.

A colonel was promoted to brigadier general today. An honor someone decided was worthy of an artillery gun salute. My fire support team is tasked to observe rounds. We conduct a dress rehearsal the day before. We pick out an empty field, a full square kilometer of open dirt. At the agreed-upon time, we place the call for fire. Charlie Battery, this is Reaper. Three rounds, high explosive at Known Point One, fire when ready. Charlie Battery, we have rounds unobserved, check fire. Check fire. We get in our Humvees to determine where the rounds landed, one kilometer beyond the target area, in a farm field, where women are working. One woman must be medically evacuated by helicopter. The shrapnel causes a miscarriage. I am told there will be an investigation. I am told no one knows why the rounds fired too long. I am told to deal with it. A year later, I am told a rumor that there was a mistake, too much charge was used. I never hear from the newly promoted brigade commander, and neither do the affected families. I am left with my interpreter to apologize on his behalf, on my behalf.

English and American Literature and Language

An email arrives in my inbox today. It has been almost 10 years since I came back from Iraq and I receive a request regarding a Special Immigrant Visa application for “Thomas,” my interpreter. My friend. Ahmed. I am asked to write a letter of recommendation for him and his family of five children. I have written many papers and letters and signed my name to many important documents since graduating Harvard. I wrote many operations orders and briefings for senior officers. I work for the federal government. But the emails I send and the letters I write on Ahmed’s behalf are the most significant writing I will ever do because he and his family will now live outside of Denver. I often wonder why I signed up and what good I ever did, but Ahmed and his wife and his five boys will live in Aurora, and they will struggle, but they will be alive.

Joe Linhart is a Class of 2003 graduate of Harvard College. He deployed with the U.S. Army to Iraq in 2005. He was a history concentrator. 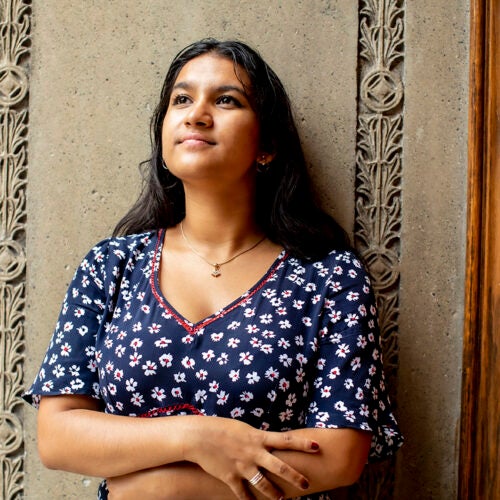 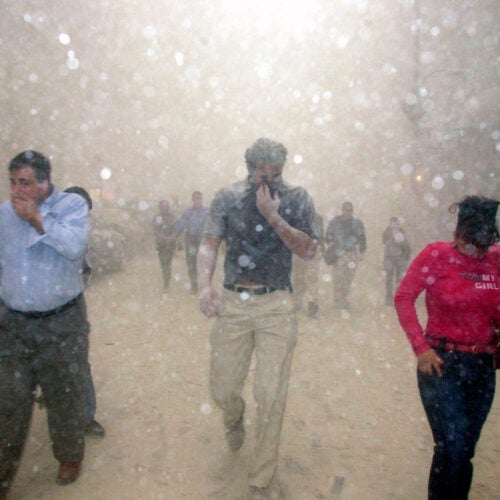