Dan Barouch and the birth of the J&J COVID vaccine 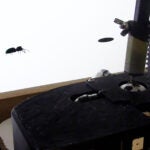 As lab retreat days go, this one wasn’t extraordinary, at least not at first. The 60 members of the Barouch lab at Beth Israel Deaconess Medical Center (BIDMC) gathered at Boston’s Museum of Science on Jan. 10, 2020, to look back at the year just finished and plan for the one ahead. Talk touched on reports of a pneumonia that had arisen in Wuhan, China, infecting about 40 people and killing one. What worried lab leader Dan Barouch were accounts of possible asymptomatic transmission.

“While mild illness seems to be a good thing, it increases the chance that, through people who are asymptomatic, it might spread easily,” said Barouch, Harvard Medical School’s William Bosworth Castle Professor of Medicine and head of BIDMC’s Center for Virology and Vaccine Research. “That’s the recipe for a pandemic.”

It would turn out to be just that. Hours later, Chinese researchers released the virus’ genome sequence to researchers around the world, setting Barouch and his lab on a grueling sprint that would culminate in an effective vaccine for COVID-19 developed by Johnson & Johnson and one of three granted emergency use authorization in the U.S. For that achievement, Harvard has awarded Barouch the coveted George Ledlie Prize. Last bestowed in 2017, the prize is given no more frequently than every two years to a member of the Harvard community who has, “since the last awarding of said prize, by research, discovery, or otherwise, made the most valuable contribution to science, or in any way for the benefit of mankind.”

“Dan is a superstar,” said Harvard Provost Alan M. Garber. “We have such a long history of developing not only new therapies, but new ways of thinking about basic human biology. Dan’s work shows how you go from basic discoveries and laboratory innovations to developing an effective, widely used health intervention.”

The project was accomplished at the relatively breakneck speed of about 13 months. But the lab and Barouche were already well prepared. A few years earlier, members had had promising results from three Zika vaccines they rapidly developed during the 2015-2016 outbreak. Zika’s spontaneous waning, while good news for public health, meant clinical trials beyond phase 1 weren’t possible, but the candidate vaccine was ready to go should the contagion re-emerge.

There was also an HIV vaccine in clinical trials. That was the result of more than a decade of work, including the initial task of developing the vaccine “platform”: a neutered cold virus called Ad26 that, while not infectious, worked as a vehicle to carry manufactured DNA into the body bearing instructions on how to fight microbial invaders. The years of toil had resulted in a disease-fighting tool that could pivot to meet different public health threats by changing the DNA instructions it carried. And, though work was stalled on Zika, it was progressing on vaccines for HIV, tuberculosis, Dengue fever, influenza, and West Nile virus.

Garber said the foundational work Barouch did early in his career, when his research was focused on HIV, led to the development of the Ad26 vaccine platform. Developed for the work on HIV and tested on both HIV and Zika, the vector was ready when SARS-CoV-2 emerged.

“I’ve never worked so hard in my life. This has been a year like no other.”
— Dan Barouch

Once Chinese researchers released the genome on the evening of the lab retreat, Barouch and his colleagues were rapidly able to identify the virus’ spike protein as a vaccine target and manufacture the DNA instructions for delivery into the body. Once inside the body, the DNA instructions cause the body to manufacture the spike protein, which allows the immune system to recognize the COVID-19 virus when it sees the real thing.

“I emailed scientists in my lab, and we started working on it that same night,” Barouch said. “We worked over the weekend and when we got back to the lab on Monday, we had candidate antigens designed, and we started the actual process of making the vaccine.”

The prize, awarded by the President and Fellows of Harvard College, also known as the Harvard Corporation, one of the University’s two governing boards, was approved on the recommendation of Garber and Harvard President Larry Bacow, after nomination by Harvard Medical School Dean George Q. Daley.

“Even before COVID-19 was declared a pandemic, Dan Barouch and his team were working to design a vaccine against SARS-CoV-2. Today, we are reaping the benefits of his elegant science, which produced a single-shot COVID-19 vaccine now used around the world,” Daley said. “Dan’s latest achievement follows decades devoted to studying and combating HIV, Zika, and other infectious diseases — an impressive body of work fueled by his passion for discovery and his dedication to saving lives and improving human health. A Harvard College and Medical School alumnus, Dan is truly an exemplar of our mission in action.”

The prize was created in the will of 1884 Harvard College graduate George Ledlie and first awarded after his death in 1927. Previous recipients include Thomas Weller, who figured out how to grow polio virus in a lab dish, an advance that led to the development of the first polio vaccine; Lene Hau, a physicist who figured out how to slow down light, the speed of which is considered in physics as one of the universe’s constants; stem cell pioneer and diabetes researcher Douglas Melton; and most recently, in 2017, Paola Arlotta, whose work has deepened understanding of the developing brain and brain diseases.

“I’m honored to be in the company of such an amazing group of people,” Barouch said. “It’s a great honor for me to be nominated and selected for this prize.”

Barouch said he’s gratified to have been able to develop a vaccine that enriches the global arsenal in the fight against COVID-19. The Johnson & Johnson vaccine is based on different technology than the two messenger-RNA-based vaccines from Pfizer and Moderna that have also been approved. J&J’s vaccine can be administered in a single shot and stored at warmer temperatures than the two-dose mRNA vaccines, making it particularly useful in remote parts of the globe, where the deep freezers needed to store the mRNA vaccines are scarce and where people sometimes must travel long distances to a clinic. It has been approved for use in about three dozen countries so far, with Vietnam granting approval this week. President Biden has also committed to sending millions of doses to the international COVAX organization, which is distributing vaccines to developing nations where they are otherwise scarce. Johnson & Johnson itself has committed to supplying a billion doses to the world this year, including at least 500 million to the developing world.

Barouch said that development of this vaccine had to be done in the setting of a virologist’s nightmare. He and members of his lab watched as a distant, albeit troubling, ailment rapidly morphed into a planet-spanning pandemic that drew closer and closer to home.

“In early January [2020], it was still more of an academic exercise,” Barouch said. “But as January, February, March unfolded, it became very real, very quickly. Never before have we had to race to make a vaccine to protect not an isolated population somewhere in the world, but rather people in our own country, people in our own community, and even our own families. And that level of urgency, global urgency, personal urgency, we had never felt before — I’ve never felt before — as a physician, as an investigator, or as a research group.”

When the initial COVID shutdown occurred in March 2020, the lab temporarily halted its work on AIDS, Zika, and other diseases. But instead of heading home as they could have, those researchers shifted to COVID work, Barouch said.

“Nobody was required to come to work, but every single person did. No one was required to work nights and weekends, but every single person did. The dedication of the people in the lab was just truly amazing,” Barouch said. “Everyone worked as a team like we’ve never worked before. And whenever there was a task to do, whoever was available with the skill to do it would volunteer. Everything was based on people volunteering.”

As it did across the health care landscape, the pandemic forced an exhausting pace. Barouch said he didn’t take a day off from Jan. 10, 2020, the day the genome was first published, until the FDA granted the vaccine emergency use authorization on Feb. 27, 2021.

“I’ve never worked so hard in my life,” Barouch said. “This has been a year like no other.”

With the emergence of viral variants, including the global surge of the delta variant, which arose in India earlier this year, Barouch said work in his lab is continuing on COVID-19 vaccines. That work will be needed, he said, because viruses regularly mutate and evolve. And, with some 200 million cases globally, there are still many opportunities for that evolution to result in new variants.

“Viruses evolve. That’s what viruses do,” Barouch said. “With 200 million people infected worldwide, we have to expect that the virus will continue to evolve until we get the numbers down. The only time the virus will stop evolving is when we’ve stopped the pandemic, and the only way to do that is to vaccinate the world.” 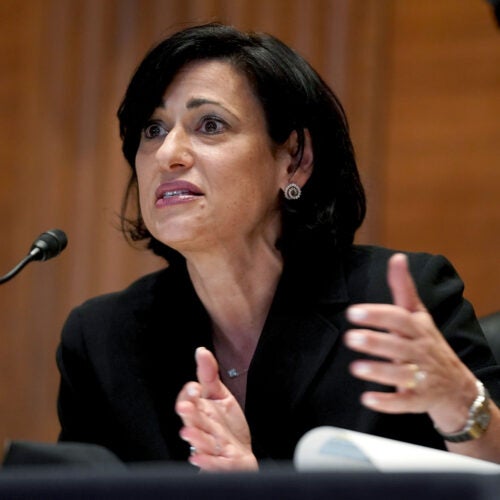 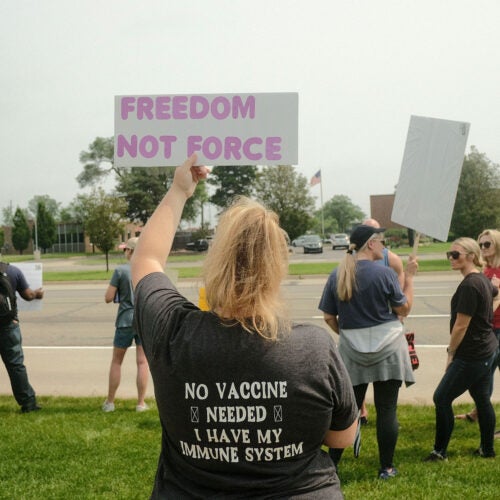