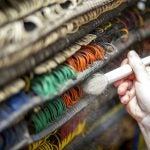 Add this to the list of spidey senses: Harvard researchers have shown that jumping spiders can distinguish between animate and inanimate objects — an ability previously detected only in humans and other vertebrates.

Using a specialized treadmill system and point-light display animation, the scientists found that the spiders can recognize the visual movements of living organisms, or biological motion. The ability to read these visual cues allows people, even babies, to spot another creature just by the way its body moves. Many animals have the same ability, which is evolutionarily ancient since it is so widespread across vertebrates.

The study from the Harvard team is believed to be the first demonstration of biological motion recognition in an invertebrate, raising crucial questions about both the evolutionary history of the ability and complex visual processing in non-vertebrates. The discovery “opens the possibility that such mechanisms might be widespread across the animal kingdom and not necessarily related to sociality,” the researchers wrote in the paper, which published in PLOS this month.

The research was authored by scientists in the lab of Paul Shamble, a John Harvard Distinguished Science Fellow. Massimo De Agrò, previously a postdoctoral researcher in the lab, led the project, collaborating with co-authors Daniela C. Rößler, also a former postdoc, and Kris Kim, a current researcher in the Shamble Lab.

The researchers chose jumping spiders to test biological motion cues because the animals, with eight eyes, are among the most visually adept of all arthropods.

The team placed the spiders, a species called Menemerus semilimbatus, into a forced-choice experiment. They suspended the animals above a spherical treadmill in such a way that their legs could make contact with it. Each spider was kept in a fixed position so that only its legs could move, transferring its intended direction to the sphere, which was powered by a stream of compressed air.

(Friendly disclaimer: No spiders were harmed during the experiment, and all were freed in the same place they were captured.)

Once in position, the spiders were presented two animations as stimuli, each consisting of a dozen or so small lights (or points) attached to key joints of another spider. The body itself was not visible, but the digital points gave a body-plan outline and the impression of a living organism. In humans, for example, it only takes about 11 dots on the main joints of the body for observers to correctly identify it as another person. 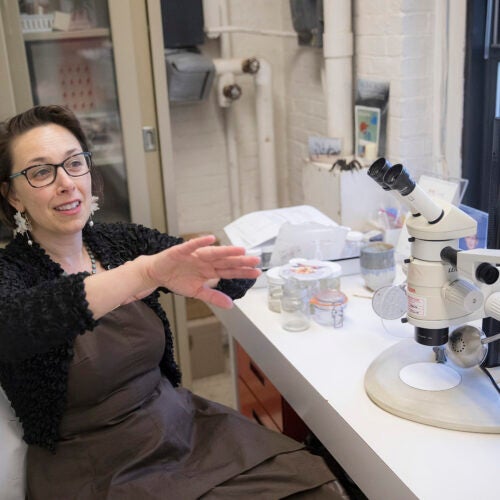 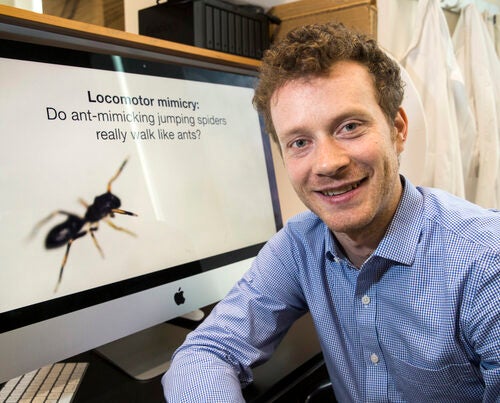 As the researchers observed how the spiders reacted, they noted that the animals responded to the different point-light displays by pivoting and facing them directly, which indicated that the spiders were able to recognize biological motion. Curiously, the team found that the spiders preferred rotating toward the random display when it was part of the choice. The researchers initially thought they would turn more toward the displays simulating another spider and possible danger, but the behavior made sense in the context of jumping spiders and how their secondary sets of eyes work to decode information.

“The secondary eyes are looking at this point-light display of biological motion and they can already understand it, whereas the other random motion is weird and they don’t understand what’s there,” De Agrò said.

The scientists hope to examine biological motion recognition in other invertebrates, including mollusks. The research could lead to greater understanding of how these creatures perceive the world, De Agrò said.