Looking to ignite questions rather than supply answers 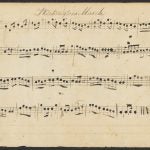 With digital archive, a time and a new way to understand colonial history

English professor embraces the essay as a form for exploring art, literature, politics

For Jesse McCarthy, understanding a society necessitates understanding its cultural products and its politics. In his new collection of essays, “Who Will Pay Reparations on My Soul?,” the assistant professor of English and of African and African American studies explores connections between art, literature, and politics in his own life and in Western culture more broadly. He also highlights the range of the essay as a space for experimentation and self-expression.

The book includes an analysis of Blackness in Western art history through the work of Spanish master painter Diego Velázquez and his lesser-known counterpart Juan de Pareja, a study of R&B singer D’Angelo’s 2014 album “Black Messiah” and its “analog politics” amid the 2015 Black Lives Matter protests, and a reflection on growing up and returning to Paris as a Black American.

The Gazette spoke to McCarthy about his love of the essay and why he hopes his book finds an audience with young people.

GAZETTE: Where does the title of the collection come from?

MCCARTHY: The title is an homage to Gil Scott-Heron — it comes from his song “Who’ll Pay Reparations on My Soul?” He was a writer, a poet, and a musician, who used his art as a vehicle for ideas and politics and critical thinking. All of those things are really important to the book. This specific song title also had the added advantage of being in an interrogative form, which is important to the spirit of the essays. I’m more interested in asking and provoking questions than in providing answers. This isn’t a prescriptive book — you can’t open it and find an answer to the question of reparations for racial injustice in America or anywhere else. But hopefully, you can open the book and it will provoke you to think about those problems in new ways and raise a bunch of new ones too.

GAZETTE: What about the essay form appeals to you?

MCCARTHY: Well, there’s a long and distinguished tradition of essay writing, particularly in the African American literary tradition, of using the essay as a site for tying together a number of different strands of autobiographical, philosophical, aesthetic, and political reflection. I’m interested in contributing to and furthering that tradition. I also think of the essay very much in Montaigne’s etymological sense, from the French verb essayer (to try or attempt). The essay is not definitive, but rather creates a space for formal experimentation. There is sometimes a misconception that the essay is occasional: Something happens in the world — a book comes out or a record comes out — and you sit down, and you’re sort of a genius, and this gem of a piece of prose comes out. And that’s absolutely not the case. It’s true of all writing that, in my view, you can’t achieve enough control over your thoughts and words on a first pass. There is an agonizing process of going over something again, and again, and again, and it’s the exacting self-examination of your own ideas that allows you to discover something interesting and worthy of retaining.

GAZETTE: Is there an example from the book that illustrates that experience for you?

MCCARTHY: One example is an essay I wrote about trap music called “Notes on Trap,” first published in the literary magazine n+1. Initially, I had written it in a standard autobiographical manner, and there were many, many drafts — it took me essentially two years to write the essay. It wasn’t until very late in the process that I realized that the problem I was having was actually a formal one. The form I was using was getting in the way of making sense of the subject. Once I realized that, I adopted a different form altogether based on the discarded notes form that Susan Sontag famously used in her essay “Notes on ‘Camp.’” Once I posed the questions in that form, it actually changed how I listened. I could hear differently. It changed how I thought about the subject.

GAZETTE: In the book, you write that you hope younger readers will gravitate toward these essays. Can you talk more about why that is?

MCCARTHY: It’s no secret that we’re living through a time of crisis, one in which many assumptions are being challenged. My book is for all readers, but I’m especially interested in speaking to the generation that is coming of age in the middle of all these shocks. There’s a lot of fractious noise out there telling you who you have to be, what is and isn’t the right way to think about art, politics, and ideas. That’s true in general, but it’s especially true when you throw race into the mix. I hope my essays cut against and through that. I hope they serve as a kind of model for how a critical voice can absorb and be alert to the issues of the day, while at the same time finding an anchoring point that is self-determined and “free within ourselves,” to echo a famous line from Langston Hughes.

A good essay should show the activity of the mind and sort of catch it in flight. Ideally that reflection is open to the world and also capable of repurposing it in the service of a new orientation. Out of the old and the new, the past and the present, the personal and the impersonal, you try to pull it all together into something new. When it works, the reader should come away feeling like they can see a bit further than they could before. It should leave you abuzz with that tingling sensation that comes from being enrobed in a new perspective.