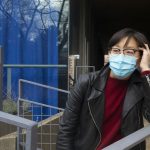 A literary translator, far from home, feels a tie with an exiled Ovid

“I am very interested in other people’s stories,” said Sukin “Hannah” Sim. She loves to read historical fiction (recently, “Pachinko”), almost majored in history (a subject built on stories), and dove into quantum computing after reading a magazine article about the mysterious new field.

“Even when I’m 60 or 70, I’ll only have learned a very little percentage of what there is in life and the universe,” Sim said. “There’s so much that I don’t know, but that’s also what’s beautiful, right?”

Sim, who earned her Ph.D. in chemical physics from the Graduate School of Arts and Sciences, chose a field rife with the unknown. She develops algorithms and writes software, the complex computational stories that dictate how quantum computers tackle problems such as how to design more secure encryption or bespoke molecules faster than any classical computer.

But in a field full of mystery, Sim is wary of quantum computer scientists hoarding information in their heads or releasing it to only a limited audience. So, while she writes pivotal algorithms, she also pens articles for the public, sharing her knowledge through open-source software codes, podcasts, and YouTube, and mentoring high school students to make sure the next generation of thinkers can continue writing the quantum story where she and others leave off.

Otherwise, Sim said, “the knowledge is stuck with you.”

Growing up in South Korea, Sim spent more time exploring than reading assigned books or finishing homework. She especially loved building with Lego blocks — the origin, she said, of her curiosity about science and complex construction.

Then, when Sim was 8 years old, she and her family moved to Acton, a suburb of Massachusetts, and built a life far from any extended family. Bonded through their shared “immigrant experience” (Sim often acted as a translator for her mother, who spoke little English), the family grew even closer. (Today, the Sims’ pandemic pastime is exploring western Massachusetts trails with their little chiweenie named Louie).

By high school, Sim was already attracted to science, especially the relatively new mashup of chemistry and computer science called computational chemistry. As an undergraduate at Wellesley College, she nearly chose to major in history but was more attracted to another kind of power, one that exerts an invisible influence over absolutely everything on Earth: quantum mechanics.

In 2015, during her senior year at Wellesley, Sim heard Alán Aspuru-Guzik, then a professor of chemistry and chemical biology at Harvard, give a talk about his work in quantum computing and machine learning. Sim gushed over his research and, when Aspuru-Guzik invited her to join a lab meeting, she jumped at the opportunity. Later that fall, she joined Harvard and his team.

The transition wasn’t easy. Imposter syndrome nagged Sim and, even a year and a half ago, graduation seemed like a hazy hope. But Aspuru-Guzik helped: He told her stories from when he, too, felt like an imposter. She realized that sharing her story — with family, friends, her mentor — and listening to their stories was critical. Her Ph.D., she said, taught her to prioritize her life.

“Science is important but, at the end of the day, so is mental health,” Sim said.

In the Aspuru-Guzik lab, Sim worked with another mentor, postdoctoral scholar Peter Johnson, to build a mathematical method to describe particular types of so-called quantum circuits, a set of instructions to manipulate qubits, the basic unit of information in a quantum computer. Johnson, a mathematical physicist, taught Sim the math needed to create their method, and together they published a seminal paper on their findings.

“Someone like Peter, for me, was a huge help,” Sim said. Now, she hopes to continue what she sees as a “flow of mentorship,” by guiding those behind her, especially those underrepresented in STEM fields. Recently, she mentored two high school girls who already see quantum mechanics in their future. She’s also had female undergraduate and graduate students in STEM reach out to her for advice. “I don’t have all the answers,” she admits to them; instead, her goal is to “make sure they feel like this is a choice that they have; they can enter this field. They’re qualified.”

In mid-April, right after graduating, Sim joined Zapata Computing, a startup founded by a team including two of her mentors, Aspuru-Guzik and Johnson. As a research scientist, she’ll continue to work on improving algorithms for early stage quantum computers and she hopes to one day help deliver quantum computers their “quantum advantage,” the pivotal moment when quantum computers will eclipse the classical in both speed and accuracy for certain tasks.

But to get there, Sim said, “You need a quantum computer with tens of thousands or even millions of quantum bits (or qubits). Today, one of the best computers has on the order of 100 qubits.” In the meantime, she plans to work to get the most of out of current “noisy” quantum computers. This could still be useful in accelerating the design of new chemicals, materials, and drugs.

Even quantum scientists don’t fully understand quantum mechanics yet, which makes translation all the more difficult. Encouraged by Aspuru-Guzik, Sim has worked hard to spread the quantum story: She participated in a TalkPython podcast, shared her quantum origin story in a YouTube series called “SuperPosition,” and posted an article on Medium to discuss variational quantum algorithms with the general public.

At home, she can talk some shop with her father, who designs computer processors (for classical computers), and her younger sister, a computer scientist.

“Scientists have this reputation of overwhelming conversations with formulas and equations and everyone’s like, ‘OK, you’re smart. I get that,’” Sim said. “I want to help break that stereotype. Science is like history.” And like any good historian, Sim knows how to tell a good story.