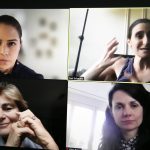 Only a little change for migrants at the U.S. border

Her new book, ‘On Juneteenth,’ explores the complexities of the past and how we think of them

While the story of her home state is a large part of the focus of historian Annette Gordon-Reed’s latest work, “On Juneteenth,” it is also a very personal project.

Gordon-Reed’s new, 144-page book is named for the holiday commemorating the moment when news of legalized slavery’s end in the U.S. finally reached African Americans in Galveston, Texas, on June 19, 1865 — about 2½ years after the Emancipation Proclamation. A blend of history and memoir, it shines a light on some of her early experiences in the segregationist South — she became the first Black student to attend a white school in her town — and how the country’s largest state “has always embodied nearly every major aspect of the story of the United States of America.”

Gordon-Reed, the Carl M. Loeb University Professor, is famed for her groundbreaking “Thomas Jefferson and Sally Hemings: An American Controversy” (1997), in which she showed that the nation’s third president, Thomas Jefferson, had fathered the children of Sally Hemings, a woman he enslaved. Her 2008 follow-up, “The Hemingses of Monticello: An American Family,” chronicled the lives of Hemings and her children, earned her a Pulitzer Prize in history and a National Book Award.

The Gazette recently spoke with Gordon-Reed about her latest work.

GAZETTE: Can you remind us what Juneteenth is and why it’s so important?

GORDON-REED: Juneteenth refers to June 19, 1865 when U.S. Army Gen. Gordon Granger arrived in Galveston, Texas, and announced that slavery was over in the state. It was originally celebrated as Emancipation Day by former enslaved people and their descendants. Now it is a state holiday in Texas.

GAZETTE: You’ve said your editor had long wanted you to write a big book about Texas. How did you land on this much smaller, more intimate blend of history and memoir involving Texas? And as a historian who has typically written about subjects far removed, was focusing on your own life a difficult shift?

GORDON-REED: Well, I had other book projects to deliver, and I couldn’t put them aside for another big book. I had just written an essay on Juneteenth for The New Yorker, talking about the origins of the holiday and the way we celebrated it during my childhood. And in the previous year, I had done a big review — five books — for the New York Review of Books about Texas. The topic had been particularly on my mind. I was in Manhattan, and it was just around the height of the pandemic. Doing a short, intense project seemed to fit the moment. Bob Weil (my editor), Faith Childs (my agent), and I all thought a memoir/history would be a nice departure for me.

It was a bit difficult to write about myself at first. But I always wanted to do this type of writing. From the time I was a kid, I wanted to be a writer. And when I thought of what kind of writing I would do, it was this kind. Essays and novels. Of course, I had James Baldwin in mind. Doing essays for magazines, writing novels, maybe a screenplay, sitting in a Paris café … That kind of thing.

GAZETTE: In the book you write that the history of Juneteenth “shows that Texas, more than any other state in the Union, has always embodied nearly every major aspect of the story of the United States of America.” Can you tell us more?

GORDON-REED: All the major currents of our history are found there: westward expansion and the clash with Indigenous people; plantation slavery; the interplay between Anglo and Hispanic culture; the fight to be a self-standing republic; Jim Crow; and hyper-religiosity.

GAZETTE: In a recent interview you said you were thinking about your mother and father as you began work on the book in 2020, and that you wanted to “put them in history.” What did you mean?

GORDON-REED: This goes back to the pandemic, I believe. Just thinking about how they would have experienced this unprecedented time, and from there thinking about the times they lived in in Texas. Deciding to have me be the one who integrated schools in our town was a momentous thing for our area — a small-scale historic act. And I wanted to write about that. I was going through some old boxes, and I found an essay I’d written about my town and these events. I don’t remember when I wrote it, but it was definitely years ago. It was a precursor to the Chapter “A Texas Town,” remarkably similar, though I had forgotten I had written this.

GAZETTE: Can you tell us a little bit about Estebanico, who traveled through Texas alongside a Spanish conquistador in the 1500s, and your decision to include him in your narrative?

GORDON-REED: Estebanico has been described as a “Black Arab” who was sold into slavery and was brought to the Americas with Spanish Explorers. He is the first recorded person of African descent in the area that would become Texas. Through a series of misadventures, the expedition that numbered in the low hundreds dwindled to a handful of people. The most famous person in the expedition that would be known to people was Álvar Núñez Cabeza de Vaca. Estebanico, Cabeza de Vaca, and two other men spent years enslaved by Indigenous people. After their escape, they walked across what is now Texas into Mexico, ending up on the Pacific seaboard. Estebanico served as a translator between the Europeans and Indigenous people. He apparently had a talent for languages.

GAZETTE: In “On Juneteenth” you examine Texas’ struggles and your own experiences with racial injustice and inequality. Where do you think Texas stands on these problems today?

GORDON-REED: It’s a mixed bag. There are people in Texas — people of all races and types — who want to move into a better future that takes the state beyond living in the past. The funny thing is, part of the mythology of Texas is of being a place looking to the future without fear. I’m seeing a lot of what I think can be described as fear of the future — of a certain kind of future — one in which whites don’t dominate everything. There seems to be a fear that if people of color have any power, whites will inevitably be harmed; that people of color will naturally want to hurt whites — a zero-sum game. There’s no evidence for that. 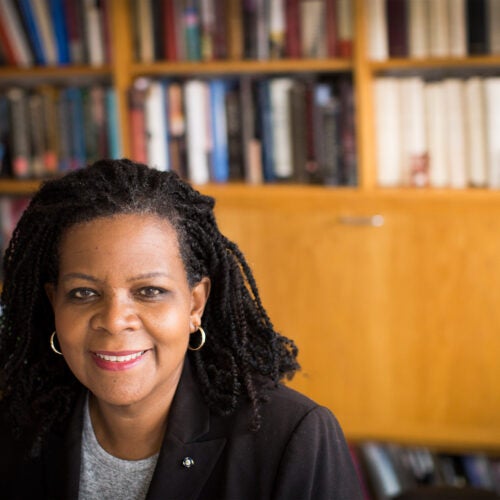 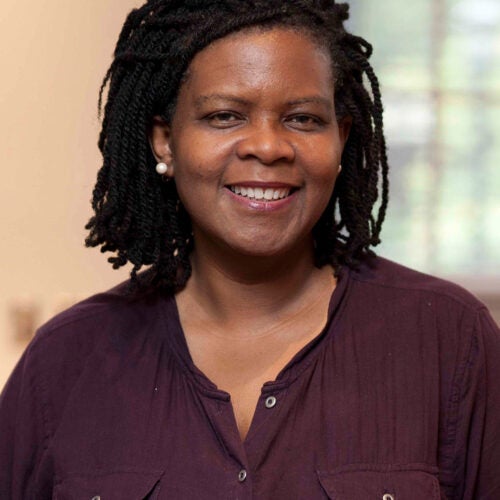 The people who harbor those fears are, to be Freudian about it (specifically, Anna Freud), projecting. “Here’s what we would do if we were in their position and they had done to us what we have done to them.” But the evidence indicates — and Juneteenth shows this — that Black Texans have wanted to live in peace and with equal opportunities to live with dignity as Americans and Texans.

Unfortunately, that desire has too often been thwarted by those who feel that if whites are not dominating every single thing, they are being oppressed. That’s a feeling that comes from within. It’s not based on outside evidence. I don’t know what can be done about that, but it is work that has to be done within the white community. It’s common for people to say that Black people have to interrogate some aspects of our culture if we want to solve problems and move ahead. I think the same can be said of whites on this score.

GAZETTE: You also write that it was in Texas where you learned to think “that people could, and should, try, in whatever way they can, to make life better for others alive today and for those to come.” How did that thinking inspire your future work?

GORDON-REED: Well, it made me want to be a practicing lawyer, as a practical way to contribute to society. It didn’t work out that way for me. That was not my calling. So, I pivoted back to what I feel most comfortable doing, researching and writing. If I am to make any contribution, it will come from that.

The Harvard Office of Diversity, Inclusion, and Belonging is commemorating Juneteenth at Harvard with “A celebration of Black freedom, food, and family traditions,” which includes a talk by Annette Gordon-Reed at 4 p.m., June 14. For more information, visit the website.