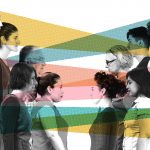 How to get people to talk to one another again? Citizens’ assemblies

President Biden is out on the road this week promoting a massive infrastructure plan to Americans. Biden, who campaigned in 2020 as the country reeled from pandemic, promising those worried about the future that he’d “Build Back Better,” unveiled his $2.3 trillion proposal on March 31.

Biden has suggested that the initiative could be financed largely though increases in taxes on corporations and wealthier Americans, an idea that has been roundly criticized by Republicans. It has also rankled some centrist Democrats, who say it is too expensive and contains elements that far exceed what historically has been understood as infrastructure. (One senior GOP senator has suggested his party might be willing to support a smaller $900 million package.) Overall, however, Harvard analysts who specialize in infrastructure policy, budgeting, and finance, as well as economics, welcome Biden’s initiative.

The plan calls for spending on highway and bridge repairs, improved public transportation, upgrades to the freight railroad system and Amtrak, and modernizing airports and commercial seaports. It also seeks to remove of all lead water pipes in the country; overhaul the energy grid, stormwater, and sewer systems to address climate change and resiliency; and expand clean energy technologies. In addition, it would allot billions to expand broadband; build affordable housing, child-care facilities, and schools (and upgrade existing ones); energy retrofit existing lower- and middle-class homes; and increase access to home care for the elderly and disabled.

Linda Bilmes, Daniel Patrick Moynihan Senior Lecturer in Public Policy at Harvard Kennedy School (HKS), an expert on public budgeting and finance, said the initiative would be a “generational” investment in the nation’s infrastructure and the largest single package since the 1960s.

“As a country, we have really underinvested in our infrastructure defined broadly, and that includes the human capital,” she said.

The emphasis on sustainability and climate change resiliency is an expansion of the term “infrastructure,” as plan critics complain, but the correct one, she noted.

“Right now, every dollar that we spend reconstructing something that’s just going to be flooded away again is a dollar wasted,” said Bilmes. “What we need is an infrastructure that is sustainable. So, it is a redefinition, but it’s absolutely the right redefinition.”

Now that Biden’s plan is on the table, the political battle over it has begun. If approved by Congress, funds would be distributed to states over eight years, or two presidential terms, instead of the usual 10 years. To finance the proposal, the administration has proposed a partial rollback of some tax breaks signed into law in 2017 by President Donald Trump, pushing tax rates on corporations from 21 percent to 28 percent, and raising rates on individual incomes over $400,000 and capital gains for the next 15 years.

Senate Minority Leader Mitch McConnell of Kentucky said not a single Republican will support what he called Biden’s “grab bag” plan, citing newly revived worries over the national debt. Party leaders have seized on Biden’s tax proposal as a flaw even though polls show nearly two-thirds of Americans approve of raising the corporate rate to fund infrastructure. Nevertheless, Biden has quietly held talks with some Republican lawmakers in recent weeks, according to news reports, saying he’s open to negotiation “if possible.”

But even some Democrats, notably Sen. Joe Manchin of West Virginia, have questioned such a large spending bill and the wisdom of apportioning more than half the money to things other than roads, bridges, and utility systems — including $400 billion for more home medical care for seniors and the disabled, $213 billon for affordable housing, $174 billion to build charging stations for electric vehicles, $100 billion to expand high-speed broadband nationwide; $100 billion for public schools; and $25 billion for child-care facilities. They have asked that these items be moved into a separate bill. With a 50/50 Senate and Democrats currently holding only a seven-seat majority in the House, Biden can ill afford to ignore the opinions of potential naysayers.

With interest rates for government borrowing still near zero percent, and the strong track record infrastructure spending has as an “investment multiplier,” financing an infrastructure package is smart and relatively risk-free, said Bilmes. Raising capital gains and income taxes would create a protracted battle on Capitol Hill that would eat up valuable time and political capital for the Biden administration.

While hiking gas and carbon taxes “should be” part of the plan’s financing equation, she said, those moves are highly unlikely since Congress hasn’t raised the federal gas tax since 1993 because of its broad unpopularity.

Jason Furman ’92, Aetna Professor of the Practice of Economic Policy jointly at HKS and the Department of Economics at Harvard, said the government could borrow about $2 trillion “without causing a whole lot of problems” to the U.S. economy.

“My own advice would be: It’d be nice to pay for it; it’d be nice to reform the tax system and have a more progressive tax system,” said Furman, who advised President Barack Obama and was chairman of the Council of Economic Advisers during his administration. “But if you can’t do that now, do the infrastructure now and then come back at some point and do the taxes. I don’t think they need to be passed at the same time.”

First, spending would be spread out over an eight-year period. “Normally, in a crisis, that’s a problem. Now, it’s actually good because we have tons of money coming into the economy in 2021 from the American Rescue Plan. We don’t need any more money,” he said.

“The second thing is interest rates remain really low. They’ve risen a lot, but they’re still much lower than they’ve been at almost any time in the past. And then finally, [infrastructure spending] will help, over time, the supply side of the economy so we can produce better as a country,” said Furman.

Worries over adding $2 trillion more to the national debt, while not supported by the economic reality, can’t be dismissed as pure politics either, Furman said.

“If somebody came along and said they wanted to do $10 trillion dollars, that would create a problem, or even $1 trillion that was badly designed and badly done, that would use up some of the finite amount of space we have left,” said Furman. “But we do have space left, and we should use it wisely.”

Whether the money is used wisely will be key to the success or failure. The states, not Congress or the president, decide where most infrastructure funds appropriated by the federal government get spent.

“It’s not possible for the federal government to micromanage where every dollar is going to go,” so having broad guidelines for how it should be used, and very comprehensive, robust oversight to make sure it is, will be essential, said Bilmes.

Wasteful spending can be greatly reduced if the plan follows a few key principles, said Stephen Goldsmith, Derek Bok Professor of the Practice of Urban Policy and director of the Innovations in American Government Program at HKS, who studies “smart city” technology.

“One is that every layer of bureaucracy that we go through increases expense and delays application. So to the extent that, at least for our larger cities, the money can go [directly] to the cities and the regions” rather than to “state departments, I think that’s better — better for political reasons, better for effectiveness reasons, better for speed reasons,” Goldsmith said in a recent interview with the Ash Center.

Incentivizing project bidders to come up with new and better ways to do things so that the work lasts longer and yields better results, and speeding up the environmental regulatory process so extra money and time aren’t wasted during reviews of standard permission requests, will also help, he said.

The business and investing communities welcome the federal government finally making good on long-deferred infrastructure promises. A 2017 report by the American Society of Civil Engineers, which regularly examines the quality of U.S. infrastructure, noted that almost $4 trillion in Gross Domestic Product would be lost from the economy if the U.S. did not close the $2 trillion infrastructure gap by 2025.

But many business leaders and investors still have a lot of questions about Biden’s proposal, said John D. Macomber, senior lecturer at Harvard Business School, who teaches infrastructure finance.

“One is, where’s all the capital coming from? The second is, [who will be] doing the work, and the third is, how does the economy benefit?” he said.

By trying to address so many disparate concerns at once, the plan’s primary objective is unclear, said Macomber. Is it to stimulate the economy or to get people back to work across the country, or just in the hardest-hit regions? Is it to boost U.S. competitiveness on the world stage? Improve citizens’ everyday quality of life? To help cities recover from COVID losses to things like public transportation?

“Those are really different objectives,” he said. “I’d rather see some consensus in those objectives and then the individual projects and technologies [flow] from that.”

The ideal plan is one that promotes “forward-looking investments” that will create “lots of good jobs” over the next 50 years and that tackles the major infrastructure repair and replacement work that is too costly and unprofitable for anyone but government to do, like water and wastewater system upgrades and road work, said Macomber.

Expanding broadband service, many transportation upgrades to airports and seaports, and modernizing the electrical grid are all still potentially profitable and should be left for the private sector to sort out, he said. 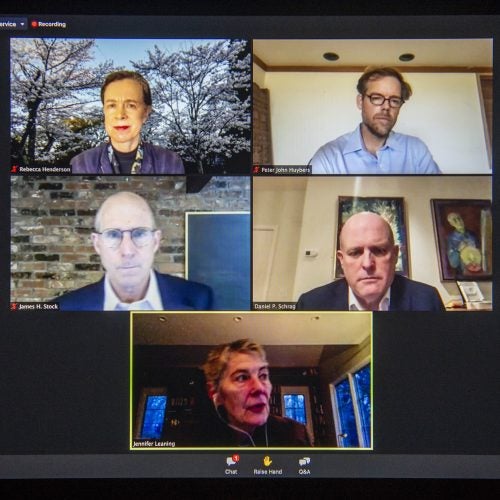 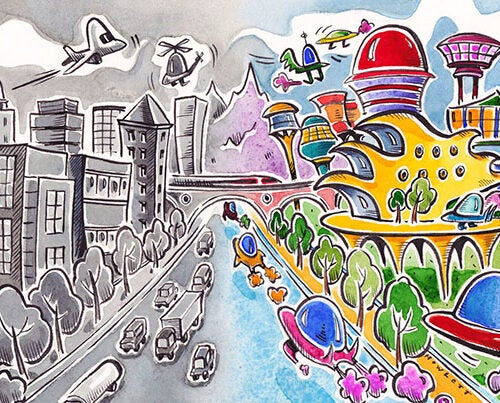 Whether the country realizes what Secretary of Transportation Pete Buttigieg ’04 has called a “generational opportunity to transform and improve America’s infrastructure” will depend entirely on what Congress can get done next.

“The best outcome, in my view, would be something where the objective is really clear — that we’re trying to increase quality of life or increase American competitiveness or get the nation ready for the next 30 years — and the project selection is clear enough, and the source of funding is clear enough that it’s bipartisan,” said Macomber.

“The bad outcome would be nothing happens and people just argue with each other. An in-between outcome would be that a single party [plan] comes through for half the money … that puts a Band-Aid on stuff.”