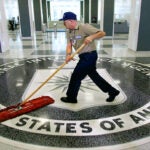 No matter how big the issue — national security, health care, gun rights — it’s been nearly impossible for Washington lawmakers to find common ground given the deep rancor and partisan division among them. But fixing the nation’s aging, crumbling infrastructure seems that rare area where everyone from the conservative U.S. Chamber of Commerce to progressive Democrats see the need for action.

The U.S. Department of Transportation estimates that the nation’s highways and bridges face an $808.2 billion backlog of investment spending, including $479.1 billion in critically needed repairs. More than two-thirds of the nation’s roads and nearly 143,000 bridges are classified in “dire need” of repair or upgrades.

The election of Donald Trump, a career real estate developer, could finally break the longstanding stalemate between Republicans and Democrats over what to fix and how to pay for it.

On the campaign trail, Trump broadly proposed $1 trillion in federal spending to repair and rebuild roads, highways, bridges, tunnels, airports, railroads, and ports, as well as other vital but less-visible systems involving energy, water, and telecommunications.

Trump argues that having a national infrastructure that’s “second to none” will enhance economic growth and U.S. competitiveness and create millions of well-paying jobs. Since the election, he has signaled that getting an infrastructure plan off the ground will be a priority in his administration’s first 100 days.

The country indeed has many needs, said Rosabeth Moss Kanter, the Ernest L. Arbuckle Professor of Business Administration at Harvard Business School (HBS), who convened a major leadership summit on infrastructure at the School in 2014 and has written extensively on the topic. Our ports are clogged and need dredging to improve the flow of goods; railroad tracks need modernizing; airport communications technology needs updating and expansion; urban mass transit is old and inadequate; and bridges and roads urgently need repairs that have been deferred for years, she said.

Locally, Massachusetts still has a colossal maintenance backlog that wasn’t cleared by the American Recovery and Reinvestment Act of 2009, President Obama’s $830 billion effort to stimulate a moribund economy during the last recession. Federal funding was fast-tracked to states, but only for work that was “shovel ready,” a stipulation that critics say meant the money didn’t always go to the most essential projects.

“We shouldn’t be talking about building anything new” in the MBTA system, said Alan Altshuler, Harvard University Distinguished Service Professor and the Ruth and Frank Stanton Research Professor in Urban Policy and Planning. Instead, Massachusetts ought to find the $1 billion-plus necessary to repair and modernize the MBTA rather than plow ahead with plans to expand rail service just because advocates are pressing hard for it.

“The greatest danger to the Boston region is not that we failed to build the South Coast rail line or the connection between North and South Stations, but that the existing system collapses — and the Red Line is at great risk,” he said.

While it’s true that repairs are less expensive than new construction, “if we repair without reinventing, we’re not necessarily solving the problem,” said Kanter. To do that, the nation needs to take advantage of its status as the world’s leading innovator in information and communications technology by incorporating that into smart roads and other data-enabled transportation tools, such as ride-hailing services or “Street Bump,” an app developed by the city of Boston that allows volunteer drivers to transmit data wirelessly about poor road conditions to public works crews more quickly and accurately.

Because transportation needs are naturally intertwined, the federal government should take a holistic approach to infrastructure to optimize connections between air, rail and ground systems. “If all we do is fix the potholes, then I don’t think that’s enough,” said Kanter.

A snow job in the offing?

Historically, politicians have turned to infrastructure as the antidote to economic downturns. Proponents say that in addition to addressing a critical structural need, such spending stimulates economic growth, generates tax revenues, and, more importantly, puts people to work.

During the Great Depression of the 1930s, Presidents Herbert Hoover and Franklin Delano Roosevelt rolled out ambitious efforts to build public works projects that would create a vast number of construction jobs. New York City’s LaGuardia Airport, the Lincoln Tunnel, and the Triborough Bridge were all built as a result of FDR’s infrastructure push. Advocates today point to that record as evidence that a similar undertaking will directly benefit blue-collar Americans, among the hardest hit by globalization and technological change.

But Harvard economist Edward Glaeser says infrastructure building is not a tool to fight joblessness and that Americans should be “wary” of trying to draw parallels between the two eras.

Projects were simpler and easier to turn around back then. The Hoover Dam, for example, was built in five years; Boston’s “Big Dig” took 25 to complete. Projects now require approvals from multiple stakeholders both inside and outside government, which slows progress and drives up costs. Simply handing shovels to the unemployed isn’t realistic anymore given the technical complexity of today’s civil construction projects.

“This isn’t what modern infrastructure looks like anymore,” said Glaeser, the Fred and Eleanor Glimp Professor of Economics in Harvard’s Faculty of Arts and Sciences and former director of the Rappaport Institute for Greater Boston at Harvard Kennedy School (HKS).

Besides, those most likely to be unemployed or underemployed are in the fast-food industry, not construction, he said.

“Subsidizing Big Mac consumption would be a more effective way to provide jobs for the temporarily unemployed than subsidizing airport renovations,” Glaeser wrote recently in City Journal, a magazine from the Manhattan Institute for Policy Research, a conservative think tank.

Never on time, always over budget

The government’s track record taking bright ideas and turning them into something akin to boondoggles has fed public skepticism about the value of infrastructure spending and has handed conservative budget hawks powerful ammunition to derail major initiatives.

Over time, the failure to vet projects tightly and keep them on schedule erodes the public’s trust in government and weakens its willingness to pay for public works that are supposed to improve daily life by enhancing safety, shortening commutes, and easing the flow of commerce.

“Multiple factors” are to blame for why major projects, like Boston’s Longfellow Bridge restoration or the MBTA Green Line extension, always seem to balloon in cost and take far longer to finish than originally expected, said Altshuler, co-author of the influential 2003 book “Mega-Projects: The Changing Politics of Urban Investment.”

Certainly, contractors will “game the system” by submitting unrealistically low bids, knowing they’ll be able to mark costs back up later during construction change orders. And increased regulations across a variety of local, state, and federal agencies do slow projects down and “greatly increase costs — there’s no question about it,” he said. 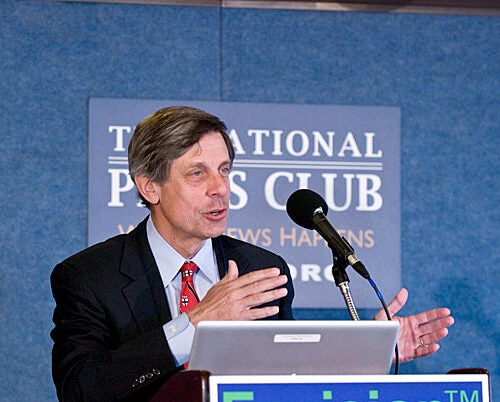 But sometimes, dramatic cost spikes are the result of projections that simply fail to anticipate difficult or unique conditions that become evident only as a project progresses. Often, the less routine a project is, the more likely the cost estimates touted early on turn out to be “guesstimates,” without detailed engineering to support the figures.

“There are terrifically strong incentives for the advocates of projects to overestimate the benefits and underestimate the costs” while projects are still under consideration, said Altshuler.

Politicians want to deliver enhancements for their constituents. Community advocates want to make sure they get benefits they feel have been promised to them. Contractors trying to secure winning bids don’t want to price themselves out of the running by predicting worst-case scenarios. And so there’s little effort to be rigorously honest about what the true cost will be.

“They’ll cite inflation, they’ll cite mitigation agreements, they’ll cite changes in design that became necessary because of a variety of factors,” said Altshuler. “What they don’t like to talk about so much is that the project has been oversold [from] the beginning.”

To rein in spending and limit surprises, governments should create independent panels to test and poke holes in project estimates before moving ahead. “It’s very frequent that the [project] advocates are the only ones making estimates,” he said.

Lawmakers often go along with questionable projects in order to enjoy the short-term political benefits of ribbon cutting. Creating the right incentives to make long-term investment in projects that are essential to the functioning of government is a “terrible problem and nobody has adequately solved it,” said Altshuler. “It’s very tempting to spend money on other things.”

Picking up the tab

Even with a new Republican president eager to start digging, the enduring battle in Congress over how much to spend and how to pay for it will undoubtedly rear its head again.

Though Trump has not committed to a detailed spending plan yet, he has talked up the idea of offering significant tax credits to private investors who sink money into projects as a way to minimize government borrowing and debt, an anathema to Republicans. Publicly, Trump has promised that his plan will be paid for entirely through a variety of funding methods in the public and private sector, including tax credits, user fees, and cuts to unneeded regulations that he says further drive up costs.

Taxpayer-funded projects encourage waste and inefficiency because no one’s really minding the store, Glaeser says. But privatization, too, is “very thorny and very difficult” and doesn’t work for every type of project. It’s “not a panacea.” Instituting user fees is the better way to go.

“It absolutely makes no sense to me that the very well-heeled travelers who go through [John F.] Kennedy Airport should be subsidized by ordinary taxpayers. There’s no reason why they cannot pay for the entire cost of that airport” through airline-generated fees, he said. “The larger point is: Don’t make taxpayers in Montana pay for New York City’s air travelers.”

Some observers, like New York Times columnist Paul Krugman, a liberal economist, have criticized Trump’s private investment strategy as both unnecessary, given the government’s unmatched ability to borrow money on the cheap, and ripe for exploitation by a well-connected few. The demand by investors to realize a profit for their efforts would inevitably force taxpayers into paying more than they should, he argues.

Not everything can be assessed a user fee or toll, but in some areas, fees can cover the bulk of a project cost. Adding a small amount of tax support for those efforts that can’t be self-funded “isn’t the worst thing in the world,” said Glaeser. “But once you go from that to $200 billion worth of tax credits, the possibilities for abuse, of course, are enormous. I share some of [Krugman’s] concerns.”

Indeed, selling public assets to private investors has a “very mixed record, at best,” said Kanter. Besides, investors aren’t exactly rushing to buy airports. A better idea would be to establish an infrastructure bank, as the city of Chicago did, to finance big-ticket improvements.

“An infrastructure bank removes some of the politics. Instead of waiting for federal authorizations or state legislatures to act, it would be possible to attract a pool of capital that could be used for loan guarantees, could accumulate some combination of federal grants, state grants, [and] localities offering municipal bonds,” along with other options, said Kanter. “The thing we’re missing is not the source of money, it’s the political will.”