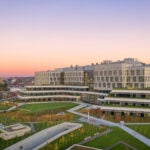 The year was 2005 and Mehdi Jorfi was frustrated. He was studying for his M.S. in modern chemistry at Shahid Chamran University of Ahvaz in his home country of Iran and had an assignment to select and pitch a novel scientific breakthrough to classmates in the chemistry field. When looking for resources, he discovered that the most recent peer-reviewed papers available were buried in the back of the school library — and nearly a decade old.

When Jorfi, now an instructor in neurology at Harvard Medical School, pursued his Ph.D. in Switzerland before coming to MIT and Harvard for his postdoctoral training, he was able to freely explore the latest scientific research, discoveries, and journals without any barriers.

“One of the prevalent barriers, especially in research, is a different academic setting between private and public universities,” he said.

In the summer of 2019, Jorfi realized that podcasting could be a solution to limited scientific resources outside of developed nations like he experienced during his education journey. In Iran, Jorfi said he faced issues like weaknesses in research methodology, lack of academia-industry collaboration, limited integration of research into the undergraduate curriculum, and lack of exposure to international exchange programs and students.

He connected with audio and video editor Sofia Nastri and Shen Ning, with whom he had collaborated on Alzheimer’s disease research at Massachusetts General Hospital (MGH). Ning, a M.D./Ph.D. graduate research assistant at MGH, had also faced limited resources growing up in China and was enthusiastic about the idea. Within a few days of brainstorming, the “Science Rehashed” podcast was born.

“The strength of the ‘Science Rehashed’ team is really fostered by the passion each of us has for science, science equity, and giving back to the community. … As scientists and students, what else could be more worthwhile?”
— Shen Ning

“At ‘Science Rehashed,’ we are dedicated to discussing, translating, and communicating meaningful science to students and young professionals across the globe who can’t afford pay-for-access top tier journals and peer-reviewed papers,” Jorfi said. “Besides our audience in emerging countries, we see that individuals in scientific communities, like those in Boston, find value in learning about breakthroughs in other fields outside of their own, inspiring interdisciplinary thinking and, we hope, potential collaborations.”

Producing each episode begins with the team discussing recent and inspiring research findings. The producers then work together to choose the most compelling and impactful manuscripts and distill them into an engaging storyline, elucidated by the episode interviewees, who are typically the selected paper’s senior or leading authors.

Since its inception, the podcast has released nearly 30 episodes, covering a diverse range of life science discoveries like lab-grown organs, antimicrobial resistance, and the world’s first living robots. It also reached more than 75 countries and was listed in the top podcasts in life sciences on Apple Podcasts. “Science Rehashed” also won the 2020 Life Sciences & Healthcare Nonprofit Pitch Challenge sponsored by MassBio and Life Science Cares.

The ambassador program was launched by the Science Rehashed team in September 2020 to recruit student or scientist ambassadors around the world to promote “Science Rehashed” as a resource to their countries and communities, to reach those who need it most. The 2020-21 ambassadors represent seven countries: Iran, Italy, India, Peru, Switzerland, Pakistan, and the U.S.

“We have been extremely impressed by the passion of our ambassadors and their dedication to our goals,” said Ning. “Through their hard work, we were able to increase listenership in those countries and reach 75 countries across the globe.”

The “Science Rehashed” team is currently working on translating each episode to different languages on their YouTube channel to ensure equal access in countries including Nepal, India, Iran, Ukraine, Albania, and the African continent.

“We truly believe that change happens through passion. The strength of the ‘Science Rehashed’ team is really fostered by the passion each of us has for science, science equity, and giving back to the community,” said Ning. “When you combine that with the passion of our guests for their own work, we have no doubt that we are bringing tremendous value to our scientific communities locally and, as a long term goal, at an international scale. As scientists and students, what else could be more worthwhile?”