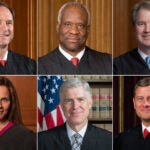 University-wide initiative has widened its focus and influence

Wayne Newell hailed from the Passamaquoddy Tribe in eastern Maine. Daniel Hohnani came from the Hopi Tribe in northeastern Arizona. They met at Harvard 50 years ago, two young teachers working to serve their communities and promote education among Native Americans.

Newell and Hohnani were recruited to attend a federally funded program established at the Graduate School of Education in 1970 to prepare Native American teachers for leadership roles in education. The two men joined nine other teachers from as many other tribes, and together they represented the largest single group of Native American students to attend Harvard since the 1600s.

Thus was born the American Indian Program, which over the years grew from a graduate training program based at the Ed School into the Harvard University Native American Program (HUNAP), a University-wide initiative that works to create a community for Native Americans and Indigenous people on campus, expand their visibility, and promote research and teaching of Native and Indigenous issues. To celebrate the program’s 50th anniversary, a panel with four of the program’s first students was held March 5.

“I followed my elders’ advice,” said Hohnani, Ed.M. ’71, who led tribal community colleges, launched economic development enterprises on tribal lands, and retired two years ago as Hopi tribal executive director. “They told me to go out, get an education and come back home to be the new generation’s ears, their tongues, and their eyes.”

All of the original 11 Indigenous educators earned master’s degrees and went on to build successful careers within and beyond their tribal communities. Some earned doctorates, published books, and worked in academia, while others held leadership positions in tribal governments, schools, and colleges, and helped start economic enterprises.

Newell, Ed.M. ’71, who became a Passamaquoddy scholar and dedicated his life to the preservation of the tribal language, said the program’s milestone highlights the University’s efforts to fulfill its obligations stipulated in the Harvard Charter of 1650, which dedicated the institution to the “education of the English and Indian youth of this country.” The land on which Harvard sits is the traditional territory of the Massachusett people.

“While we were there, we talked about how Native American students could be more visible at Harvard,” said Newell, who comes from Indian Township, Maine. “We would always remind people in the administration that Harvard was set up to educate Native people and their track record was very poor. The fact that the program continues is a celebration.”

In its early years, the program was funded through the Office of Economic Opportunity, the agency in charge of running the programs that were part of President Lyndon Johnson’s War on Poverty. Bob Matthai, Ed.M. ’66, Ed.D. ’73, who was the program’s first director, credits its success to the Native participants, all of whom graduated on time and went on to hold high-level positions after they left Harvard.

“It’s the students who made the program work,” said Matthai, who is working on a brief history of the early years of the program. “It’s their success, and the successes they had after were due to their energy, effort, and abilities. I can’t take credit for what they did, but I’m really proud for what they’ve accomplished.”

“We would always remind people in the administration that Harvard was set up to educate Native people and their track record was very poor. The fact that the program continues is a celebration.”
— Wayne Newell, Ed.M. ’71

While at Harvard, the Native educators were based at Read House, where they forged friendships, got to know each other’s cultures, and became a “little family, a little tribe” in the words of Newell. The group lobbied University officials to make the program University-wide and recruit more Native Americans to Harvard.

Much progress has taken place over the years. Native Americans at Harvard represent 2 percent of enrolled students and around 1,200 alumni are of Native descent. And unlike the 1970s, when there were no Native American faculty, now there are four: Philip Deloria in the History Department, Joe Gone ’92 in the Anthropology Department and the Faculty of Medicine, Shawon Kinew, A.M.’12, Ph.D. ’16, in the Department of History of Art and Architecture, and Thomas Sequist, M.D. ’99, M.P.H. ’99 at Harvard Medical School. There is also the Oneida Indian Nation Professorship of Law, a visiting position, at Harvard Law School, and two lecturers of Native descent at Harvard Kennedy School.

But there is still work to do. Back in 1970, Newell was surprised to come across Harvard students who were ignorant about Native American history. “What I observed the most was that the student body that I came in contact with knew very little about the Indigenous people of the United States,” said Newell. “That is less true today, but people just are not aware of Native American issues, and those issues are generally left out of the discussion.”

For all the Native educators who were able to take part in the early training program at the Ed School, the Harvard degree helped them further their careers and improve the lives of their communities. But in the case of Marie Battiste, Ed.M. ’74, it also changed her life.

At Harvard, Battiste met her husband-to-be, James “Sakej” Youngblood Henderson, who was studying at Harvard Law School. She later pursued a doctorate at Stanford University, but the foundations of her academic work began at Harvard. Not only did she attend her first class taught by an Indigenous (visiting) professor at Harvard, but the experience opened her eyes. 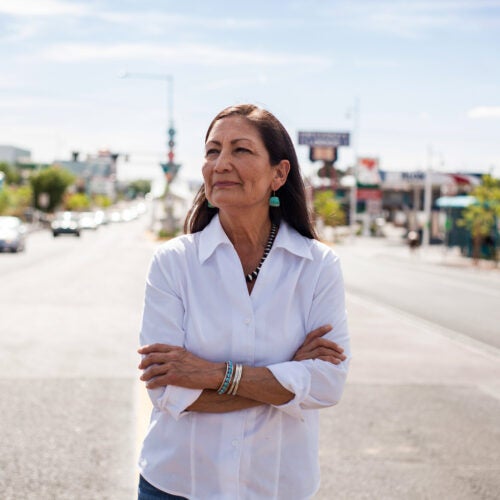 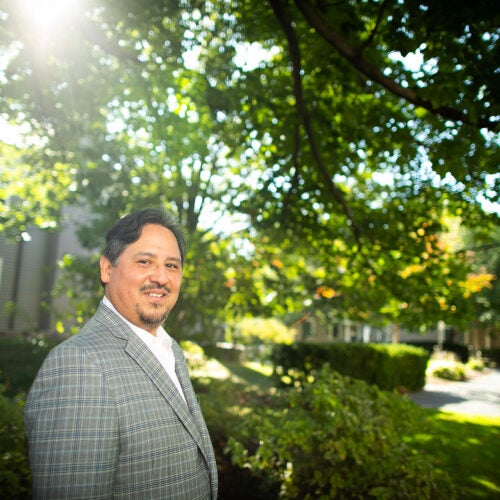 Looking ahead, informed by where he’s been 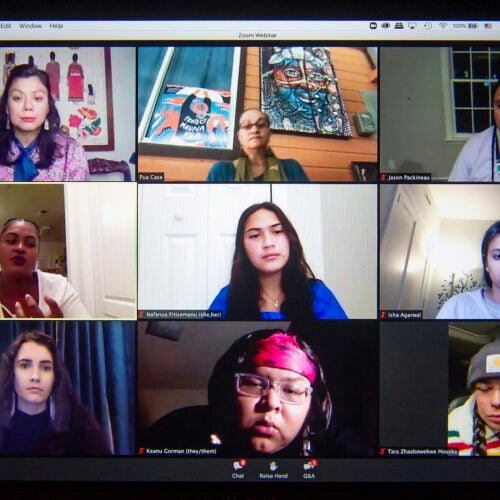 “For the first time, I began to realize that the issues that affected my community, my home, and my language were not things that came from my community alone, but were everywhere, across the United States, and all had the same foundation of colonialism, eurocentrism, and the diminishment of Indigenous people,” said Battiste, a citizen of Mi’kmaq First Nation of Canada and a citizen of the Aroostook Band of Micmacs in Maine.

Originally from Maine, Battiste is a professor emerita in the College of Education at the University of Saskatchewan, Canada. She retired last year after 27 years working as a scholar in decolonization, language education, and Indigenous knowledge and is a member of the Royal Society of Canada.

The commitment to work on behalf of Native peoples runs in her family. Her husband is a well-known human rights lawyer, activist, and educator; her son Jaime Battiste is the first Mi’kmaw member of Canada’s Parliament; and her grandson, Jacoby, is a Mi’kmaw immersion school graduate.

Said Battiste, “It has been a long journey, one that most definitely began at Harvard.”