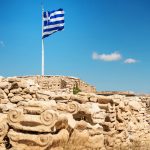 Celebrating a bicentennial of democracy in its birthplace

Both the problem and the intervention have long histories

But the practice of “maintaining a greater than usual physical distance” goes back to the 14th century, when ships arriving to Venice during an outbreak of the Black Death were forced to quarantine, or sit at anchor, for 40 days. The measure aimed to protect the city from the bubonic plague, which killed an estimated 25 million people in Europe.

It may have been the earliest public health measure ever recorded, said David Jones, M.D. ’01, Ph.D. ’01, the inaugural A. Bernard Ackerman Professor of the Culture of Medicine, Faculty of Arts and Sciences and the Faculty of Medicine. But there may have been even earlier measures, as suggested by biblical accounts of communities expelling people with leprosy from their towns and villages.

Campus from a distance 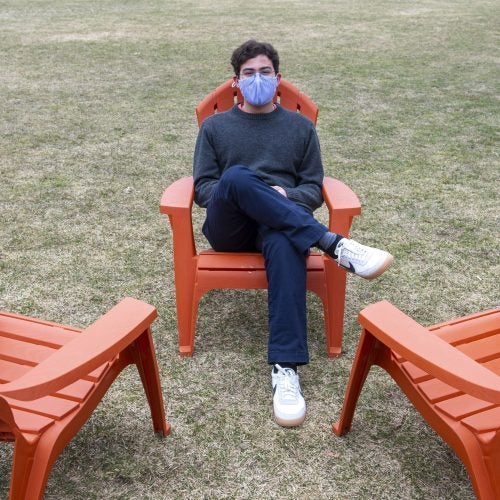 “Humans have been dealing with epidemics for a very long time, and for millennia, they have had a series of informal practices by which they responded to these threats,” said Jones, who is trained as a psychiatrist and historian of science. “Isolation, quarantine, and other measures that we now call social distancing have been part of people’s intuitive reactions to protect themselves from infectious diseases.”

Examples of such precautions may also be found in Colonial history. In 2004, Jones wrote a book about epidemics that decimated Indigenous populations in Colonial America. During his research, he came across an account of a 18th-century meeting between British soldiers and Indigenous leaders in North Carolina that was called off by the Natives for fear of contracting smallpox.

“American Indians had intuitions about how to respond to these menaces,” said Jones. “And often they used what we would now call social distancing: They would leave from the afflicted areas.”

But it wasn’t until the early 19th century that local governments in the U.S. began formalizing public health laws and regulating quarantine and isolation.

Now, even as COVID-19 vaccines are being rolled out across the country, experts still advise social distancing, along with wearing masks and avoiding gatherings, to stem the spread of the disease. Anthony Fauci, the nation’s top infectious disease expert, has urged people to continue wearing masks and following social distancing guidelines even after getting vaccinated. Vaccines are not a “substitution for public health measures,” Fauci said, but “a complement to public health measures.”

Those public health measures were called “non-pharmaceutical interventions” during the 1918 influenza pandemic, estimated to have killed about 675,000 people in the U.S. and about 50 million around the world. The strategies were intended to reduce transmission of disease by banning indoor public gatherings, closing schools, churches, and theaters, and requiring that infected people be placed in quarantine or isolation.

To hammer the message home to the general public, newspapers of the era ran public-service ads cautioning people to cover their faces when coughing or sneezing, wear masks, and avoid gatherings. Towns and cities published notices of local quarantines and “flu bans,” and ordered assemblies or gatherings to cease “until further orders.” One such announcement included two warnings: “Do not stand close to another person while conversing,” and “Avoid crowds, especially within doors.”

Analyses of 1918 public health responses found that interventions in U.S. cities helped reduce influenza transmission and lower mortality rates when they were implemented early in the pandemic. In a 2007 article, researchers examined data from 17 U.S. cities and included a graph that compared the mortality rates of Philadelphia and St. Louis, based on the timing of social-distancing measures. Philadelphia, which waited more than two weeks after the first cases were reported — even allowing a city-wide parade — reported 748 deaths per 100,000. St. Louis, which rushed to ban public gatherings two days after the first cases were detected, ended up with 358 deaths per 100,000.

Historians and epidemiologists agree that the early application of social-distancing measures helped reduce mortality rates during the 1918 pandemic, but their implementation proved difficult. In a 2010 article, historian Nancy Tomes of Stony Brook University found that social distancing in big cities posed a “massive public health challenge” due to resistance from businesses afraid of losing revenue and from workers who feared losing their jobs.

The role of social distancing was even more central to the 1918 pandemic than it is today, said Erez Manela, who studies modern U.S. history. “Today we have ventilators, antibiotics, and vaccines,” said Manela. “All of that was off the table back in 1918. Social distancing was really most of what they had back then.”

As the nation struggled to react to the so-called Spanish flu pandemic amid World War I, the response was left to cities, towns, and counties. President Woodrow Wilson, who apparently caught the flu, didn’t lead a government response, and both the Centers for Disease Control and Prevention and the National Institutes of Health were years from being founded. What is most striking is that once the epidemic ended, it was quickly forgotten, a fact that was highlighted in the book “America’s Forgotten Pandemic: The Influenza of 1918” written by historian Alfred Crosby more than 30 years ago.

In the book, Crosby wrote that the pandemic was remembered by individuals who lost loved ones, but it wasn’t memorialized at the societal level in art, literature, or public policy.

“The lesson is that people need to pay attention, both those who make decisions about budgets and preparedness and those who elect them, because this pandemic was known in advance. We could have been prepared for it had we cared to do so.”
— Erez Manela, historian

Now, officials are taking a different approach. On Feb. 22, President Biden held a memorial as the country reached the grim milestone of 500,000 deaths, a number that is creeping up on the U.S. toll from the 1918 pandemic.

History holds lessons, said Manela, but only if people remember it.

“The lesson is that people need to pay attention, both those who make decisions about budgets and preparedness and those who elect them, because this pandemic was known in advance,” said Manela. “We could have been prepared for it had we cared to do so.”

For Jones, another big lesson from the 1918 flu, the deadliest pandemic in history, is the value of social distancing and other public health measures to control the spread of infectious diseases.

“In 1918, this was a disease that, to the extent that it was controlled, it was done entirely by public health measures of social distancing,” said Jones. “Some skeptics may say, ‘There were 50 million deaths around the world. Why would you even suggest that social distancing was helpful?’ A lot of people died. We’re not going to deny that. Social distancing did not cure the disease and did not prevent it. Mortality was still appalling, but it would have been worse if not for public health measures.”

According to John Hopkins University on Tuesday March 16, so far COVID-19 has infected more 120 million people and killed over 2.6 million around the world. Nearly 30 million confirmed cases have been reported in the U.S., with more than 530,000 deaths.

In an article published in the New England Journal of Medicine, Jones appraised the situation with a sober warning, “The history of epidemics offers considerable advice, but only if people know the history and respond with wisdom.”