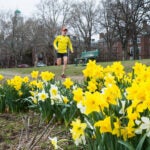 Understanding what sustains us — and what sustains our world — is fundamental. It is also the subject of the Global Food+ 2021, a joint webinar series run by researchers at Boston University, Harvard, MIT, and Tufts on their current work on the intersection of agriculture, health, environment, and society. This free online series, sponsored and hosted by Harvard’s Weatherhead Center for International Affairs, kicks off Friday and runs for four consecutive Fridays, with each event featuring 10 speed talks of seven minutes each. We spoke with Walter Willett, professor of epidemiology and nutrition at the T.H. Chan School of Public Health and Harvard Medical School professor of medicine, who will give a talk on “Fine Tuning Healthy, Sustainable Diets” during the inaugural session this week.

GAZETTE:  Your talk is titled “Fine Tuning Healthy, Sustainable Diets.” What does that mean?

WILLETT: Basically getting down to specifics of diets that are both healthy for people and also healthy for the planet. We know, in a big-picture way, the direction we need to go, but I thought I would talk a bit about looking into more details.

WILLETT: Part of it is intuitive, but even when we say “Eat a more plant-based diet,” what we’ve come to realize is that not all plant foods are healthy. Dunkin Donuts and Coca-Cola are plant foods, but they’re not good for our health, even though they have a relatively small environmental footprint. We’ve created a plant-based dietary index with more-healthy plant foods, like whole grains, fruits, vegetables, nuts, legumes, and also unhealthy plant-based food, like sugar-sweetened beverages and things made from refined flour. It’s good to simplify things as much as possible, but we can’t and shouldn’t oversimplify.

GAZETTE: You’re also looking at sustainability, the health of the planet.

WILLETT: Exactly. That unhealthy plant-based diet might not be so bad for the planet because you get a lot of calories for area of land with modest environmental inputs. We need to look below the surface. Certainly moving toward a less animal-based diet is a good direction to go. But we can have a sustainable planet without everybody becoming a vegan.

GAZETTE: We don’t have to give up meat?

WILLETT: I co-chaired the Eat Lancet-Commission, and we did conclude that there’s room for about two servings of animal-source foods per day, one being dairy and one being some combination of fish or poultry a couple of times a week, or some eggs, with red meat just once a week. People could become vegans, of course, if they’re careful about getting enough vitamin B12, but this does provide a lot of flexibility. We’re quite off target at this point in time though, especially in the United States.

GAZETTE: How aligned are the goals of human health and sustainability as a planet?

WILLETT: There are no serious conflicts in that, very broadly, the healthiest diet for humans will be a diet that is healthy for the planet. But there is this divergence in that you can have a diet that is relatively healthy for the planet, but very bad for humans. And that’s the diet that is low in animal source foods but high in starch, especially if it’s refined starch, and sugar. We often call that a poverty diet in that the cheapest sources of calories are starch and sugar. That has a light footprint on the planet, but it’s not healthy.

GAZETTE: Would you tell us about your current research?

WILLETT: We’re working on a lot of fronts so I will just briefly talk about our long-term cohort studies. This is the Nurses’ Health Study and the follow-up study. We’ve been following over 250,000 people starting in 1980. We’re able to look at the long-term consequences of diet, and we are really starting to see some things that we didn’t see in the first couple of decades. We now see that the development of diseases like cancer occurs over many decades. What girls consumed during childhood turns out to be more important for their [risk of] breast cancer at age 60 than what they were eating at age 50. It really does highlight the importance of paying attention to what we feed our kids in schools as well as at home.

GAZETTE: What should we be eating?

WILLETT: Variety, but there are some parts of that are important to include in that variety. We do see, for example, that the dark orange and green leafy vegetables like carrots and greens are important for helping reduce breast cancer risk, and the cruciferous vegetables like broccoli and cabbage are related to lower risk of breast cancer later in life. For cognitive function, it looks like including tomato products, like tomato sauce, is important. It’s not that there’s one magic bullet there, but making sure we include these kinds of vegetables is important. 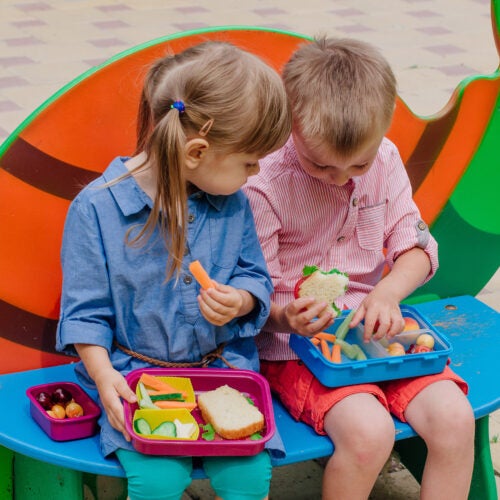 For the first time includes recommendations for babies and toddlers 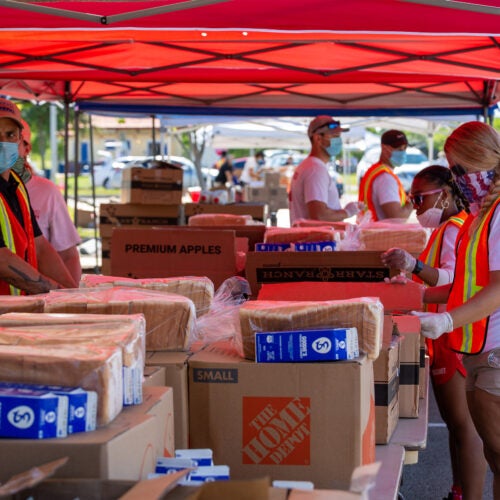 Hunger on the rise amid pandemic

GAZETTE: And is such a diet sustainable?

WILLETT: In general vegetables have a light- to moderate-impact environmental footprint, but it varies tremendously. If we produce them in California and ship them across the country, there is an appreciable-impact carbon footprint, not from producing the vegetables per se but from the process of keeping the cold chain. Some colleagues at Michigan have shown that by very simple low technology, like greenhouses where they don’t use fossil fuels for heat, they can produce greens pretty much year-round in Michigan with about 1/10 of the environmental footprint compared to those that are produced and shipped from California. So it’s not just what we eat, but how it’s produced.

GAZETTE: Does that mean we should be eating local?

WILLETT: All else being equal. But if you have a greenhouse in New England that’s burning a lot of fossil fuel to produce tomatoes in January, that isn’t necessarily going to be good. We do have pretty much every day what’s called a fruit train come up the East Coast from Florida to the Boston markets. We’re taking advantage of the warmth and sunlight in Florida, and train transportation is pretty inexpensive, so that’s probably better than putting a couple of bushels of fruit in your pickup in Western Massachusetts and driving to Boston. We want to simplify things, but not oversimplify things.