Hunger on the rise amid pandemic 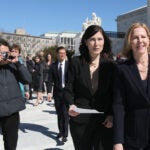 Making the case for reproductive rights

The COVID-19 pandemic is not just making Americans sick, it’s leaving many hungry as well, and experts who gathered for a Harvard Chan School forum on the problem said that legislation to relieve the pandemic’s economic burden may be able to help.

Sara Bleich, professor of public health policy at the Harvard T.H. Chan School of Public Health and Carol K. Pforzheimer Professor at the Radcliffe Institute for Advanced Study, said the nation’s Supplemental Nutrition Assistance Program, also known as SNAP or food stamps, has already been used to help low-income and newly unemployed Americans in pandemic relief legislation approved by Congress and signed by President Trump. SNAP can be boosted again in a future bill, she said, advocating a 15 percent hike in the maximum benefit, or an extra $100 a month for a family of four.

Bleich said a June analysis of U.S. Census Bureau data by Northwestern University researchers showed food insecurity doubling from before the pandemic to late May, affecting 23 percent of Americans as U.S. unemployment spiked to more than 14 percent from 3.8 percent in February.

Bleich, whose work focuses on government policies to fight obesity and diseases related to diet, said the survey shows not just a broad increase of the problem nationally but also that, like COVID-19 itself, food insecurity is hitting Black and minority communities particularly hard, rising from one in five households to nearly one in three. As a consequence, the network of charities that provide help are getting overwhelmed.

“All states are showing an increase, and it has roughly doubled,” Bleich said. “Much like we saw prior to the start of COVID-19 where food insecurity clustered around Black and brown populations and low-income populations, we’re seeing those same disparities persist now.”

Bleich appeared on a Facebook Live event sponsored by The Forum at Harvard T.H. Chan School of Public Health and PRI’s ”The World.” The hourlong event, “Food Insecurity, Inequality, and COVID-19,” also featured Walter Willett, professor of epidemiology and nutrition, Catherine Woteki, Distinguished Institute Professor at the University of Virginia and professor of food science and human nutrition at Iowa State University, and David Bennell, manager, food and nature, for the World Business Council for Sustainable Development.

Willett said that, unlike some parts of the world, the U.S. has plenty of food, so the problem of hunger is one of equitable distribution. There is a secondary problem, albeit one that is far from trivial, of the least-expensive foods being unhealthy, with too many refined carbohydrates, sugars, and unhealthy fats. The counterintuitive result is that levels of obesity, diabetes, and other diet-related ailments are higher in the same low-income communities that suffer food insecurity. 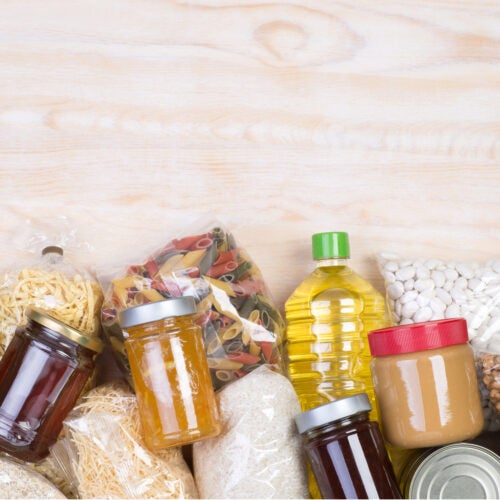 Harvard continues to donate food for distribution in Cambridge and beyond 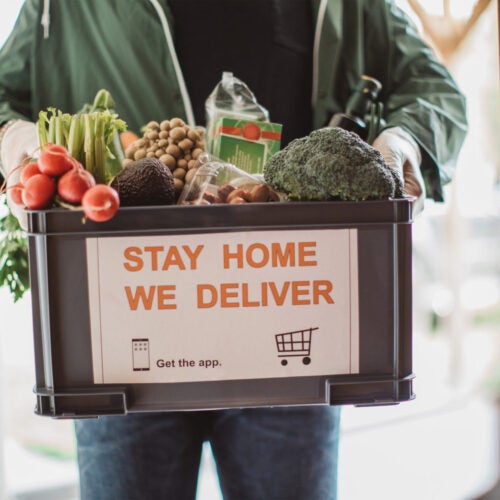 Waste not, want not

The current crisis may present an opportunity for reform by raising awareness and providing platforms for change in COVID-19 relief and other legislation. With farm profit margins thin, Willett said, the government can offer incentives to nudge operators toward producing healthier foods in greater abundance, thereby lowering prices and encouraging smarter eating. Globally, Woteki said, a lot of thought and energy is being given to how to make the world’s food supply sustainable. A major opportunity, at least in the U.S., occurs every five years in the U.S. Farm Bill, which shapes U.S. farm policy through everything from guaranteed loan programs to crop insurance, from support for biofuels and food assistance to provisions for rural development and farm-based conservation programs. The next reauthorization is due in 2023.

Before then, Bleich said, the U.S. House has already approved additional resources for SNAP in the HEROES Act, the latest COVID-19 relief legislation. Senate Republican leaders have said they would not take up the measure, but that additional relief may be considered in late July. Local officials have another tool to help, she said, by implementing the summertime equivalent of the school lunch program.