Unlocking the colors of insect vision 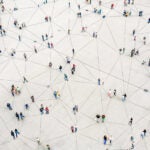 Marjorie Liénard had a classic eureka moment in the summer of 2018 when, as a postdoctoral researcher, the experiment that could one day help fully probe the molecular details of insect vision finally paid off.

“It didn’t work the first time, and it didn’t work the second time. Maybe it worked the fourth time — I don’t know,” said Liénard, who is now an associate with the Department of  Organismic and Evolutionary Biology (OEB) and a researcher at Lund University in Sweden. “What I do know is that I did a happy dance in the lab at 11 p.m. Some students asked, ‘What’s happening to you?’ and I said, ‘It works! It works!’”

The study led by Liénard and Harvard Professor Naomi Pierce is the focus of a new paper published in the Proceedings of the National Academy of Sciences (PNAS). In it, the researchers describe a novel method for isolating light-sensitive proteins found in the eyes of insects — called opsins — and detailing their molecular history, structure, and function to determine what colors an insect can see.

The researchers used the method, which can be done in vitro via lab assays, to discover previously unknown opsins and their evolutionary history in the visual system of an iconic type of lycaenid butterfly, Eumaeus atala, also known as the Atala hairstreak.

The team found a novel opsin that evolved from detecting the color green to perceiving red light that borders on near-infrared vision. The analysis uncovered that the opsin protein was altered (or tuned) to perceive the red light, which gives off a longer wavelength of light. The study also uncovered an opsin to make up for that change so the butterfly would still be able to detect green light. This opsin protein evolved from the duplicated copy of one that typically detects ultraviolet blue and was similarly tuned to be able to detect a longer light wavelength.

In many insects, color plays a big role in matters such as mate choice or flower preference. Certain butterflies, for instance, tend to gather nectar from red flowers, and, in general, insects are known to be sensitive to a range of wavelengths of light. Researchers have long known the DNA sequences that code for opsin proteins involved in visual sensitivities. What’s been missing was a set of tools to precisely probe the functional aspects of those proteins so that they could determine what the insects actually see.

The team’s findings and their tool give a clearer picture for understanding the evolutionary twists and turns that have shaped the insect visual system. Most notably, though, they allow scientists to study the full visual spectrum of all invertebrates, since the technique can express opsins that range from detecting short ultraviolet wavelengths of light to those detecting near-infrared, long wavelengths.

“So far we have only tested this in insects, in particular butterflies and moths, but the interesting point is that all invertebrates share the same kind of opsin receptors,” Liénard said. “By characterizing these insect opsins, we can be reasonably confident that it will work in all invertebrates, whether it’s crustaceans, mollusks, spiders, and, of course, other insects.”

The potential applications of this newly created system has the researchers excited (enough even to dance). It allows them to isolate and test the functional properties of insect opsins in cell cultures outside the individual test organism — in other words, without the interference of other eye components. And all of this will give them new insights into the evolutionary process.

“Once we understand how the genes making up the light-sensitive opsins in insect eyes function, we can start to retrace the evolutionary transitions involved in adaptive color vision across lineages,” said Pierce, Hessel Professor of Biology in OEB and Curator of Lepidoptera in the Museum of Comparative Zoology.

The new system pinpoints in an insect’s genome the specific base-pair changes that are responsible for fine-tuning their visual proteins and the visual light wavelengths to which they are sensitive.

For instance, the group is now able to see how even a single amino acid change in an opsin protein can alter what an insect sees. It also allows them to determine how the vision genes have evolved over time.

To study the evolution of red color vision in lycaenid butterflies, which are the second-largest family of butterflies in the world, the team characterized and purified all visual opsin genes for multiple species of butterflies in their assays. They then analyzed the opsin molecules in the Atala hairstreak looking for consistent patterns of base-pair changes. Next, they mutated the sequences of those opsins to test how they changed the color of light the butterfly captured.

They discovered the opsin-absorbing red light in the Atala hairstreak was used to perceive green light, and how the butterfly maintained its broad visual spectrum when that opsin went from detecting green light to red. It was previously believed that the red-detecting opsin perceived green light. The analysis showed that another opsin, one that detected blue light, was duplicated and then became tuned to better detect green light. 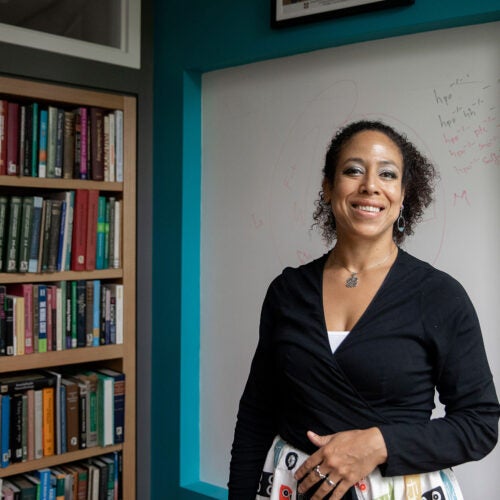 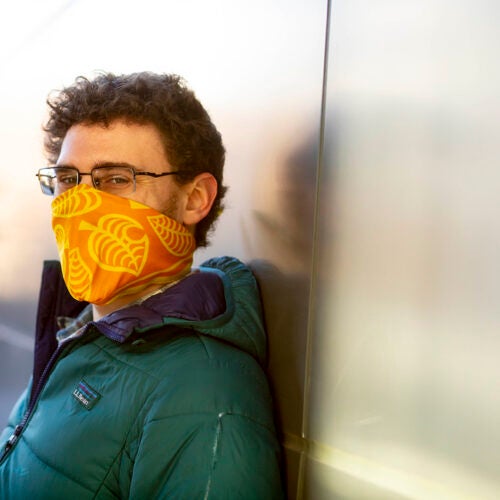 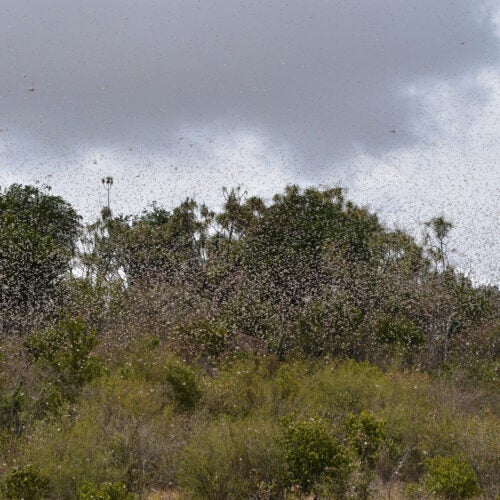 The publication marks the end of a four-year study and can be traced back to work on butterfly eyes in the 1970s and 1980s by Gary Bernard, one of the paper’s co-authors, when he was an assistant professor at MIT. Bernard is now a retired electrical engineer from the University of Washington.

This work was supported by the National Science Foundation, the National Institutes of Health, the Howard Hughes Medical Institute, and the Knut and Alice Wallenberg Foundation postdoctoral fellowship at the Broad Institute of MIT and Harvard.