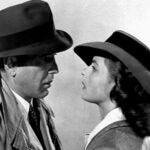 In a classic case of imposter syndrome, Laurie Anderson began the first of her six Norton Lectures wondering, like many Harvard students, whether her invitation from Harvard had been an administrative blunder.

“I am pretty sure that the Norton committee at Harvard made an enormous mistake when they asked me to do this lecture series, and it was really my own sense of the absurd that made me want to say yes,” said the award-winning artist, musician, filmmaker, and the recipient of this year’s Charles Eliot Norton Professorship in Poetry.

But there was no mistake. Suzannah Clark, director of the Mahindra Humanities Center, opened the virtual event pointing out that in a pandemic that has upended normal life, she could think of “no greater creative artist who could have responded to this historic occasion with as much imagination and innovation as Laurie Anderson.”

The artist and Chicago native, known for her boundary-breaking multimedia shows, didn’t disappoint, offering a performance instead of a traditional talk and guiding her online audience through a dreamscape of shifting images, music, and musings on life during the pandemic, the death of John Lennon, Tai Chi, art that makes her want to flee — in a good way — the absolute nature of time, and the existential heft of the children’s book “The Wind in the Willows.”

An avant-garde artist, Anderson is considered a pioneer in electronic music and a groundbreaker in the use of technology. Her 1981 surprise hit “O Superman” was inspired by a “failure of technology,” Anderson told the British newspaper The Guardian in 2016. The song, she said, is “based around a looped ‘ha ha ha ha’ done on a harmonizer, but I wanted it to be like a Greek chorus — not just one voice — so I used a vocoder, which was originally developed as spy technology to disguise voices. It fitted the concept.”

On Wednesday afternoon, Anderson’s command of technology was on full view. She used virtual backgrounds to materialize on the Sanders Theatre stage, drift down a snowy road, and float above the island of Manhattan; she played a violin she designed with a bow strung with magnetic tape instead of horsehair; and she put a small speaker in her mouth to manipulate a track of music. Through the clever use of filters the artist also took on different personas during her hourlong presentation, inhabiting Austrian neurologist and father of psychoanalysis Sigmund Freud; 1980s blonde bombshell Loni Anderson, for whom she was once mistaken; and her longtime friend and collaborator, the father of ambient music Brian Eno.

Anderson said she was inspired by minimalist composers as a young artist living in New York City. Their work lived “outside of beats and bars” and seemed to ignore time completely, she said, and that resonated with her. “I didn’t want boundaries on the music. I wanted to have the feeling that I was slipping into a river of sound and that it would continue when I stepped out of it.”

The overarching theme of her talks, titled “Spending the War Without You: Virtual Backgrounds,” was a nod to the kind of battle the nation has been waging both with the coronavirus, she said, and with heated political rhetoric. “People are shivering outside at night in these makeshift restaurants, and a war that’s been going on for four years, or maybe many, many more, has been raging really, as words,” said Anderson.

“It’s in this context of war, loss, counting, backtracking … and suffering, of boredom and solitude, that I will try to tell you what I know about music and life,” she continued.

Anderson made it clear she owes some of her life lessons to Eno and some to the Hudson River. Her first talk, simply titled “The River,” was in part an ode to the famous waterway and the impact it’s had on her creative process. She described working on her 1994 album “Bright Red” with Eno in her New York City studio with windows that looked onto the Hudson.

“My own reactions to hearing music or seeing dance or theater that I really love is the almost irresistible urge that I have to leave as soon as possible.”
— Laurie Anderson

“We often used the river as a way of editing the record,” Anderson said. “We would record some things and then listen back while we stared at the river, and it became a way to see if the music was … working. Whatever it was doing, whether the river was choppy, or smooth, or murky, or covered with brightly lit whitecaps, there was something about watching the motion of the water that taught us things about how to use the right combination of planned and spontaneous, just really, how to flow.”

At one point, the performance artist, who was married to the musician Lou Reed from 2008 until his death in 2013, offered listeners a vivid description of her late husband’s reaction to a moving piece of music. “When he heard music that really got to him, first he would laugh. And he had this laugh of a completely insane person. It started out as a kind of a howl, and it had lots and lots of notes in it as it went up and up and just kind of ended in this big, deep complicated chord. It was really his own piece of, sort of experimental music. Then next he would roll up his sleeve, point to his arm, and he would say, ‘See, that’s what I am talking about,’ and his arm was completely covered with goosebumps.”

“My own reactions to hearing music or seeing dance or theater that I really love is the almost irresistible urge that I have to leave as soon as possible. To run out of the theater, the concert hall, out into the street. I can’t stop myself. I just run out, almost as if I need to check how the world looks in this new light of what I just saw, or what I just heard.”

In a Q&A session with flutist Claire Chase, a professor of the practice of music, Anderson said that in the age of social distancing her goal is to create an online work that is “as live as it could be.” But even though she is versed in technology, Anderson is always mindful of the potential virtual glitch.

“The big crash is the one that’s always on my mind.”