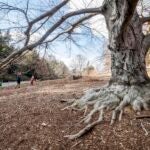 Orvin Pierre ’22 pieces together studies in science, humanism to prepare to be a physician

In elementary school, Orvin Pierre ’22 was playing basketball outside on a concrete court with two friends when one, Omari, went up for a lay-up, battled for the hoop, and landed headfirst on the concrete. Pierre, about 10 years old at the time, saw blood creep from Omari’s head and panicked: He thought his friend was dying. He ran to get the school nurse, who strolled out to the court as calm as Pierre was frantic.

Minutes later, Omari was sitting up, chatty, and holding a bag of ice to his bandaged head.

“I was just fascinated,” Pierre said. The nurse had performed two miracles: fixed Omari’s body and soothed Pierre’s mind. “She helped both of us at the same time.”

In that childhood moment, Pierre decided he wanted to do that, to fix people — make them calm, healed, better. Now, the Dunster House junior is concentrating in chemistry and classics, a pairing that makes perfect sense on his path toward a medical career. Because if there’s one thing Pierre loves, it’s a good puzzle. And, he decided, if he was going to have to piece together what his patients thought and felt with their medical data, a background in both science and humanism would be the best preparation.

After Pierre witnessed the Great Omari Rescue, he scoured YouTube videos of medical explanations and surgical animations. He peppered his mother — a nurse — with questions about her work. Later, he dug up old episodes of the TV show “House” and, even though the surly protagonist was no behavioral role model, Pierre loved how the brilliant diagnostician solved puzzles hidden in patients — not just their bodies, but their behaviors and personalities, too.

Growing up in Bridgewater, Mass., Pierre found more mysteries in books, solving whodunits alongside some of his favorite detectives, like Encyclopedia Brown and Sherlock Holmes. But the real challenge came when he had to decide which kind of puzzle to turn into a concentration and, later, a career. When a fifth-grade teacher demonstrated the elephant toothpaste experiment — where hydrogen peroxide, dish soap, and yeast bloom a massive tube of foam — he thought he would pursue science. But then in high school at St. Sebastian’s in Needham, Latin and the fantastical myths from ancient Rome and Greece attracted him too. When he arrived at Harvard as a freshman, he was torn: Which concentration to choose?

“My goal is to retire never having failed someone.”
— Orvin Pierre ’22

If classics solves the “why,” chemistry explains the “how,” Pierre said. Through chemistry, he could understand how electrons create energy and movement; how objects collect kinetic energy to move; and what’s behind a beam of light. “I can get the human portion and then the science background,” Pierre said.

Pierre can speak for more than an hour with no more than a few seconds to breathe, a talent he uses in sports broadcasting, too. He attributes his garrulous nature to his father, whom he calls a “very social person.” Both his parents are Haitian immigrants with careers in health care (his father is a sleep technician), who pushed him to become a doctor or lawyer. Pierre wanted to make the decision for himself. Though he considered scientific research, he disliked the idea of standing alone at a benchtop all day with little social interaction. Instead, he imagines the moment when he can solve a patient’s problem face-to-face: “You tell them, ‘You’re going to be OK,’ their face lights up and then their family’s faces light up,” he said.

Pierre has a lot of experience bringing joy. As a Peer Advising Fellow (PAF), he guides a group of first-year students through their transitions into academic and social college life; he also serves as a PAF in the Office of Career Services’ Career Cluster, where he advises students who are considering careers in the life sciences, biotechnology, or pharmaceuticals. And he’s a member of: the Crimson Key Society, a student community service organization; Persephone, an undergraduate classics journal; the Harvard Caribbean Club; and the Harvard Black Men’s Forum (BMF) where, as of this year, he serves as president. “I want to make BMF as best as it can be,” Pierre said. That means extending the same support he received as a freshman to other young Black students, including those in elementary and middle schools, to show them “not only is college something I should pursue but something I can pursue.” 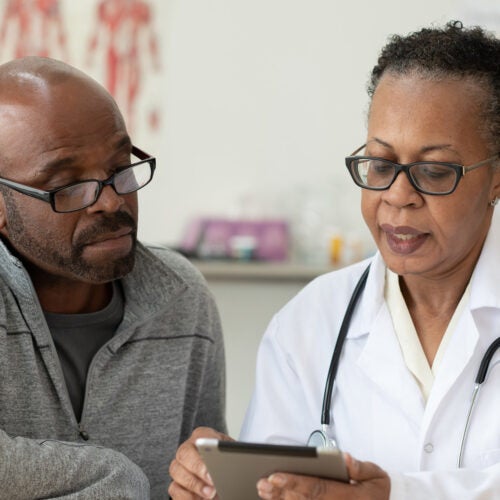 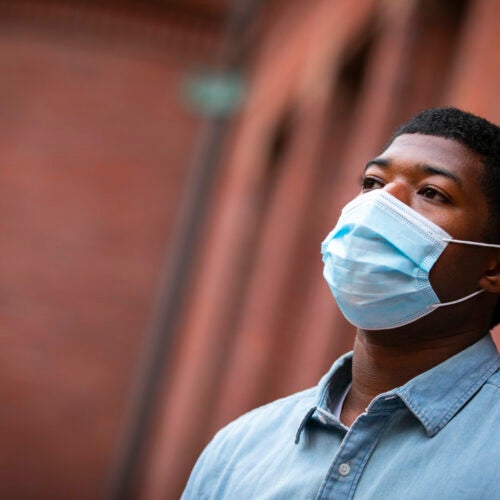 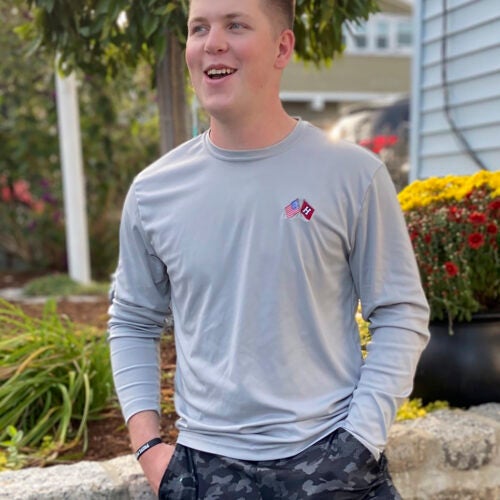 With his lifelong love of sports — and as a fan of the Boston-area professional teams — Pierre sees orthopedic trauma as a potential field. But many orthopedic operations, like hip replacements and tendon tears, have ready solutions. So, the puzzle chaser is curious about neurosurgery, an area he already has some background in: Pierre volunteered in high school at an assisted living center for people with dementia, and last summer worked in Jacob Hooker’s lab studying ALS.

Medical mysteries still excite Pierre, but they make him nervous, too. “No doctor is 100 percent on all his cases,” he said. “And that’s something I’m going to have to live with. I could not help this person. I could not save this person. Especially if I go into neurosurgery, where a lot of those cases literally could be life or death.”

That kind of pressure might dissuade less determined students, but it’s exactly what attracted 10-year-old Pierre to medicine that day on the basketball court when he thought Omari was straddling life and death. Now, if he has his way, he’ll solve the impossible puzzle: How to save everyone. “My goal is to retire never having failed someone,” he said.

“I know that’s very unreasonable,” he continued with a half-smile that seemed to say: “I don’t care. I’m going to try anyway.”