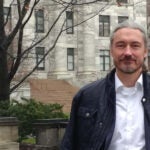 Mortality rates after cancer surgery declined for Black as well as white patients during a recent 10-year period, although the mortality gap between the two groups did not narrow, according to new research by Dana-Farber Cancer Institute, Brigham and Women’s Hospital, and Harvard University investigators.

“Black Americans are likely to be diagnosed with more advanced cancer than whites and, historically, have had higher mortality rates following cancer surgery,” said lead author Miranda Lam of Dana-Farber, Brigham and Women’s Hospital, Harvard T.H. Chan School of Public Health, and Harvard Medical School. “Hospitals have put a variety of policies in place to improve surgical cancer care over the past 15 years. This study provided an opportunity to gauge the effects of those measures for patients in general and for Black and white [people] specifically.”

Investigators used national Medicare data to examine the trends in mortality rates for the years 2007-2016 in Black and white patients who had undergone surgery for any of nine major types of cancer. (The racial group was determined by patients’ self-identification in Medicare documentation.) The data covered 870,929 cancer operations in all.

The researchers found that national mortality trends following cancer surgery improved for Black and white patients by 0.12 percent and 0.14 percent per year, respectively. Because mortality rates for Black patients were higher to begin with than for white patients, the equal decline in rates for both groups meant the gap between them did not shrink.

“The findings tell us that even though policies designed to improve cancer surgery outcomes are working better for all patients, none of them have been specific enough to close the gap in mortality between Black and white [people],” Lam said. “It’s possible that part of the gap may be due to upstream and/or downstream issues from the surgery itself, such as late referrals which may lead to late presentation at time of surgery, fragmented follow-up after discharge, and limited resources in the community, and that different policies and interventions may be needed to address disparities in cancer surgery.”