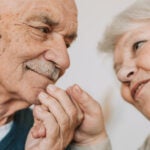 A group of Harvard health experts gave airports high marks for taking steps to ensure passenger safety, but stopped short of saying it is safe to fly during the pandemic.

Researchers with the Aviation Public Health Initiative at the Harvard T.H. Chan School of Public Health unveiled their second report to reporters on Thursday, saying that a multilayered approach similar to that recommended for schools and offices is in place at airports across the country. That approach, which consists of upgraded ventilation, sanitized surfaces, technology that encourages contactless transactions, as well as the familiar hand hygiene, mask wearing, and physical distancing, can reduce exposure to any virus that travelers may carry.

The researchers said that redoubled personal commitment can provide an added measure of safety for those who must travel. That starts with staying home if you feel ill, being diligent about mask wearing, and stepping back from crowds at unavoidable choke points like boarding gates and baggage claim.

“There are risks of any activity in public spaces. We have found that the aviation industry has been applying its scientific and engineering prowess to explore and implement measures that reduce that risk. … We are not saying that it is safe to fly, but there are risks and actions to reduce those risks,” said Leonard Marcus, lecturer on public health practice at the Chan School and co-director of the School’s National Preparedness Leadership Initiative. Marcus was joined on a media conference call to launch the report by its other authors, John Spengler, Akira Yamaguchi Professor of Environmental Health and Human Habitation; Edward Nardell, professor of environmental health and of immunology and infectious diseases; and research associate Wendy Purcell.

The 262-page report was the initiative’s second to examine air travel. The first, released in October, examined safety of passengers while on planes, recommending steps like further staggering boarding to reduce density in the jetway and plane aisles, and using efficient airplane in-flight ventilation systems — sufficient to filter out viruses — while the plane is on the ground, whether taxiing or parked at the gate with passengers still aboard.

The most recent report covers safety in the airport. Investigators began work on it in July and covered some 450 facilities in the U.S., from small regional ones to the nation’s largest in Atlanta — which, before the pandemic, handled 50 million passengers a year. They developed a detailed questionnaire, reviewed COVID safety manuals, interviewed airport managers, and spoke with representatives from the Transportation Security Administration and the airline industry.

“The airports in this study are making concerted efforts to reduce the risk from SARS-CoV-2 transmission in the airport environment as it relates to the curb-to-curb traveler experience,” Purcell said. “They’re employing a whole range of different risk-mitigation strategies, for passengers, for employees, for their concessionaires, the contractors, and visitors. … Collectively these efforts are playing an important role in providing these layers of protection for risk mitigation.”

“We are not saying that it is safe to fly, but there are risks and actions to reduce those risks.”
— Leonard Marcus, lecturer on public health practice at the Chan School and co-director of the School’s National Preparedness Leadership Initiative

The report’s authors said that, in some ways, airports have an advantage over other types of businesses. Because the facilities are typically airy, with large open spaces and high ceilings, they provide a lot of space for dilution of viruses from sick travelers. In some areas, however, like the lines during boarding and the typically lower-ceilinged baggage claim, supplemental filtration through portable air purifiers could be used.

The study also warned about unintended consequences of some safety policies, citing as an example rules by state and local authorities to close eating areas around airport restaurants in an attempt to de-densify. The problem is that hungry travelers take their food elsewhere in the airport, often settling in gated seating areas, where they shed masks to eat, thereby increasing both congestion and possible exposure to those around them. Again, in such cases, personal responsibility comes into play, and the authors urged travelers to stay unmasked as little as possible while eating.

Passenger compliance is something of a wild card in the system, the authors said. Mask mandates, which were nearly universal for airport employees, became so for travelers as well after President Biden issued a recent executive order making masks mandatory in airports and on planes, as well as other modes of travel. Noncompliance has been an issue, but airlines have dealt with it by issuing warnings and placing those who remain noncompliant onto no-fly lists. The sanction has been effective at goading some travelers into abiding by guidelines, the authors said.

“We’ve come a long way,” Nardell said. “There’s a light at the end of the tunnel, but we have to keep the masks on for a while.” 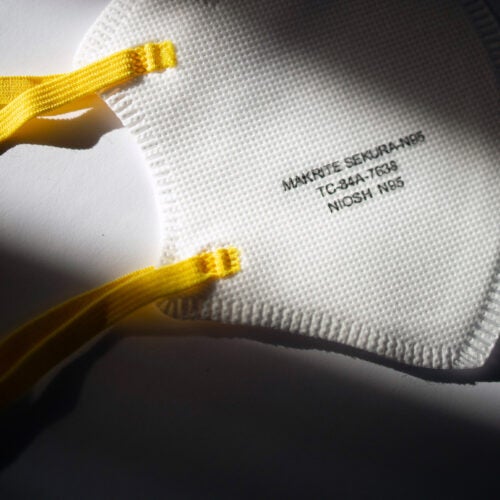