Gates recognized for his scholarship in the humanities 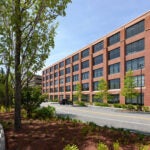 American Academy of Arts & Sciences will present the prolific scholar with the Don M. Randel Award

The American Academy of Arts & Sciences has named Henry Louis Gates Jr. the recipient of the Don M. Randel Award for Humanistic Studies. The award — which is being given for only the seventh time since it was established in 1975 — recognizes remarkable scholars whose work shapes our inner lives and our understanding of the world around us.

A prolific scholar and public intellectual, Gates’s work exploring and illuminating African American history and culture is incomparable. He is the Alphonse Fletcher University Professor and director of the Hutchins Center for African & African American Research at Harvard University. Gates has authored or co-authored 25 books, including “The Signifying Monkey,” a seminal text on African American oral and literary tradition, which won the American Book Award in 1988, and “Stony the Road: Reconstruction, White Supremacy, and the Rise of Jim Crow,” a New York Times Notable Book of 2019.

Gates has also created more than 20 documentary films and television programs, including “Finding Your Roots,” a series that uses genealogy and genetics to explore the ancestral histories of the program’s guests, and the Emmy Award-winning “The African Americans: Many Rivers to Cross,” which traces the African American experience from the transatlantic slave trade to the presidency of Barack Obama. Two new documentaries will air in February: “Black Art: In the Absence of Light,” for which Gates served as an executive producer for HBO, and a four-hour PBS series, “The Black Church: This Is Our Story, This Is Our Song,” which will also have a companion book issued next month.

“Professor Gates embodies the power and spirit of humanistic pursuits. His passion, curiosity, and rigor have changed the way people think and act across disciplines and divides,” said American Academy President David Oxtoby about Professor Gates, known affectionately as “Skip.” “From his groundbreaking writing to his popular filmmaking, Skip has altered our collective understanding of the African American experience and our recognition of the significance of Black intellectual life in our nation.”

“It gives me an enormous amount of pleasure to accept this award in a spirit of fellowship for those of us who love and honor the great tradition of scholarship in the humanities, and with the journeys of my ancestors very much top of mind,” said Gates. “When John Adams and his colleagues founded the American Academy in 1780, my fourth great maternal grandfather, a Free African American named John Redman, had been serving as a Patriot in the Continental Army for two years.  Little could John Adams — or, for that matter, my ancestor — imagine that 213 years later, a Black man’s descendant would be inducted into this fledgling academy, or that 241 years later, that descendant would be honored by the Academy for scholarship in what Adams would have called ‘the arts and sciences.’”

“The Academy is bestowing this award for only the seventh time in 45 years. We are moved by a blazing intellect that shines new light in which others can see more of themselves and the world around them,” said Oxtoby. “We are grateful to Skip not only for his great talents but also for the generosity with which he shares them. We are honored to give Skip this award, the first time it is being given to a scholar in the field of African American studies.”

“I accept this award as well on behalf of my students and the African American people as a whole, who have endured centuries of slavery and segregation, in part, by holding onto a dream of a nonracial republic of letters, synonymous with full and equal access to education,” said Gates. “I have devoted my professional life to studying and advancing our ancestors’ struggles against anti-Black racism, both inside and outside of the classroom.  In this time of turbulence and pain, division and despair, let us draw strength from the many sacrifices made by those of all ethnicities, religions, genders, and sexual preferences who have gone before us determined to hold fast to the ideals on which our republic and this Academy were founded.”

Gates earned his B.A. in history from Yale University and his M.A. and Ph.D. in English Language and Literature from Clare College at the University of Cambridge. He joined the faculty of Harvard in 1991 and was for many years the chair of its Department of African and African American Studies. Gates was in the first cohort of “genius grant” recipients from the MacArthur Foundation and was the first African American scholar to receive the National Humanities Medal. He has been awarded 58 honorary degrees, and he has been a member of the American Academy of Arts & Sciences since 1993.

First established in 1975, the award was renamed in 2017 in honor of musicologist and former chair of the American Academy’s Board of Directors Don M. Randel, who previously served as the president of the Andrew W. Mellon Foundation and president of the University of Chicago.

For Gates, there is a special connection to Don Randel: “I am deeply honored to be selected for the award named in honor of my friend Don whom I first met and befriended when we were young professors at Cornell University in the late 1980s. I consider it the honor of a lifetime in letters to be selected to receive an award now named in tribute to a scholar who himself exemplified the values of the humanities in his own pioneering work in musicology and the history of music long before doing so was popular or trendy.”

The Academy hopes to present the award at an in-person event in fall 2021 in Cambridge, Mass., when circumstances allow for a safe and celebratory occasion to honor the imagination and impact of Henry Louis Gates Jr.