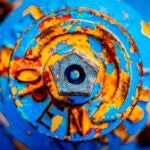 Every year, the Harvard Ballroom Dance Team hosts a fall competition for beginner dancers at the Malkin Athletic Center. For team rookies, it’s the first opportunity to strut their stuff in the cha cha, rumba, swing, waltz, salsa, or bachata, and to cement the close-knit bonds for which the group is known.

Facing a remote semester, Harvard Ballroom reimagined their landmark competition in an entirely digital format called Ballzoom — the only college event of its kind.

“We [as an executive board] felt that the Harvard Ballroom Dance Team was more than just an extracurricular activity; it was a big family,” with 45 members, said Angelika Anette Antsmae, a rookie captain and rising sophomore on leave this year. “It would be unfair to lose communication with other team members during these complicated times, so we decided to provide an opportunity for our new dancers to participate” in a competition for the first time.

Rather than try to recreate a live competition with multiple couples dancing to the same song at the same time, Antsmae and the group’s competition committee chair, Will Dey ’23, decided to use their burgeoning skills in computer science to develop a digital-first competition, and hosted Ballzoom over one weekend, Nov. 20-22.

The process was layered and difficult. First, Antsmae and Dey used the coding language Python to create a platform to receive the dancers’ video submissions and automatically assign each couple or person a number, just as they’d receive in a regular competition.

The team received 72 submissions from around the world, including seven current College students and recent alumni. To mimic the camaraderie of a traditional competition weekend, Dey and Antsmae set up Slack rooms with regular ice-breaker activities to help the dancers — from as far away as Canada, Romania, and Vietnam — get to know each other.

Behind the scenes, they created tools that would match each video with the corresponding music and display the competitors in a synchronized Zoom grid with their competition numbers. They also put together a judging panel made up of national champions and assigned videos to each person that matched their expertise. On the Sunday of the competition weekend they broadcast almost three hours of competition live on Zoom and presided over the results, which included awards for first-year students and ballroom newcomers Maggie Chiffer, Bryce Reynolds, and Claire Guo in the rhythm, Latin, standard, and social (salsa and bachata) categories.

The process was time-consuming and involved many late nights across multiple time zones, as Dey was at home in Austin, Texas, and Antsmae lives in Tallinn, Estonia. But it was worth it, they said. And in the spirit of collegiality, they published their open-source code on Github for other school teams to use for their own Ballzooms.

“I’m really glad we were able to take stuff that we both learned in classes and do something that has a lasting effect and benefit to the team,” said Dey, who recently declared a joint concentration in computer science and physics. “The whole atmosphere [of live competition] can’t be recreated, but I think ours was different in a good way.”