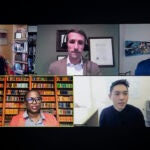 Many Democrats began celebrating as news broke Saturday that Joe Biden was the projected winner of the presidential election. Perhaps surprisingly, the Harvard Republican Club was also finding reason to celebrate.

“It’s been a good result for us, and for conservatism in general,” said club president Wesley L. Donhauser ’21, speaking a few minutes after the Associated Press announced its call. “All the pundits and pollsters had us losing 15 seats in the House, and I believe we’re down to minus five. The Senate looks to be either tied or still in GOP hands. We have the most moderate Democratic president in a generation. And if they could only win in a nail-biter with the most moderate candidate they could find, great.”

Donhauser said he was encouraged by Republican support in down-ballot races, as well as new pockets of support for Donald Trump. “He got a higher vote share from people of color than in 2016. That runs counter to the media narrative that there is something racist about his campaign or not conducive for people of color. In the end, economics and sound judgment are prevailing over hyped-up emotional narratives. And socialism is being rejected, which for me is very exciting.”

“Everybody’s pretty happy,” agreed club member Kyle Englander ’23. “I think most people understood that this race was coming down to a test of characters and personality. If it was centered on policy, Trump would have had more of a fighting chance. The Middle Eastern peace agreement was historic. You can even see that Trump’s America First Campaign has bled off into the Biden policy platform through his Buy American Campaign. On the pandemic, I feel he largely failed from a public health perspective but succeeded from an economic one.

“So despite Trump’s many shortfalls, which I will acknowledge before anyone else, I think there were a lot of reasons to be enthusiastic about his presidency,” Englander added.

“I predicted that Biden was going to win, but it’s not over till it’s over. We have seen crazier things.”
— Wesley L. Donhauser ’21, Harvard Republican Club president

Economics were a major reason the club endorsed Trump this year, after declining to do so in 2016. “I’d say 2016 was more an exception than the rule itself,” Donhauser said. “Before COVID, which was a situation that rocked the entire world, we had the lowest level of unemployment in a generation. That includes African Americans and the working class. What people care about, more than the rhetoric that comes out of the White House office and how the president tweets, is whether they have a job at the end of the day. In an election year, they look at themselves and ask if they’re better off.”

The Harvard club’s characterization of Biden as a moderate Democrat runs counter to the Republican narrative that he was a far-left candidate, Donhauser admits. “I don’t think we buy that as a club, nor do I buy it personally. Obviously in elections, either side gets painted as the extreme of themselves. But if you look at his willingness to compromise and having a relationship with Mitch McConnell in the past, that’s to his credit. I personally respect him because I come from a military family, and I am also a Catholic. And I respect his desire to serve.”

“Whether Biden is a moderate or not, his speech did sound like he was ready to embrace both sides,” said Englander, who was interviewed following Biden’s address on Saturday evening. “It does seem clear that he’s ready for bipartisanship, and to me that’s pretty exciting.”

The future of bipartisanship is partly up to Biden, Englander says. “It ultimately comes down to how you start the administration, so the next couple of months are going to be important. Obama didn’t start with bipartisan efforts, nor did Trump. People thought he’d do an infrastructure bill that everyone could get behind, rather than the Muslim travel ban. It would be the same if Biden jumped in and started packing the Supreme Court. But if he can start with something everyone would like to rally around, like fighting COVID, then I think it’s possible.”

The club conditionally supports Trump’s attempts to investigate alleged voter fraud. Donhauser cited the Associated Press’ now-contested decision to call Pennsylvania for Biden shortly before the tally was official. “I don’t know if the challenges are valid or not. But if this is going to be a thing, I would rather see the truth come to light. The most negative thing would be for people to believe fraud happened when it didn’t, or that it didn’t happen when it did. So if people are grumbling, get it out in the open. I predicted that Biden was going to win, but it’s not over till it’s over. We have seen crazier things.”