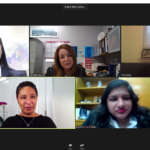 Voters under the age of 30 have been projected to cast ballots in record numbers this year. Political analysts say this election, where votes have been slow to be counted, may provide a turning point as the younger, more diverse population begins to flex its political muscle amid the waning influence of Boomer and older voters. The Gazette asked students in the Yard, some of them voting for the first time, to weigh in on what it felt like to be part of the process in this historic moment, their hopes for the country, and memories of past elections.

Sporting an American flag costume and wig, Evans stood out in the Yard. The first-year and first-time voter and his friends held an online trivia contest for their peers on his YouTube channel. But amid the fun was a more serious message. “I fear that after this election, the country’s going to be more divided than before. And this video [we made] is hopefully going to do a very, very small part to remind people that at the end of the day, we might have different ideas of how we can find happiness, but we all want a similar version of happiness.”

Kumar remembers really wanting to be able to vote four years ago. She was too young then, but she did the next best thing by encouraging others to vote. “My parents are both immigrants,” she said. “My main goal was getting my parents to vote and getting them to get their ballots passed on behalf of me and literally everyone else who couldn’t vote that year.” This year, Kumar took part in her first election, sending in an absentee ballot. “When given the opportunity to be able to make a difference in the future of our country, we need to take it,” she said. “That opportunity is given through voting.”

Vega is a bit of a poll nut. He follows them closely and reads articles analyzing them on sites like Nate Silver’s FiveThirtyEight. In 2016, he and some friends did a bit of tallying as they watched the results come in. This year, he won’t be doing as much tallying but is helping run an election trivia contest on YouTube. No matter the outcome, Vega is hoping for some unity going forward. “I’m hoping that socially we can bounce back and become a little bit closer as a nation,” Vega said. “And that we can learn to love thy neighbor a bit more.”

Like so many others, Wrenn-Walz is feeling a bit uncertain about how the nation will react to the results. “I’m a little nervous about home, being so close to D.C.,” Wrenn-Walz said. “They’re boarding up everything for riots. … It’s sad that we have to think about that.”

Cyterski was so determined to cast her first-ever vote that she requested her absentee ballot from her home state of Georgia back in September. It arrived four weeks later, which was a big relief. “When it finally came, I was really excited,” said Cyterski. “I’m glad that it’s my first time voting because I feel like it is like a really significant election. Georgia is an important state in this election, so I feel like my vote means a lot.”

“In 2016, I was keeping track of politics, and I was staying up to date with what was going on, but at the same time, I didn’t really have much of a say in what happened, and it was really hard to sit back and watch it all happen,” said Schroeder, a native of Washington, D.C., who submitted an absentee ballot this year. “It feels good to know that I’ve contributed. So even if it doesn’t go the way I wanted, at least I had some input this time.”

After a lifetime of tagging along with his parents to the voting booth, Chisholm voted for the first time by mail. The experience wasn’t exactly what he had expected, but his first election will still be a family affair. “I’m probably going to have a regular day, but around 9 p.m. I’ll start picking things up and paying attention to the polls. My sister is also into politics, so we’ll probably talk all night.”

Ten minutes after casting his ballot, Goncalves had a huge smile beneath his mask. Originally from Brazil, Goncalves gained American citizenship two years ago. “Ten years [living] in this country, and we got our green cards and now our citizenship,” he said. So when it came to voting, “It’s very moving [to me].”

Jin credited the Harvard Votes Challenge with making sure he could cast his absentee ballot, despite some complications in the application process. They have “been encouraging people and doing a great job of getting us the materials we need, including an application and stamps to mail it in,” he said. Jin will be watching results with an eye on competitive congressional districts in New York, including his own. “I just wanted to do my part and make sure that my voice is heard,” he said.

Being with friends on election night is important for Stirtz ’17, a Ph.D. student in biomedical sciences who voted early in Massachusetts. Once the polls close, she’ll be on Zoom with friends from College “to support each other and check in on the results as we hear what happens. I’m trying to be cautious because the early [exit] polls may not be accurate [right away],” she said.

If Chang had to choose one word to describe how she was feeling about the 2020 election it would be confident. The confidence isn’t in any particular candidate, but, instead, in the democratic system. “Some of the statistics coming in around early voting have given me a lot of faith in the system itself,” Chang said. “It’s going to be a huge struggle [especially during] crunch time, but [when it comes] to results, recounts, and legal debacles, I feel pretty good about the system holding up.”

Physics Ph.D. candidate Adam Ball isn’t allowing himself to think too much about the election in the coming days and its uncertain possibilities. Instead, he focused on playing his small part by casting his ballot by mail. “Then it’s just wait and see.” 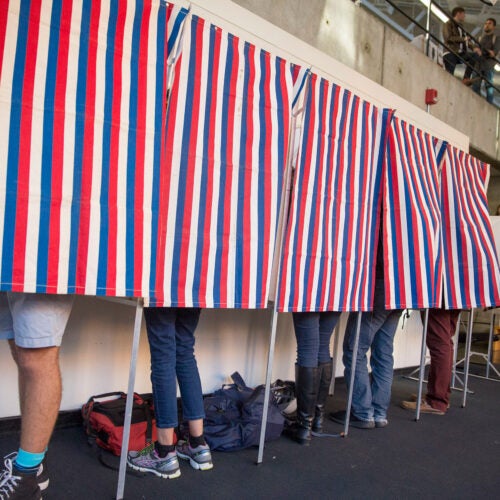 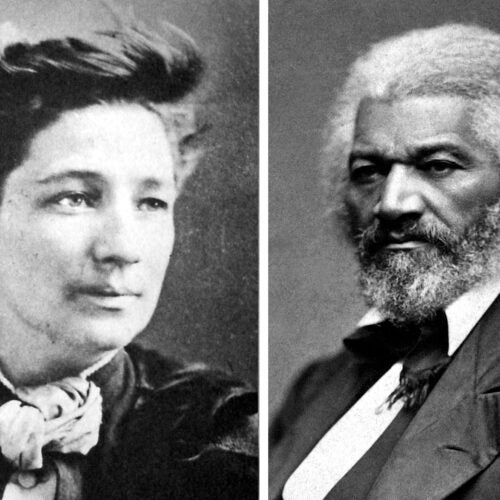 She was to be first woman president; he the first Black VP. Only no one told him 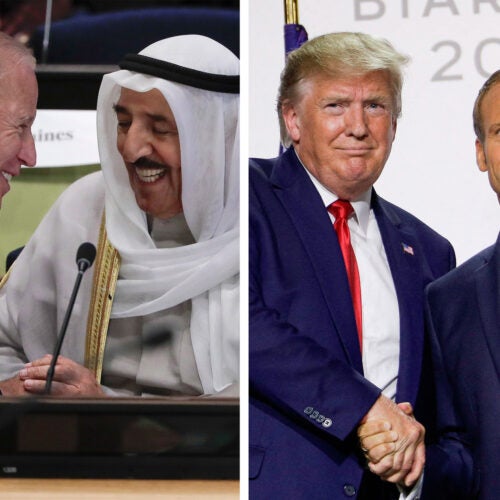