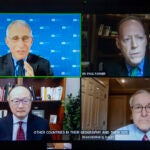 Look away, America. For your own good, look away. Everything will still be there when you come back. Even once the vote counting’s done, there’ll be the recounting, and the tag-along lawsuits.

So take a walk, take a breath, take a break from the election drama unspooling at a pace better suited to a garden slug than an advanced nation’s sophisticated vote-counting system. So, psychologists say, maybe you should get off the smartphone, get back to work, and get some perspective. Though weighty issues like climate change, the economy, and the COVID pandemic also are on the table, the science of “affective forecasting” assures us that we’re lousy judges of our own future emotions on such matters.

“One of the things that happens with uncertainty is we often don’t think realistically about the outcome, and we tend to think catastrophically. So, you’re already thinking that if your candidate loses it’s going to be awful, it’s going to be unbearable, it’ll be disastrous,” said psychologist Shelley Carson, a lecturer at the Harvard Extension School and associate of the Faculty of Arts and Sciences’ Psychology Department. “We overestimate how this event — or any event — is going to affect our happiness in the future.”

Carson said she normally views the U.S. as a pretty stable nation, one whose national character readily absorbs the ups and downs that make history. But she and Jacqueline Sperling, instructor in psychology in Harvard Medical School’s Department of Psychiatry, said that these times are not normal and, if anxiety were measured as a disease, the election worries would compound and aggravate the existing concerns about the ongoing COVID-19 pandemic and resultant lost jobs.

The year “2020 has been filled with many things, and uncertainty has been a major one,” said Sperling, who is also director of training and research at McLean Hospital’s Anxiety Mastery Program. “To have ongoing uncertainty with this election on top of all the uncertainty we’ve already had this year, I can imagine that being particularly trying. People are eager for results, some certainty, some knowledge of what’s going to happen.”

Sperling said worries about the unknown trigger the body’s autonomic nervous system, which controls our fight-or-flight response and recruits internal resources such as the stress hormone cortisol. Under normal circumstances, this heightened response lasts only until the uncertainty is resolved, and the body returns to normal. During prolonged periods of uncertainty, however, the stress can wear us down.

Sperling and Carson suggested a variety of steps to shut off that stress response, even temporarily. The first, they said, is to recognize its unique effects on the body. Stress can manifest as physical or behavioral changes such as loss of appetite, or heightened appetite, loss of energy, skin breakouts, and muscle tension. People can become angry or irritable, be more critical of others, holler, and pick fights. They also can become emotionally numb, grind their teeth, be overly self-critical, and indecisive to boot.

What’s important, Carson said, is to recognize one’s own stress signs — she tends to unconsciously pick at her nails, a tic her husband often sees first — and takes steps to relieve them. Sperling said it’s important to acknowledge and validate rather than dismiss your feelings.

“These are unprecedented times where there is a lot more at stake now,” Sperling said. “That may make this election feel bigger than they may have felt in the past. … There are so many big decisions that people may feel there’s a lot that’s important to them that’s at stake.”

Sperling suggested counteracting uncertainty by carving out times in our day for activities that are personally meaningful and that we control, whether it’s going for a walk, having a cup of coffee without interruption, or connecting with people who are supportive of us.

Carson said going for a walk not only breaks one’s focus on national events, it provides an exercise boost. She suggested deep breathing for two minutes, which has been shown to calm the autonomic nervous system. We can also try meditation or listing things for which we feel grateful, because anxiety and gratitude are incompatible, she said. 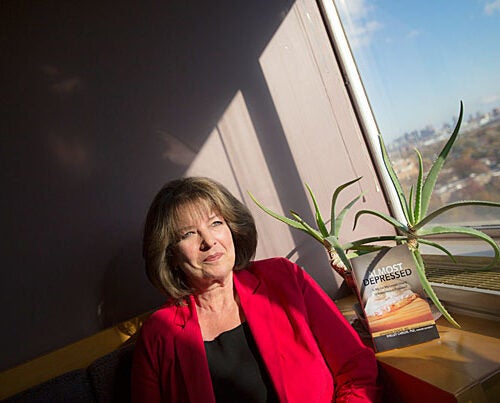 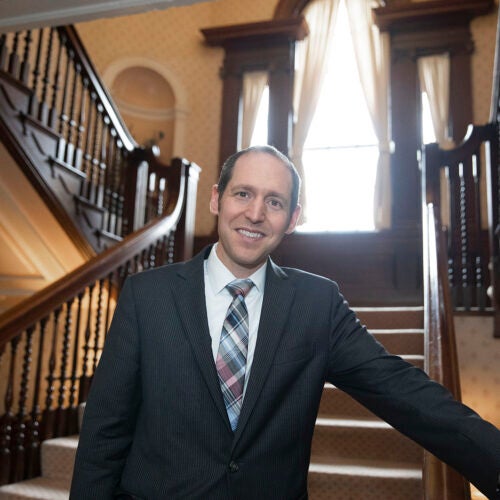 McLean program blends spirituality with counseling, once an unthinkable pairing

“The thing to do is step back from it. You have to quit hitting ‘refresh,’ ” Carson said. “You can distract yourself. … Go do something different. If you can put the phone down, that’s wonderful.”

Carson also suggested “reframing” the situation from something potentially threatening into something good, or even exciting. For instance, she said, rather than worrying that “we may lose,” think about the historical significance of the election and the thrill of watching history unfold, regardless of how it turns out.

“It’s kind of thrilling and exciting not knowing [who won],” Carson said. “We truly are privileged to be watching this play out before our eyes. And some day we’re going to look back on this and be able to tell our children about this moment in history.”