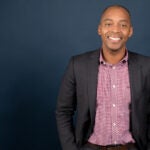 The U.S. economic downturn has been harsh, but not as dire as first feared when the pandemic struck nearly seven months ago. The way ahead is uncertain, potential dangers abound. While the stock market remains strong, and the latest monthly Bureau of Labor Statistics figures show unemployment in September on a decline, that’s now slowing, with only about half the jobs lost early in the outbreak having been recovered. Inequality has widened, as lower wage and non-white employees, and mothers of young children still struggle to find work. Major airlines, entertainment conglomerates, and financial services firms that received billions in federal relief have recently announced tens of thousands of job cuts. Small businesses are reeling. And congressional talks over a new aid package appear stuck. Kenneth Rogoff, Thomas D. Cabot Professor of Public Policy and Professor of Economics, and co-author of a noteworthy history of economic disasters, spoke with the Gazette about where things may be headed.

GAZETTE: Where is the economy right now?

ROGOFF: The Federal Reserve has said, and I agree, that the recovery has been faster than most people expected back in March. But we’re not recovered. Things like consumer spending, the jobs numbers — they’re not great, but they’re better than people were expecting. However, there’s an enormous uncertainty about what comes next. Aside from the presidential election, which is still a source of uncertainty (albeit dwindling), there are two other sources of uncertainty: First, what’s the second wave going to look like and how will the economy react? There’s so much that’s not known about COVID-19, but there’s a lot of evidence that it spreads much more rapidly in indoor spaces. And we’re all going to be moving indoors in November. I don’t think we’re going to close down in the same way we did last time. They’re going to try more targeted close-downs, but that probably means it’ll spread faster. That’s one big unknown.

The second major source of uncertainty comes from the fact that COVID-19 is both a demand and supply shock, in contrast to 2008, which, outside of housing, was mostly a demand shock. So this one is more complicated. Yes, we need to bring back demand, but in the long run, the economy also needs restructuring. This isn’t going to be going back to business as before. I wish it were. Most of the reports coming in suggest we’re in for some significant changes. One obvious change is that some of the large cities may languish for a very long time, especially with people working from home. Just look at downtown Boston. Some industries will struggle to come back. Airlines is obvious; brick-and-mortar retailers were having trouble before, but now COVID has sharpened their problems. Restaurants, hotels, travel, tourism, and entertainment all face long-term issues, on and on. Thanks to forceful government policies to prop up the economy, we don’t yet know exactly which businesses are going to make it and which are going to fail. There were fewer major bankruptcies during the first nine months of 2020 than there were in 2019, believe it or not, but that’s not going to last. A huge wave of small business bankruptcies is already under way. The government has tried to contain the damage, but if the effects linger, at some point (not too soon), it needs to allow the economy to adjust.

“There were fewer major bankruptcies during the first nine months of 2020 than there were in 2019 … but that’s not going to last.”

GAZETTE: Why has the stock market remained robust throughout much of this pandemic?

ROGOFF: I would point to three things. Number one has been the support from the Federal Reserve. They’ve driven interest rates to zero. Not just short-term, but long-term interest rates have collapsed, and that makes stocks the only game in town. Even pension funds, which normally play things very safe, are desperately going more into stocks even though it’s riskier. In addition to holding down interest rates, the Fed has guaranteed private credit in a way it has never done before. Admittedly, its actual purchases have not been that large compared to everything else. But still, it’s broken taboos. The Fed has purchased risky private debt; it’s purchased risky municipal debt, as never before, and that has encouraged investors to believe that the Fed is prepared to guarantee everything, which they’re not planning to do. They cannot do. Chair [Jerome] Powell was very clear that he was trying to prevent the breakdown of markets, not to prevent firms that are fundamentally insolvent from going under.

Another factor is that the market seems to be very optimistic about the speed at which vaccines will come online and how much they will help in dealing with the pandemic. I hope they’re right. But I think if you were to call around to Harvard Medical School and the Harvard Chan School of Public Health, they would give a more cautious assessment of just how much can be accomplished with vaccines alone.

A third thing is that the stock market disproportionately represents larger companies. Small businesses aren’t in the major indexes. Sole proprietors are certainly not included. Yet, these are a major part of the economy and the part that is getting slaughtered. In fact, many large firms will see their monopoly power go up as smaller competitors and potential future competitors are going bankrupt because they don’t have the cash reserves to survive a shock of this magnitude.

And then lastly, this is something that’s hit lower-income people much worse than it’s hit higher-income people. Thus, even though the human cost of unemployment and underemployment is massive, the effect on total demand is less than one might expect. An interesting statistic is that tax revenues have not dropped nearly as much as everyone thought would happen. That’s partly because the economic collapse has disproportionately affected lower-income individuals and businesses. Therefore, it’s not costing as much tax revenue as was originally expected. The fact the stock market’s doing well — it’s not meaningless at all; it’s definitely significant. But it’s certainly not painting a complete picture of the economy. Even so, I do think the stock market is a touch optimistic. For one thing, there’s going to be a political backlash for the massive inequality the pandemic has highlighted. There was a big backlash after 2008. This one is bigger. There’ll be major, long-term political changes coming out of this, which are probably not going to be favorable to the stock market (for example, a rise in the corporate tax rate).

GAZETTE: While the unemployment rate is still declining, the Oct. 2 jobs report shows the pace has slowed. What’s happening?

ROGOFF: A lot of people dropped out of the labor force. That report says the drop was from 8.4 percent to 7.9 percent mainly because workers left the workforce. Looking at the total number of people employed compared to what it was before, the numbers show a much more dramatic drop. We’re still doing better than I would have guessed back in March or April, but we are nowhere near recovered. You might say we’re halfway getting back to where we started. But all the forecasts now are that it’s going to slow down even if we got the full Democratic $2.2 trillion pandemic recovery bill, which we won’t, at least not until January. It still looks like we’re slowing down. There’s just enormous uncertainty about what’s going on.

GAZETTE: How long could it take to recoup most of the jobs lost through layoffs and business closures?

ROGOFF: Even optimistic forecasts have unemployment at 5 percent at the end of next year. It seems to be coming down, but that’s an illusion because a lot of people have dropped out. For example, people are temporarily out of the workforce because they’re afraid to go to work or perhaps they’re taking time to figure out what they want to do with their lives. There are women and men who need to stay home for their children. Many of these people who would otherwise be working will come back to the labor force, and there will need to be jobs for them. Frankly, if we really did have 5 percent unemployment at the end of 2021, and labor force participation has risen to near pre-COVID levels, we would have done very well.

GAZETTE: If Congress can reach an agreement on more federal aid, how much and where is it most needed?

ROGOFF: It’s clear that the cities need help. They’re not allowed to borrow. If they could, they’d probably be able to borrow just fine right now, but they’re not allowed to borrow. Some of the major cities are in enormous trouble because the revenues are shrinking. Again, not as much as expected, but their revenues have been shrinking pretty dramatically. They need help. Unemployment insurance supplements clearly need to be extended for a long time (albeit at gradually reduced levels that encourage people to return to work.) We clearly need to invest more in testing and health. It feels like the order of magnitude of the House bill is probably the right one even if you can argue about the particulars. This is disaster relief, not stimulus. If we don’t have policy paralysis after the election, then one would hope we’d get quite a bit of disaster relief for some time.

GAZETTE: From the very earliest days, many economists said the U.S. economy won’t turn around until the pandemic is under control. What does the recovery look like at this point? 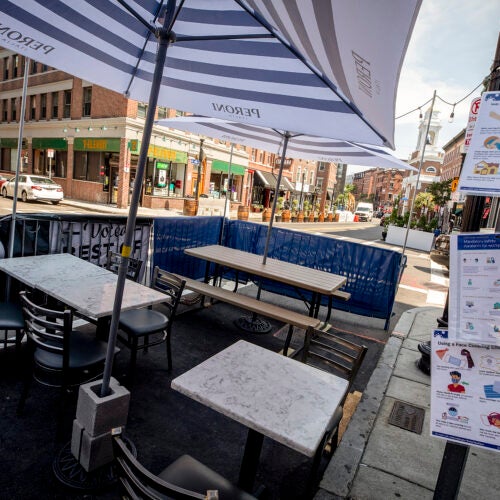 What’s next for the world’s largest economies?

ROGOFF: The question is, what does “under control” mean? We may need to learn to live with it. There seems a very high chance that this is going to become endemic for quite some time. We can try to reduce the odds people will get it; we can try to improve treatment, but all the forecasts are that it’s going to take a very long time. So I think [the economic recovery] is going to be very slow. My guess is that the winter will still be a tough period … and that’s clearly going to be a setback for a lot of consumer-facing firms and businesses.

Over the long run, the markets seem to think there’s no chance we’ll ever have inflation again, and there’s no chance interest rates will go up. Maybe. But it is not a replay of 2008. It’s a different kind of shock that’s affecting the whole structure of the economy and not just demand. You could imagine a scenario where governments continue to very aggressively support demand; consumers become more confident; but large sectors of the economy don’t come back. So demand picks up, but supply doesn’t. Also, pressures on globalization and decoupling from China would put tremendous upward pressure on price and interest rates over the long term. That’s not happening in the next year, but if we look a few years out, I think we are looking at a very uncertain picture.