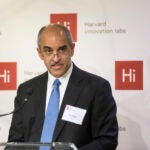 Yaseen Hashmi, M.T.S. ’21, didn’t expect an epiphany when he joined students from Harvard Divinity School (HDS) and six of the University’s other graduate Schools for a January-term course in Israel and Palestine, but that’s what he got.

Hashmi came to HDS thinking that he might pursue a legal career afterward. The attorneys he met in the Middle East, however, seemed able to do little about violations of human rights and international law in the region. On the other hand, the artists he spoke with from a range of religions and cultures, “had these awesome stories about the ways they’ve opened people’s minds.” Seeing the artists successfully challenge the very narratives and assumptions that thwart legal work toward justice left him feeling enlightened and excited. Hashmi had had a passion for screenwriting and filmmaking since he was a teenager, but he never really thought of his creative work as more than a hobby. It certainly wasn’t a way to work for justice. The J-term course changed his mind.

“Something clicked for me on that trip,” he says. “One movie can teach you so much about the history of the [Israeli-Palestinian] conflict. And not only that, it can give you insight into why people are entrenched in their views. Why does the conflict persist? Why is the occupation where it is today? You can see it so much better through filmmaking.”

In the years to come, many more HDS students will expand their notion of how they can make a difference in the world — and learn how religion shapes nearly every area of human activity — thanks to the program on Religion and Public Life (RPL), a major new initiative launched by HDS in the fall of 2020. The RPL will engender a new degree program — the first since HDS introduced the master of theological studies over 50 years ago. Set to welcome its first cohort of students in the fall of 2021, the Master of Religion and Public Life (M.R.P.L.) is an opportunity for practitioners from fields such as business, law, the arts, nonprofit work, and many others to gain advanced knowledge about religion.

Dean David N. Hempton says that RPL is an effort to bring the School’s vast expertise in the study of religion to bear on contemporary challenges.

“The program on Religion and Public Life leverages Harvard Divinity School’s historic strengths in scholarship and ministry studies to address some of the most complex issues facing the world today,” he says. “It seeks to do so by integrating many of our current programs and building new bridges from the academy to a wide range of stakeholders in business, law, humanitarian work, journalism, the arts, and many other fields. It will enable the School to become greater than the sum of its parts and to focus its collective efforts more deliberately in the years ahead.”

The RPL expands HDS’s efforts to promote religious literacy by educating a new kind of leader — one who understands the religious traditions and values that shape people’s lives, is capable of rigorous self-reflection and self-criticism, and harnesses religion’s capacity to bridge cultural divides while mitigating its capacity to destroy. It is led by Diane L. Moore, senior fellow at HDS’s Center for the Study of World Religions and lecturer on Religion, Conflict, and Peace, who has over 40 years of experience working with students and educators.

“The widespread failure to understand the power of religion in human experience has significant consequences,” Moore says. “It fuels bigotry and prejudice, leads to misinterpretations of conflicts and crises, and hinders cooperative endeavors in local, national, and international arenas. There is an urgent need to promote a more sophisticated understanding of religion in public life to mitigate these consequences—and to leverage religious resources that promote human and planetary flourishing.”

“The widespread failure to understand the power of religion in human experience has significant consequences.”
— Diane Moore, Harvard Divinity School

To address this need for religious knowledge, one of RPL’s two programmatic pillars is the Religious Literacy and the Professions Initiative (RLPI). RLPI offers a fellowship program that brings professionals into the classroom to co-teach a year-long course sequence on religion and the professions and to mentor students. The program’s internships put students in the field at institutions like the United Nations, the European Union, and the humanitarian nonprofit Oxfam, where they gather real world experience.

Shaun Casey, M.Div. ’83, Th.D. ’98, was U.S. special representative for religion and global affairs during the Obama administration and a 2019-20 RLPI fellow who co-taught the initiative’s “Religious Literacy and the Professions I: Government and Humanitarian Action” course. He says that RPL is “aiding students in their vocational call to change the world in a multitude of ways.”

“In the foreign service, which is the professional corps of workers in the United States Department of State, there’s a woeful lack of religious literacy,” Casey says. “In the office that I ran [Religion and Global Affairs], it was a real struggle to find people who had the kind of expertise I needed to help diplomats get a deeper understanding of religion in context around the world. RPL is one of the few programs in the country that trains students how to grasp religious literacy in a more sophisticated way.”

As with its predecessor, the Religious Literacy Project, RPL will promote religious literacy in order to address the deterioration of civic life and the rise in social hostility. Along those lines, another area of focus within the RLPI is with educators, particularly those working at the high school and community college levels. Through the annual Summer Teacher Institute for Educators, a fellowship program, collaborations with school districts, workshops, conferences, and the comprehensive Religious Literacy Resource Kit, the program provides educators with tools to help students think critically, creatively, and constructively about religion.

RPL’s second pillar addresses one of the most powerful — and visible — ways that religion influences human affairs: its capacity to help ignite and resolve conflicts. The Religion, Conflict, and Peace Initiative brings together scholars from HDS, Harvard Kennedy School’s Ash Center for Democratic Governance and Innovation, and Atalia Omer from Notre Dame’s Kroc Institute for International Peace Studies to examine the role that religious communities play in violent conflict — and in promoting sustainable peace.

Through coursework, a shared seminar with other professionals, and a final project, M.R.P.L. students will prepare to serve as leaders within their professions regarding the public understanding of religion.

“Right now, professionals who want to enhance their understanding of religion at HDS have to enroll as Special Students or through our two-year MTS degree, probably concentrating in religion, ethics, and politics,” Moore explains. “Neither of those programs is really equipped to respond to their particular needs and interests — which is to understand the role that religion plays relevant to their work. The Master of Religion and Public Life degree is a focused program aimed at experienced professionals from a diverse range of fields.”

M.R.P.L. candidates will be required to master a common theoretical framework for analyzing the ways that religion shapes the breadth of human experience. At the same time, they will construct a course of study unique to their own profession and aspirations. When they graduate, M.R.P.L.  alumni will be equipped to serve as leaders in the public understanding of religion and its specific relevance to their field.

“Just as analysis about dynamics related to gender, race, ethnicity, sexuality, and class emerged decades ago with profound impacts on how professions function,” Moore explains, “analysis regarding the complex roles that religions play in human experience is equally critical yet rarely acknowledged. The M.R.P.L.  meets the urgent need for a more sophisticated understanding of religion in a wide range of professions.” 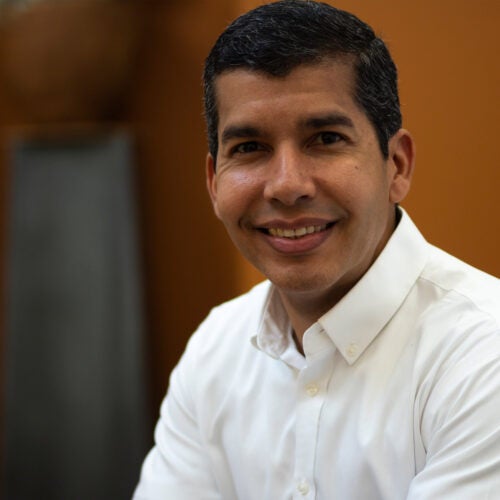 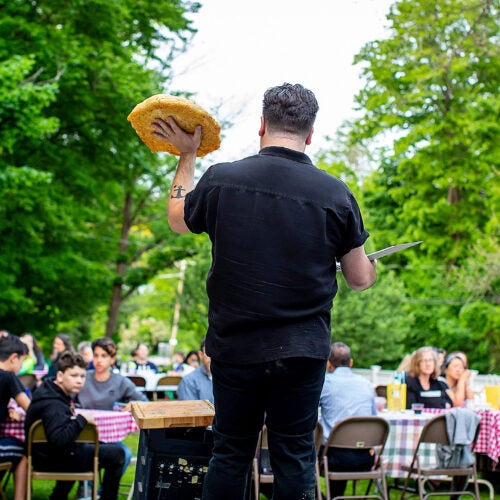 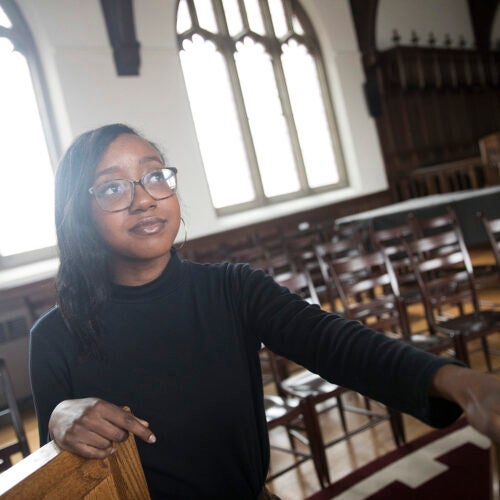 Students in HDS’s existing degree programs will also have a chance to get this sort of applied knowledge. The new certificate in religion and public life will allow M.T.S. and M.Div. candidates to engage in coursework, mentoring, internships, and projects that bring a nuanced understanding of religion to areas like education, government, humanitarian work, and entertainment media.

Hashmi has big plans for the year ahead. He’s anxious to check out RPL’s new certificate program. He also wants to make a film about the ways that different religious organizations relate to beauty in the city of Istanbul, Turkey — a documentary and a work of art that would inspire conversations about cultural violence and activism. Even at a time of great uncertainty, Hashmi says that RPL enables him to look to the future with hope and excitement.

“It feels like I got fairy-tale picked up and dropped into a community and I’m having a blast there,” he says. “I really want to do film and RPL shows me that my life won’t fall apart if I put time into something I love. I feel empowered to take on whatever comes next.”