As Indian Country bears brunt of the pandemic, new calls on Washington to act 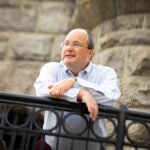 Red tape holding up $11B in CARES relief

Like countless state and local governments, the 574 federally recognized American Indian tribes across the U.S. are struggling to respond to the public health crisis caused by COVID-19 — and the resulting economic devastation. Despite the $11 billion in direct relief Congress earmarked for tribal governments last spring, the funds have been slow to reach Native Americans, and legal restrictions and other red tape have hindered tribes’ capacities to adequately respond to the pandemic.

During an online panel hosted by the Harvard Project on American Indian Economic Development, tribal leaders and members of Congress discussed the unique challenges Indian Country is facing as it responds to COVID.

“The pandemic has impacted every area of our tribal life,” said Stephen Lewis, M.P.A. ’07, governor of the Gila River Indian community in Arizona. The community, which is adjacent to Phoenix and has significant numbers of tribal members living off of the reservation in surrounding towns and cities, had to scramble to find testing resources, particularly in the early summer as the virus spread rapidly across the state.

“We’ve had to be, just like other tribes, very entrepreneurial at times to find solutions and make sure that we had testing,” said Lewis.

As COVID-19 touched Indian Country from isolated Native Alaskan villages to the large Navajo reservation sprawled across portions of Utah, Arizona, and New Mexico, the economic impacts were particularly hard on tribal business and government revenues. According to an analysis by a team of researchers affiliated with the Harvard Project, the tribal regions face the loss of more than 1.1 million jobs and more than $49.5 billion in wages and benefits for workers.

When Congress prepared the massive COVID-19 stimulus package known as the CARES Act this past March, Montana Sen. Steve Daines and others pushed for a more robust federal assistance package for Indian Country.

“Until we actually get guidelines from the Treasury that are set in stone, that don’t keep changing, we’re almost afraid to use the money because we don’t want to have to pay it back.”
— Shelley Buck, president of the Prairie Island Indian community

“The argument that we made, those of us who represent states that have larger Native populations, is that if we’re granting all these dollars to the states, why aren’t we also granting dollars to these sovereign nations?” Daines said. Though federal funds were ultimately earmarked for tribes, distribution of that money and restrictions on its use has been a source of frustration for many tribal governments.

“We have over 1,000 enrolled members, and … we’ve received significantly less funding than other tribes in our similar population base,” said Shelley Buck, president of the Prairie Island Indian community in eastern Minnesota.

The U.S. Treasury Department, which was charged with administering most COVID stimulus spending, used a formula to allocate funding for tribal governments based on an Indian housing grant program in which the Prairie Island Indian community didn’t participate, resulting initially in lower federal aid levels than the tribal government was entitled to, Buck said. In addition, Treasury guidance on how to spend CARES Act money has been uneven.

“Until we actually get guidelines from the Treasury that are set in stone, that don’t keep changing, we’re almost afraid to use the money because we don’t want to have to pay it back,” Buck said.

The Prairie Island Indian community may not have the luxury of waiting to spend its CARES Act assistance much longer, as funding is set to expire at the end of the year. “We have been hearing from tribes all across the country that the flexibility in the funding and that the timeframe needs to be extended,” said Kansas Rep. Sharice Davids, an enrolled member of the Ho-Chunk Nation of Wisconsin and the vice chair of the Congressional Native American Caucus. “I definitely think we need to see additional relief to our tribal communities because they’ve been so hard-hit.”

Daines agreed that the COVID crisis is far from over in Indian Country, and that tribal governments are likely to need additional resources from Congress to recover.

“We’re not out of the woods, and I’m just concerned that as we enter the fourth quarter and first quarter of next year, getting in those winter months, that I think we’re going to start seeing more difficult economic challenges and health challenges.”