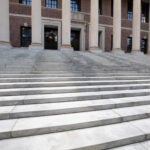 Thousands of volunteers and organizations will fan out across the country on Tuesday to remind people about the importance of voting and to assist those who may need help with registration as part of National Voter Registration Day. The Institute of Politics and the Ash Center for Democratic Governance and Innovation at Harvard Kennedy School are leading the Harvard Votes Challenge to encourage all the Schools at the University to increase student registration.

The group will present a Zoom webinar at 3:30 p.m. Tuesday on voter participation featuring Valerie Jarrett, former senior adviser to President Barack Obama and board member of the nonprofit When We All Vote, and David Wilkins, the Lester Kissel Professor of Law and Vice Dean for Global Initiatives on the Legal Profession. Tova Wang is Democracy Visiting Fellow at the Ash Center and a member of the Universal Voting Working Group. Her research and advocacy focus on voting rights, increasing political participation, and working toward a more inclusive and just democracy. Wang spoke with the Gazette about how young Americans can get political leaders to listen to them and persuade cynical friends or family members that every ballot matters.

(The Harvard Votes Challenge is a nonpartisan initiative that strives to build a strong civic culture at the University by increasing voter registration and participation among students, staff, and faculty. Read about the effort here.)

GAZETTE: The U.S. is a representative democracy, yet only about half of voting-age citizens vote. Why do we have such low voter participation?

WANG: There are tremendous structural barriers in the system that make voting more difficult for some people than others, including young people and students, in particular, that make it so that people just sort of throw up their hands. I think that there’s also probably not enough education about how our election system works. It may seem intimidating to some people or they don’t understand it. And I think that there is a feeling of “It doesn’t matter because things don’t change.”

GAZETTE: What are some of those structural barriers?

WANG: Voter identification laws, voter registration cutoff dates that are well before the election instead of having same-day registration as a couple of dozen states now have, restricting who can mail in a ballot, requiring a witness signature on an absentee ballot, having reduced early voting time periods and locations, closing polling locations, including on [college] campuses. These are the kinds of barriers that are thrown up to make voting more difficult for some people, and occasionally, they seem to succeed.

GAZETTE: Historically, most eligible 18- to 29-year-olds don’t vote. In the 2018 midterms, their participation rate was up, but they lag behind most other demographic groups. How do you make the case to them for voting in this election?

“Voting is an act of the resistance, standing beside all the other actions that are being taken right now to voice people’s opinions on what’s happening and that they’re not going to stand for it.”

Young people in particular have always had low voting rates. Always. It’s been this persistent frustration. Some of it is also due to the structural stuff like, for instance, voter ID laws. Even young people that always have ID, they move around a lot, so having to register every time you move. But I really want to emphasize that this is the election where young people [can] prove to the leadership of this country and to the citizens of this country that the youth vote matters, and young people are going to speak up and have a voice. And that means that no matter where you are, if you’re in Massachusetts or if you’re in Wisconsin, young people need to turn out in force and just send the message that our concerns on climate, on student debt, we’re not going away; we’re going to hold you accountable. And voting needs to be part of what people do in order to convey that message.

GAZETTE: How do you break through to those who question whether their one vote matters?

WANG: There has to be tremendous outreach and information and education. The mystery of voting needs to be resolved, and people need to not see it as something that’s this really difficult, huge thing, because it shouldn’t be.

Voting is an act of the resistance, standing beside all the other actions that are being taken right now to voice people’s opinions on what’s happening and that they’re not going to stand for it. And so I think that if that message could be conveyed, accompanied by having the requisite amount of information on how to register and vote, which is happening on multiple levels right now, that will improve turnout levels.

GAZETTE: Do you see any signs this election will be different?

WANG: I think the turnout is going to be incredible because I think that young people understand that it’s their futures more than anybody’s on the line. There’s so much education and visibility being given to it, including by the NBA and the NFL using arenas and stadiums as polling places. There’s just so much attention and so many resources that you would hope that that would allow for a really, really, really historic turnout. I just have faith. I’ve seen it from the [Black Lives Matter] protests to the work that environmental organizations are doing and gun violence organizations are doing that there’s an enormous amount of energy and understanding that the energy has to be targeted both in terms of direct action as well as voters.

GAZETTE: What are some effective ways to boost voter participation and make our democracy more inclusive? 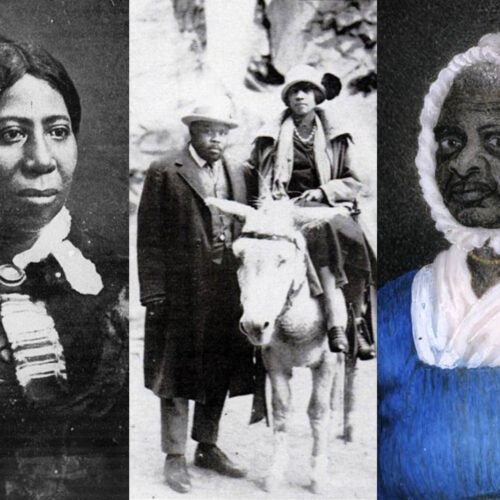 We do not have a democracy that is hearing the voices of all of us. Most people are completely ignored by elected officials if they’re not of a certain wealth [level] or [make] campaign contributions, or they’re not corporate types. Particularly [those in] marginalized groups. And so if you want to be represented and have your voice heard and be able to affect policy, voting has got to be part of the strategy. Also, even though voting can seem like a very isolated and solitary act, it’s actually a very collective act. You’re working as part of a community to effect change by voting. [Convey] this idea of voting being something that can be fun, that you can take pride in, that you could feel like you’re part of something.

GAZETTE: For those hoping to persuade their friends, family members, or neighbors to register or to vote, what advice would you give?

WANG: It definitely is family and friends and other people who are trusted that people listen to when it comes to this stuff. So those one-on-one conversations with people who you’re close to are the most effective way to change someone’s mind about voting and registering to vote. The other proven way to help people is to create a plan for how you’re going to register [and] how you’re going to vote. Do it with a friend; do it with family member, so it’s not just you, and then follow those steps. Just having a plan: “I’m going to register online” or “I’m going to register by mail.” “I need this ID or information”; “I’m gonna vote early; here’s the place where I’m going to vote early.” “My friend is going to come with me; we’re going to go on this day; here’s how we’re going to get there.” As I said, it should not be daunting.

GAZETTE: Where do you suggest people go to find reliable, nonpartisan voting information?

WANG: The best place to go is to the website of your [state] elections official. That’s going to have the most accurate possible information. In most states, it’s the secretary of state; in a few others, it’s the director of elections. There’s one state where there’s a board, but even your county elections official will have the information that you might need. If that doesn’t work, there’s a nonpartisan website, Election Protection, and you can call them at any time. There are people there to answer any questions that people have.