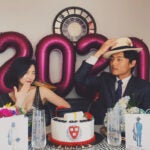 The recommendation is part of an ongoing effort to ensure that HMS buildings, symbols, academic societies, and public spaces fully reflect the institution’s mission and values.

“Although task force members considered several worthy candidates, Dr. Hinton emerged as the unanimous choice. He is an eminent former faculty member and alumnus, a pioneering scientist and physician, and an individual abundantly deserving of this recognition,” said Daley. “The School is delighted to honor him.”

“As we at HMS work to foster a culture of diversity and inclusion, and contribute to a more just and equitable world, it is vitally important that our campus environment reflect our values, inspire our community, and demonstrate that all we aspire to can be attained,” Daley added.

A graduate of Harvard College and Harvard Medical School, as well as an internationally recognized infectious disease researcher, Hinton was an HMS faculty member and the first Black full professor at Harvard.

“I think this is a very important moment for HMS students of traditionally marginalized identities,” HMS student LaShyra Nolen said in an email. Nolen is HMS Student Council president and a member of the task force that recommended the change. “Often we inhabit spaces named for individuals who do not look like us or represent the values of our communities. Though this may seem like a small feat, this change will make a great difference for students, and I’m proud we came together as a community to make it happen.”

The task force recommendation was endorsed by HMS Dean for Medical Education Edward Hundert, who said he was thrilled by the group’s choice.

“Dr. Hinton was the first African American professor, not just at HMS, but at Harvard University,” said Hundert. “His public health and biomedical advances in the diagnosis of syphilis helped untold numbers of patients, and his writing on the role that socioeconomic factors play in health outcomes make him as relevant today as when he wrote those seminal works almost a century ago.”

The move is part of a multi-year effort at HMS and followed Daley’s request to the Faculty Council Subcommittee to create guiding principles to assist the School in making naming choices and to use the guidelines to consider a petition spearheaded by students calling for the Holmes Society name change.

In response, a special task force was formed from the core Faculty Council subcommittee and ad hoc participants representing faculty, staff and students at HMS and the Harvard School of Dental Medicine.

After formulating the guiding principles and deliberating for several weeks, the task force found that although Holmes’ contributions to science and medicine continue to be seen as significant, “his publicly articulated views concerning racial inequality, even understood in the context of their time, and perhaps further informing our understanding of his role in the expulsion of HMS’ first three African American students, run especially contrary to the [School’s] guiding principles …”

Nawal Nour, co-chair of the HMS Faculty Council Subcommittee and an associate professor of obstetrics, gynecology and reproductive biology at Brigham and Women’s Hospital, said the decision sends a meaningful message that will resonate beyond the HMS Quad.

“Changes like this are important, not only within HMS’ own walls, but as examples of leadership across the university, our affiliated hospitals and to academic communities everywhere,” Nour said.

Holmes, an 1829 Harvard College graduate, received his medical degree from HMS in 1836 and later served as dean of the medical school from 1846 to 1853. He has historically been recognized for substantial contributions to medical science and education, such as his demonstration of the contagiousness of puerperal fever. With the advent of the HMS New Pathways curriculum in the mid-1980s, the School named its student academic societies after Holmes and physicians Walter Bradford Cannon, William Bosworth Castle, Francis Weld Peabody and, later, Irving M. London.

In recent years, Holmes has been criticized for his 1850 decision as HMS dean to accede to white students’ demands that he expel the School’s first three admitted African American students, Daniel Laing, Jr., Isaac Snowden and Martin Delany.

Scott Podolsky, HMS professor of global health and social medicine and director of the Countway Library’s Center for the History of Medicine, was also a member of the task force.

“There are complexities and nuances to Holmes’ story, and it’s important to engage with such details as we consider our own relationship to our historical antecedents and our current aspirations,” Podolsky said.

“While Holmes … contributed enormously to the development of medical science, medical education, and the humanities more broadly, it’s difficult to presently consider him a leading symbol for a medical school that is clearly committing itself to diversity, inclusion and anti-racism as guiding principles. This is all the more the case for a student ‘home’ that the academy societies represent,” he added.

The petition signed this year by HMS students pointed out that, “Holmes’ name has far too long been accepted as a toxic fixture in our academic environment, and it is time for our HMS/HSDM community to demonstrate that the lives of Black students truly do matter.”

Jalen Benson, a second-year HMS student who has been a member of the Holmes Society, was also a member of the task force. He said he is elated that the society will now be named after Hinton.

“I’m honored and thankful that Dr. Hinton should be the namesake of the society,” Benson said, adding that although there is still work to be done to make HMS more fully diverse and inclusive, through the renaming, “Harvard is saying, ‘You know what? We can grow and change.’”

Alisha Nanji, an HSDM student who was on the task force, said she hopes the group’s deliberations are just the beginning of a broader, long-term conversation as Harvard works to promote a more equitable society.

“It is a crucial step, because it allows us to use the past as a learning tool while simultaneously ensuring that we commit to advancing diversity and fighting for social justice,” Nanji said in an email.

“I am grateful to all those who put significant time and energy into this effort,” said Fidencio Saldaña, dean for students and, with Nour, co-chair of the HMS Faculty Council Subcommittee on Artwork and Cultural Representations. “This issue means so much to our students and our community. It is vitally important that HMS do all it can to foster and reflect a just and inclusive society.”

William Lensch, strategic advisor to Daley, has been the driving force behind the School’s ongoing efforts to address artwork and cultural representations at HMS. To date, this work has included supporting installation of the Alice Hamilton statue for the Tosteson Medical Education Center atrium in 2018, showcasing the work of then-student Pamela Chen, M.D. ’20, in the dean’s office in 2019, and obtaining and installing the Hinton portrait in the HMS Waterhouse Room, also in 2019.

“I’m happy to see this progress, and I’m grateful to the task force for its hard work and dedication,” said Lensch. “We have been reevaluating campus artwork and other forms of recognition since Dean Daley became dean, and this decision reflects our ongoing efforts to promote greater diversity and inclusion across HMS. We know we have much more work to do, but this is another move in the right direction.”

Hinton, born to former slaves in 1883, earned a bachelor of science degree at Harvard in 1905. After teaching for several years, he entered HMS, competing for and winning prestigious scholarships and earning his M.D. with honors in 1912. Barred from pursuing a career in surgery at Boston-area hospitals because he was Black, he took a job teaching serological techniques at what was then Harvard’s Wassermann Laboratory, working as a volunteer assistant in the Department of Pathology at Massachusetts General Hospital. There, he proceeded to change the course of medicine.

He became an expert on syphilis and created a new diagnostic blood test for the disease that was adopted by the U.S. Public Health Service. He later became the first African American promoted to the rank of full professor at HMS and Harvard University and was named clinical professor of bacteriology and immunology.

Teresa Carter, program coordinator for minority faculty development programs in the Office for Diversity Inclusion and Community Partnership and a staff member on the task force, said the renaming decision is very affirming and comes at a pivotal time in history.

“It is significant for not only the current generation of students at HMS and HSDM, but for the next generation of students as well — those in K-12 programs and undergraduates who visit HMS,” Carter said. “To be able to see someone who looks like you, who has a history that you can identify with, who achieved greatness despite the obstacles encountered and who is honored in this way is a powerfully motivating thing.”

Anthony D’Amico, the advisory dean and director of the Holmes Society, was also a member of the task force. He said he wholeheartedly welcomes the change.

“The choice of Professor William Augustus Hinton as the new namesake for the former Holmes Society embodies the essence of what a society at Harvard Medical School represents, and that is a home where all are welcome and where love abides,” D’Amico said.