Each one, teach one 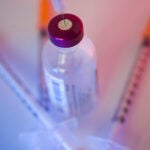 Applying to medical school is an undeniably complicated process, but Azan Virji discovered that it’s even tougher when you’re an international student.

The Tanzanian applicant’s options were slim, even though he already had a bachelor’s and a master’s in public health from Yale. Only 48 American institutions consider international applicants, and they accept them at about half the rate of U.S. citizens. And he had no idea about how to go about applying for financial aid.

“When I was applying to medical school, I had no one to talk to as an international, as someone applying to medical school, as someone seeking financial aid,” said Virji, now in his second year at Harvard Medical School. “Always in the back of my mind, I thought, ‘If I get in, I’ll do something about this.’” Thus was born the idea for F-1 Doctors, a group of international med students who offer help to applicants facing the same challenges they did.

Virji founded the organization with Ghazal Aghagoli, an Iranian/Canadian student, and Ben Gallo Marin from Nicaragua. Both are students at Brown University’s Warren Alpert Medical School. Currently there are 70 volunteers from 30 countries who’ve helped more than 60 students.

Through its website, F-1 Doctors offers a host of resources to international students interested in going to a U.S. medical school: links to guides on admissions and on taking the Medical College Admission Test, or MCAT. The organization offers information on financial aid, has hosted webinars on the admissions process, and made links to past webinars available.

In addition to offering professional guidance, group members also offer personal support, which has been particularly necessary amid the political turmoil of recent years. Many international applicants have had to deal with the fallout from the anti-immigrant climate fostered by the Trump administration, particularly involving those from Latin America, China, and predominantly Muslim countries. The hostile rhetoric was matched by action when the White House restricted travelers from Tanzania earlier this year, and then suspended issuing H-1 work visas — which graduating students need to get jobs legally after their F-1 student visas expire. (The group takes its name from the visa designation.)

Many were first alarmed and then relieved when the administration announced and then canceled COVID-related plans to send international students home if their classes were being offered online.

For all these reasons, a key feature of the program is the mentorship component, which pairs international students with personal advisers who know the challenges they’re facing. Mentors include current medical students like Zach Zhao, an HMS first-year from China whose experience applying and beginning his studies is fresh.

Zhao came to the U.S. at age 16, finished high school here, and attended Johns Hopkins University for his undergraduate studies. He said the high stakes, long odds, and lack of information available for international students makes the application process both frustrating and stressful. While Zhao was going through it, he visited HMS and stayed with Virji overnight. When asked whether he was willing to help others through F-1 Doctors, he agreed.

Zhao has spoken with 15 students who are interested in applying to U.S. medical schools. Some were in the midst of applying, but others were a year or two away from beginning the process. He shared experiences like applying to 27 different schools because he was concerned that there were so few slots for a huge pool of international applicants.

Zhao said the most common insecurity that applicants have involves their qualifications. If students are at the end of their college careers, he tells them to set that aside, to have confidence in themselves, and to understand that admissions officers consider the whole student. Activities and personal desire — expressed in essays offered along with the application — are important, in addition to grades and MCAT scores.

“This is definitely something I will hold on to and hopefully, if I’m successful, I’ll have the chance to give back.”
— Sai Sagireddy

“The most common theme is reassurance, ‘I did it. You’ll be able to. Don’t preoccupy yourself with doubts,’” Zhao said.

He tells them to think about how they stand out, what strengths they have that are unique. He also offers help with the application’s personal statement, in which students have to talk about why they want to become a doctor. That is often a struggle, Zhao said, in part because students are trained by college classes to write in a more analytical fashion, and also because many students aren’t used to writing about themselves or come from cultures that discourage self-promotion.

Sai Sagireddy, an incoming freshman at Baylor University in Texas, is considered an international student not only in the U.S., but also in his home of Trinidad and Tobago. Sagireddy was born in India but moved to the Caribbean islands with his parents when he was young. He decided when he was in middle school that he wanted to follow in his father’s footsteps and become a physician. He shadowed his father during hospital visits and volunteered at a nonprofit that assisted low-income families struggling with cancer.

He arrived in Texas for his freshman year in August and has taken the advice of his mentor, Zhao, in taking a research spot in a drug-discovery lab. He said he plans to stay in touch with the young med student over the coming years and, hopefully, shift roles once he’s accepted to medical school.

“This is definitely something I will hold on to and hopefully, if I’m successful, I’ll have the chance to give back,” Sagireddy said. 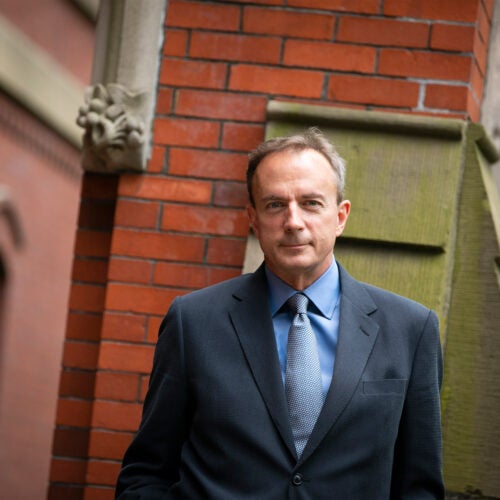 Vice provost on the challenges from U.S. restrictions, remote locations