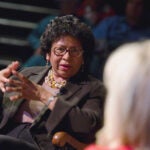 Presidential elections are always fraught, but this year’s is in its own league. Between pandemic precautions and potential crises of voter confidence, election officials are anticipating multiple new challenges as Americans prepare to head to the polls.

COVID-19 is affecting the election in multiple ways. For starters, worries about exposure at polling places have already led to increased interest in mail-in voting, which is expected to hit record levels. However, while for many voting by mail seems like the safest and easiest option, “There are a lot of steps involved,” said the Kennedy School’s Archon Fung, Winthrop Laflin McCormack Professor of Citizenship and Self-Government. “Because our elections are regulated at the local level, it’s different everywhere.”

For example, while registered voters in some states are now automatically mailed ballots, in others — including Massachusetts — mail-in ballots are limited to those who meet certain requirements and must be requested. (Massachusetts now allows any registered voter to request a ballot, citing COVID-19 concerns.)

These ballots must then be properly filled out and signed in accordance with state-specific rules. In some states, including Alabama, Alaska, and Wisconsin, those signatures must be witnessed, a rule that is in flux: Virginia recently dropped the witnessing requirement. Finally, these ballots must be returned properly — for example, Pennsylvania voters must use a “secrecy envelope” — for their ballot to be accepted, certified, and counted. (The nonpartisan website Turbovote offers up-to-date guidance on navigating these state-by-state regulations.) As ongoing court cases argue over the differing deadlines for states to accept ballots, all election officials urge voters to request (if necessary) and return their ballots as soon as possible.

The fact that many voters may be opting for mail-in ballots for the first time raises other, more basic questions as well. Professor Alexander Keyssar ’77, Matthew W. Stirling Jr. Professor of History and Social Policy, poses just one of them: “If I apply for an absentee ballot, but I haven’t mailed it in yet, can I go vote?” (Again, this depends on your state. Massachusetts voters can opt to vote in person if they have not mailed in their ballots or if their mailed ballot is deemed invalid.)  “There are answers to those questions, but they are not obvious” said Keyssar, author of “Why Do We Still Have the Electoral College?”

If that sounds complicated, it is. “My friends who study other countries tell me that they think it’s harder to vote in the United States than in just about any other country,” said Fung.

The pandemic is also affecting in-person voting. Protocols around social distancing and masking are being enacted, again at the state and local levels, but many former polling places — such as schools and nursing homes — are considered too vulnerable to utilize. Especially as concern rises over long waits to vote, viable alternatives are sought. “There is a lot of uncertainty around both the safety of in-person voting and how in-person voting will occur,” said Fung. “A lot of states are shifting around polling places and trying to accommodate increased early voting.”

Who will staff those polling places is also a concern. Historically, retirees have made up the bulk of poll workers, but this population is at greater risk from the pandemic. “Some of the people who are the most reliable poll workers are also the most vulnerable,” said Fung. Nonpartisan campaigns to recruit younger poll workers are ongoing. “One of the silver linings of this election is that a new generation of people will have the experience of working the polls,” said Fung.

Another positive development is that many corporations are engaged in increasing voter participation. More than 1,100 companies, including Patagonia, Walgreens, and PayPal have joined the nonpartisan Time to Vote coalition, with many either giving their employees paid time off to vote or making other concessions, such as opening later on Election Day, Nov. 3.

Potentially undermining all these developments and the best of precautions is public opinion. “The confidence in our elections is weaker,” said Fung. “There are legitimate concerns in how elections are administered and whether they are free and fair.” These concerns come from across the political spectrum. “Some people think there is voter suppression,” said Fung. “Other people think that there’s some voter fraud.”

Overall, Democrats favor lowering the bar and making access easier. There is a general belief that Democrats benefit from higher turnouts. Republicans historically have backed higher barriers that often include a focus on voter identity and other security measures.

“I think the remarkable fact about this election is that the outcome would not be in doubt, and we would not be having all this drama, if we had a national popular vote.”
— Alexander Keyssar, Matthew W. Stirling Jr. Professor of History and Social Policy

For instance, in the upcoming election the GOP hopes to recruit an estimated 50,000 volunteers to act as “poll watchers” to ensure voters’ legitimacy. Republicans have also set aside $20 million as a legal fund to resist attempts to enlarge voting rolls. The two parties are enmeshed in a battle in Florida about overturning a law that kept most convicted felons from voting. Both President Trump and Attorney General William Barr have voiced opposition to mail-in voting, saying it invites fraud, though they have not provided any evidence to support their claim. Citing his concerns, Trump has refused to say that he would unequivocally accept the result of the election should he lose.

Many of the complications around the election are being further tangled by the issues arising from the pandemic. “Part of what we’re seeing is that these various problems are taking place in a climate that doesn’t make it easy to solve them,” said Keyssar. He cites the delays expected from the increased number of mail-in ballots. “It’s very unlikely that the outcome of the election will be determined by election night,” said Keyssar. “A number of states are not going to have had a chance to start counting ballots, and the current administration is trying to make it harder for people to count.”

Citing the 2000 presidential election, when Florida’s electoral vote was decided by the Supreme Court, Keyssar notes other possible complications, none of which are likely to promote voter confidence. “There is the question for any given state about who certifies the choice of electors and who certifies the electoral votes of that state,” he said. When tallies are delayed or unclear, he said, “it may be legal and constitutional for a state legislature to choose electors by itself. The challenge is getting a transparent and clear outcome and getting broad popular consent to that outcome.”

A recent article in The Atlantic hints at how difficult that might be. The piece reports that Republican Party officials told journalist Barton Gellman that the Trump campaign is considering pushing battleground states with GOP majorities in their legislatures to appoint electors who will support the incumbent should he lose in the voting, the justification being a concern over widespread fraud. Lawrence Tabas, Republican Party chair in the pivotal state of Pennsylvania, was quoted as saying, “I’ve mentioned it to them, and I hope they’re thinking about it too.”

“I think the remarkable fact about this election is that the outcome would not be in doubt, and we would not be having all this drama, if we had a national popular vote,” Keyssar said. 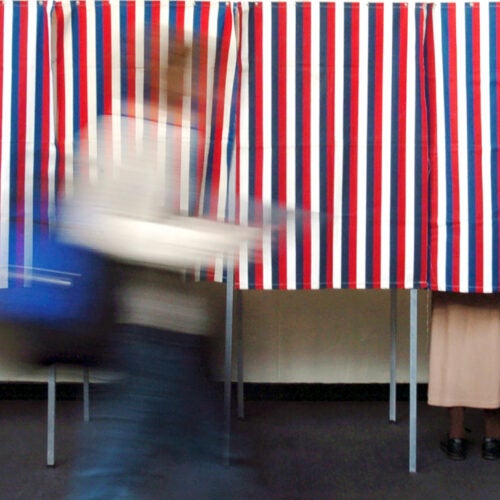