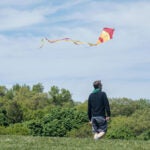 The pause that brings peace and productivity

The transgender community has long dealt with poor medical care, owing to a scarcity of skilled providers and widespread discrimination. A third of all trans people in a 2015 survey reported at least one negative experience while seeing a health care provider, including harassment and denial of treatment. And nearly a quarter of the respondents said they skipped needed care out of fear of being mistreated.

The crisis has been worsened by the Trump administration’s recent decision to eliminate portions of the Affordable Care Act that protected transgender patients against discrimination by doctors, hospitals, and health insurers. That move that was blunted by a Supreme Court decision in June that prohibited LGBTQ bias in employment, but it still threatens to complicate the lives of those in some states who could face challenges by insurers over transgender-related care.

“There are more than 1.4 million trans people in the U.S., and yet it’s still one of the most underserved communities when it comes to safe, accessible, and reliable health care,” said Soltan Bryce, an M.B.A. student at Harvard Business School (HBS), a trans man, and chief of growth for Plume, a Denver-based startup that provides telehealth services to the trans community. The first-of-its-kind firm now operates in 16 states, including Massachusetts, New York, California, and Florida.

“One thing that’s really clear is that rollback [of Obamacare protections] will lead to a loss of life in the trans community,” said Bryce. “People have lost access to care because of the rollback. That’s part of why we do what we do.”

At the heart of Plume is the idea of making access more available. Health insurance is not required. Monthly subscribers use a smartphone app to connect with Plume’s predominantly trans care team, who facilitate medical evaluations, lab work, referrals, and prescriptions for hormone replacement therapy — estrogen, testosterone, testosterone blockers, and other interventions that allow patients to live in alignment with their gender. Although not every trans person uses hormone replacement therapy, about 80 percent do and once started it’s a lifelong commitment, so maintaining uninterrupted access is critical, he said.

Many of the LGBT health centers that provide similar services are overtaxed by demand and usually located in major cities, forcing trans patients who live outside urban areas to travel hours for appropriate care. With telehealth, geography is no longer an issue, said Bryce.

Also, having an almost all-trans staff, including Plume’s co-founding physician and activist Schuyler Bailar ’19, the pioneering Harvard athlete who is a community adviser, makes a huge difference to patients.

“‘For trans by trans’ is really key, because we hear that message a lot from our patients and our community members who are used to being not understood, who are used to being mistreated,” said Bryce. “It’s hard to explain, but to be able to know that who you’re going to is someone who understands the experience that you’ve had — that in itself can be part of the gender-affirming experience.”

In many ways, Bryce’s career is the ultimate fusion of two lifelong personal threads. As Palestinians living in Kuwait, his family fled during the Gulf War and came to the U.S. as refugees when he was a child, settling in a small town in North Carolina. Bryce says his first encounter with health care in America was with the Red Cross, but his interest in the field took hold in high school while volunteering at a local hospital as an emergency medical technician. Like many small-town hospitals, it was more than just where the sick and the injured were taken, it was the heart of the community.

“Just this idea of caretaking has always been really interesting to me — what it takes to provide care and how we think about care as more than just the medical services that are delivered … but all these things surrounding the actual patient-provider relationship,” he said.

Throughout his career, Bryce has seen the ways in which the existing health technology systems don’t serve certain vulnerable communities particularly well — like small rural hospitals and trans communities — and it fueled his interest in using tech to increase access to care.

Since Bryce began at HBS and his wife, Nina, M.Div. ’19, graduated from Harvard Divinity School in 2019, the couple have lived at Mather House, serving as resident tutors.

“We’ve loved being tutors at Mather House,” he said. “I learn so much from the students. They’re so themselves in a way that I get a lot of inspiration from.”

During his first semester, Bryce said he was “struggling” with the question of whether to be out at HBS. “To go from being ‘should I be out’ to what I’m doing now is a long way to go in a year, but that’s another way the students really gave me a lot of courage,” said Bryce. “There’s this intergenerational element that feels really important” and gets him “thinking a lot about [how] I benefited from those who came before me and how I think about those who are coming next.”

Last year, Bryce was a tutor on LGBT issues, business, and intramural sports, programming events and mentoring individual students including those applying to HBS and counseling LGBT students on relationship issues, like coming out and breakups.

“One thing we’ve heard a lot from our students is it goes a long way to have tutors who just look like or are like them. And also, just being in Mather as a Palestinian trans person married to a Jewish woman who goes to HBS … it just kind of provid[es] a template for ‘many things are possible here,’” said Bryce, with a laugh. 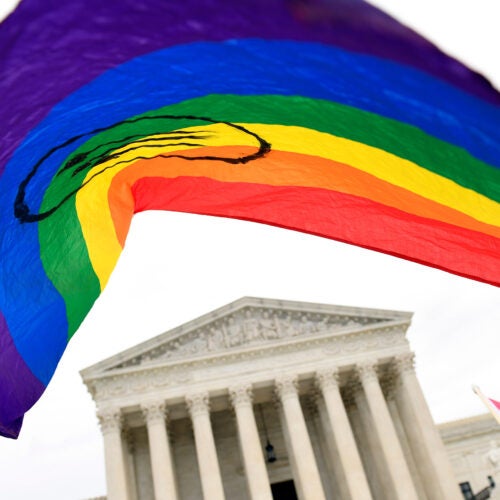 At the University of North Carolina at Chapel Hill, Bryce said he would have “really struggled” as a first-generation college student in the U.S. if it weren’t for extra help of advisers who offered “the right support at the right time. It helped me succeed. Not everyone has that, and I think that’s to Harvard College’s merit that the tutor and residential life program exists,” he said.

“The question we ask at HBS is: ‘How will we make a difference?’ The undercurrent of that is: ‘What does different look like? What does different feel like?’” he said. To “build a brand and a business around the idea of celebrating an identity that has been so historically marginalized and mistreated and hurt — it feels like this incredible privilege to be able to do that, and it’s not something that I take lightly.”