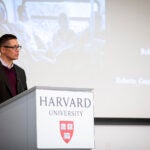 Schuyler Bailar ’19 is excited about being excited about the future. More than four years ago, during a gap year in which he came out as transgender, he was uncertain whether there was a future for him.

A star swimmer in high school, Bailar was recruited by Harvard to swim on the women’s team, but he postponed his enrollment to deal with an eating disorder that he later found out was masking a gender identity issue.

During his gap year, driven by his desire to be “true to himself,” Bailar underwent a double mastectomy and transitioned into a man. He knew he didn’t want to quit swimming, but he was unsure about the University’s response.

When Harvard’s women’s swimming and diving coach Stephanie Morawski and men’s swimming coach Kevin Tyrrell learned about Bailar’s transitioning, they both embraced him wholeheartedly. It was a gesture that not only allowed Bailar to carry on his passion for swimming, but one that changed his life, he said.

“They gave me a choice between swimming in the women’s and the men’s team,” said Bailar, who is concentrating in psychology. “The University was supportive of my decision, but if I have to break it down, the coaches were absolutely key. They were behaving like parents who love their kids first, and that was incredibly important.”

And so Bailar became the first openly transgender swimmer in the National Collegiate Athletic Association (NCAA), Division I, the highest level of intercollegiate athletics. His story made national news, gained him an interview on the Ellen DeGeneres show, another on “60 Minutes,” and made him a sought-after speaker on transgender issues.

It is a journey that has been difficult, said Bailar, recalling his struggles before coming to Harvard: being bullied in elementary school for not looking quite “girlie,” developing an eating disorder, depression, and self-harm tendencies in high school, and feeling overwhelmed with self-doubt over his swimming career during his gap year. Since he learned how to swim at the same time he was learning how to walk, the only place where he felt safe was the pool, he said. 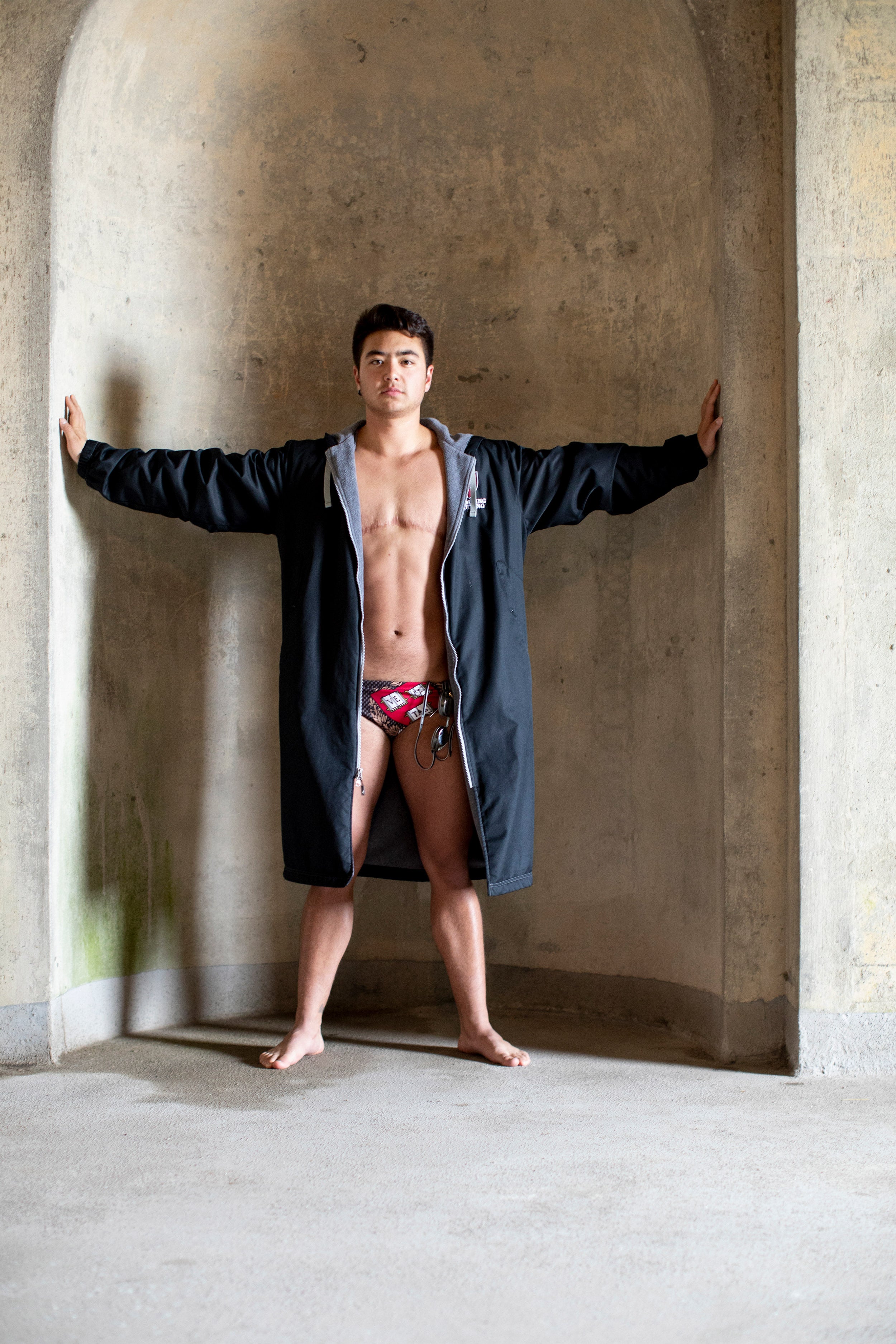 The Virginia native said he has gained strength from the love and understanding he found along the way, not only from Harvard’s coaches, but also from his teammates who welcomed him with open arms, and from his Korean grandparents, who told him they knew it all along and accepted him without reservations.

The first ones who showered Bailar with love and acceptance were his parents, whom Bailar considers his best friends. “They always led with love,” he said. “They haven’t always understood everything but have always said, ‘We love you and we’re going to figure it out together.’ That’s the most important thing a parent can do, love their kids first.”

For Tyrrell, his decision to welcome Bailar onto the team was easy. “Schuyler loved swimming,” he said. “He was very excited to join the team and wanted to get faster, and sometimes he failed, and sometimes he succeeded. He’s mentally tough and reflective. But the most important thing is that he made the team a better team.”

Of his teammates, Bailar said they were great role models. His presence was a win-win for everybody, with Bailar receiving his teammates’ support and the team becoming educated about gender diversity and diversity in general, he said. “I’m so blessed to have the teammates I have. We all kind of figured things out together and bonded a lot during that process but also challenged each other.”

As a public speaker on transgender issues, Bailar strives to illuminate some of the misconceptions surrounding transgender people by finding a common humanity that allows audiences to see trans people as human beings. But that work comes with caveats: He receives hate messages and some people question both his identity as transgender and his place in the sport he loves.

“A lot of my talks are about me proving my validity and my existence,” he said. “Sometimes, people disagree with my identity as a trans person, and while that can get exhausting, that constant questioning centers me and helps strengthen my conviction that this is who I am.”

After graduation, Bailar plans to work for a finance company in Seattle teaching emotional intelligence skills to employees. He looks forward to the next chapter of his life with excitement and relishes the fact that most of the uncertainty surrounding his past is over.

“Before coming to Harvard, I was terrified about the future because I wasn’t sure if I was going to be in the future and because nothing excited me,” recalled Bailar on a bench near the Barker Center Café, his voice strong, his demeanor poised. “I’m so thrilled about how everything turned out.”