The biggest land conservation legislation in a generation 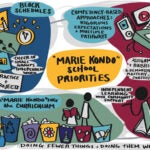 After winning final bipartisan approval in Congress last week, a bill that will pump billions of dollars into overdue repairs and maintenance of U.S. national parks is now headed to the president for his signature. It’s an unlikely success story: bipartisan support in a polarized legislature for an environmental and conservationist initiative to which the Trump administration has shown itself hostile until only recently. Linda Bilmes, the Daniel Patrick Moynihan Senior Lecturer in Public Policy at Harvard Kennedy School (HKS), served on the bipartisan National Parks Second Century Commission and on the U.S. Department of Interior National Parks Advisory Committee from 2011 to 2017. She is also co-author (with John Loomis) of “Valuing U.S. National Parks and Programs: America’s Best Investment” and is an expert on the national parks’ complicated budgeting and chronically scarce funding. We asked her about the new legislation.

HKS:  What is the Great American Outdoors Act and what will its impact be on the national parks and federal conservation funding more broadly?

BILMES:  The Great American Outdoors Act (GAOA) is the biggest land conservation legislation in a generation. The National Parks Conservation Association, the leading advocacy organization for the parks, is hailing it as “a conservationist’s dream.”

The legislation has two main impacts. First, it establishes a National Park and Public Lands Legacy Restoration Fund that will provide up to $9 billion over the next five years to fix deferred maintenance at national parks, wildlife refuges, forests, and other federal lands, with $6.5 billion earmarked specifically to the 419 national park units.

This funding is needed badly. The number of visitors to the national parks system has increased by 50 percent since 1980, but the parks’ budget has remained effectively flat. This imbalance has led to a $12 billion backlog of maintenance to repair roads, trails, campgrounds, monuments, fire safety, utilities, and visitor infrastructure — which will finally be addressed.

Second, the GAOA guarantees $900 million per year in perpetuity for the Land and Water Conservation Fund (LWCF), a flagship conservation program paid for by royalty payments from offshore oil and gas drilling in federal waters. The LWCF was established in 1964 with an authorization level of $900m, but in most years Congress has appropriated less than half of this amount. The LWCF is especially important because it helps fund the four main federal land programs (National Parks, National Forests, Fish and Wildlife, and Bureau of Land Management) and provides grants to state and local governments to acquire land for recreation and conservation.

HKS: As the author of a leading study on enhancing funding for the national parks, do you feel that this legislation puts the parks on sounder financial footing?

BILMES:  The GAOA will help to safeguard the national park units and other public lands. However, it is not a panacea. As I have outlined in my “Valuing U.S. National Parks and Programs: America’s Best Investment,” the park system is funded through a complex formula that includes federal appropriations, revenue generated from concessions and user fees, private philanthropy and in-kind donations. This model creates wide variation in the resources available to different park units and is volatile from year to year. Each component of the formula needs to be reformed to provide the parks with a more sustainable, stable funding structure.

HKS: When Congress and much of our political system is buckling under the weight of political polarization, how did a piece of legislation with significant cost implications manage to pass both the House and the Senate on such a broad bipartisan basis?

BILMES:  Congress passed the legislation by huge bipartisan majorities, in the House (310-107) and Senate (73-25). Although many elected officials of both parties have long supported conservation, the unusual show of bipartisanship that led to enact this legislation is largely due to the political and economic consequences of the COVID-19 pandemic.

The national parks are intertwined with the economy of Western states. Visitor spending in and around national parks — which are mostly located in the West — contributed more than $40 billion to the U.S. economy last year and supported 340,500 jobs. But these communities are now struggling and many of the jobs related to tourism have been lost. The GAOA is expected to create more than 108,000 new jobs to repair park infrastructure, including access roads and bridges in these adjacent communities.

In general, support for the national parks cuts across party lines. But this year, several incumbent Republican senators and members of Congress face tough electoral battles in November. Republican Senator Cory Gardner of Colorado is running against the popular former Gov. John Hickenlooper, and Montana’s Republican Senator Steve Daines is running neck and neck with Democratic Governor Steve Bullock. These two seats are critical to Republican hopes of holding the Senate. This is the main reason that President Trump, who had rejected previous efforts to fund the LWCF, agreed to sign the legislation.

The pandemic has also led Americans to rediscover the outdoors. The national parks not only provide economic benefits but also health and enjoyment. My research has found that the public values national park land, waters, and programs at $92 billion per year — at least 30 times the annual budget they receive from Congress. The public is now appreciating the outdoors as never before and calling on its elected representatives to provide adequate financial support. 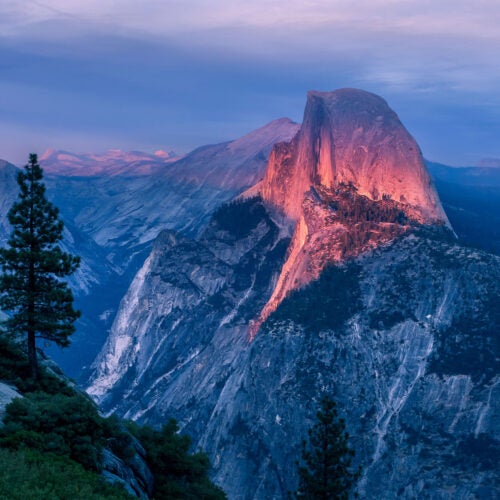 HKS: The Trump administration has been criticized for its efforts to roll back protections for a number of national monuments as well as plans to privatize some services in the national parks. How did the White House come to support one of the largest parks and conservation bills to pass through Congress in years?

BILMES:  It is ironic that President Donald Trump will get to have his signature on a historic milestone that has eluded conservationists for decades. The Trump administration has undermined public land protection more than any in my lifetime. It slashed Bear Ears National Monument in Utah by 85 percent, reduced Grand Staircase Escalante by 50 percent, removed protection for millions of acres of sage-grouse habitat in Western states, opened the Arctic National Wildlife Refuge and most of the U.S. coastline to oil and gas drilling, reduced protections for wetlands, and weakened the Endangered Species Act. Earlier this year, Trump proposed cutting discretionary spending on the Land and Water Conservation Fund by 97 percent.  As recently as last month, the president held a huge event at Mount Rushmore, refusing to honor the park superintendent’s request to cancel it due to high fire risk at the adjacent forest — a ban has been in place for a decade.

But 2020 is a crazy year. In yet another reversal, Trump will sign the Great American Outdoors Act in a big White House ceremony.