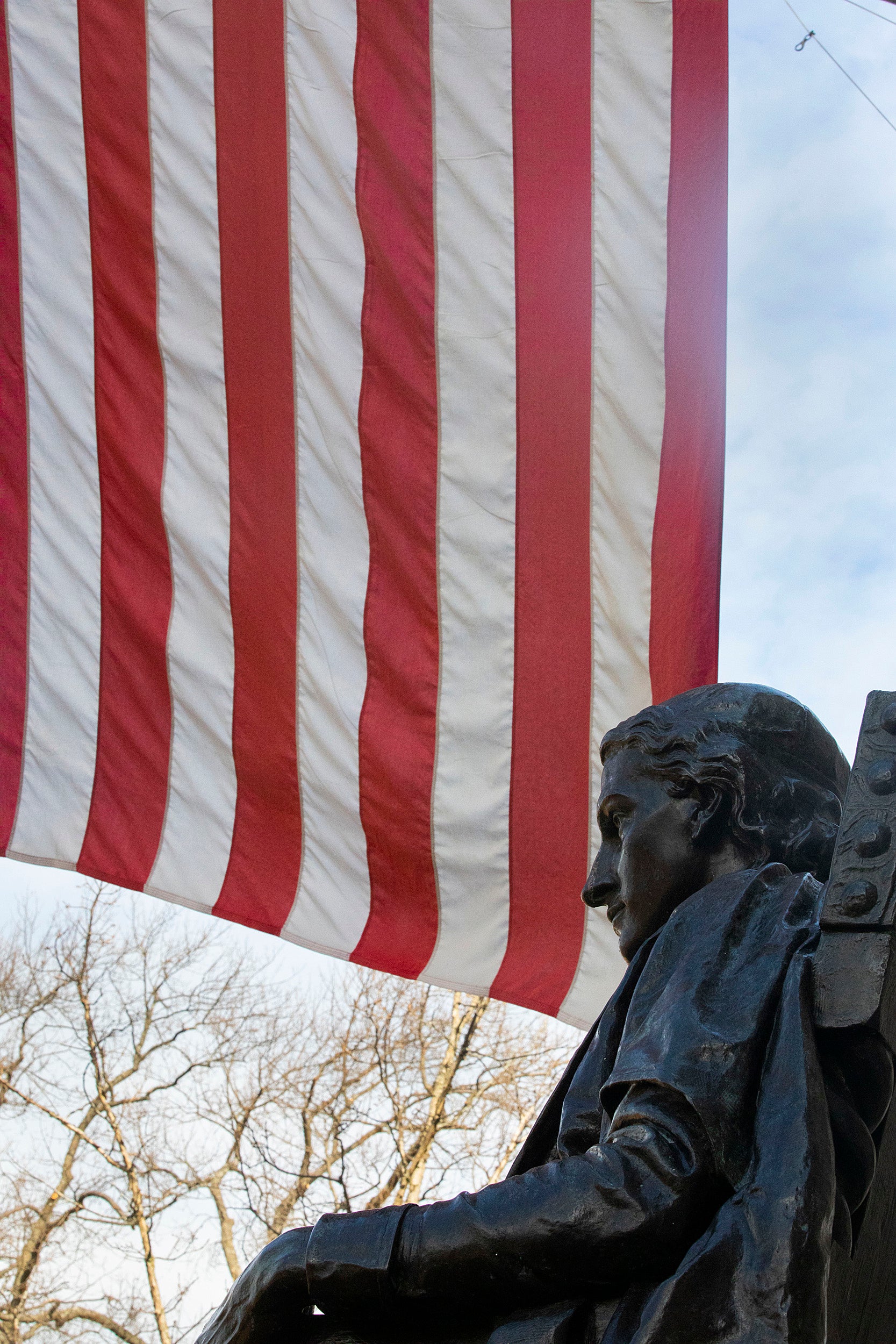 State election officials are bracing for two trains on a possible collision course this fall: potential record turnout for the Nov. 3 general election, and an expected surge of the highly contagious and sometimes deadly COVID-19.

Besides health concerns over so many voters clustered together in line, election officials also fear that poll workers, who are often older than 60 and thus at higher risk for COVID complications, will be hard to find this fall. Just such staffing shortages prompted some states to significantly reduce the number of polling locations during the recent primaries, contributing to hours-long waiting times in predominantly African American precincts in Georgia, Kentucky, and Wisconsin. In response, most states are considering more socially distanced methods, with voting by mail or curbside voting among the most popular.

And those are just some of the logistical problems. Like mask-wearing, adapting election preparations to the COVID-19 era has quickly taken on an ideological cast in some parts of the country, as Democrats and Republicans fight over which voter requirements and restrictions should be lifted in light of the pandemic and which should remain in place, all of which has many fearful that Election Day could be shaping up to be a disaster.

“I am very, very, very worried about November,” said E.J. Dionne ’73, visiting professor in religion and political culture at Harvard Divinity School and a veteran political journalist. “I don’t think we’re doing enough to get ready for Election Day.”

And at this point, there’s not much time or available money for cash-strapped state governments to get it done, said Miles Rapoport, former secretary of state in Connecticut and now senior practice fellow in American democracy at Harvard Kennedy School (HKS).

One of the biggest hurdles for election organizers and voters is handling a total overhaul of our typical practices. In 2018, just 23.1 percent of those casting votes mailed their ballots, while 59.6 percent voted in person, according to U.S. Census data. With a possible huge shift to mail-in voting, states would have to adjust systems and processes for storing, printing, and distributing ballots and staffing levels to receive, sort, and count incoming ballots, which may arrive any time right up through Election Day. In addition, the public will need to be instructed how to complete the ballots and reminded of deadlines to mail them back. Declaring the winners in state and national races may be delayed by days or even weeks, depending on the deadlines states set, if a majority of voters opt to vote by mail.

While every state permits citizens who will be away or otherwise absent on Election Day to vote by mail, known as absentee voting, many require such voters to have a reason that meets strict criteria, such as illness or work conflicts, before they can receive a ballot. Far fewer permit voters to do so by right, like Colorado where everyone votes by mail, or as a matter of preference.

This spring, at the height of the COVID-19 lockdown, 11 of 16 states, including Massachusetts, that usually allow absentee voting only with an approved excuse, temporarily lifted that requirement for the primaries. Though Massachusetts will now offer that option for the general election in November, many of those states still have not yet announced whether they’ll do so this fall. Connecticut, New Jersey, and California, among others, will send ballots directly to all registered voters, while other states, including New York, Illinois, and Michigan, will allow anyone to vote by mail, but will require they first request a ballot, an extra step that may discourage some, say proponents of mail-in voting.

About $400 million was set aside for election upgrades in the first congressional bailout package approved this spring. It’s a good start, Rapoport said, but to get states ready and operating on a more level playing field, an estimated $4 billion is needed to pay for things such as updated voting lists, new machines to scan mail-in ballots, postage, and development of new, more robust procedures to handle the expected influx of mail-in ballots. So far, that hasn’t happened.

Rapoport and Dionne have been thinking about these issues for a while as part of a working group convened by the Ash Center for Democratic Governance and Innovation at HKS and the Brookings Institution that has been looking at how the country could improve civic participation by revising how voting and elections are conducted. In a new report, the group proposes requiring all adults to vote, framing it as a civic responsibility similar to jury duty, and allowing any voter to cast a ballot by mail.

Though the federal government can provide money and offer assistance, states control every aspect of voting except the date of Election Day, such as how elections are run, how and when voter registration takes place, the methods used to cast votes, what ballots look like, and how close races are handled.

That local control comes with a price.

“The core problem with the U.S. is you don’t have a single expert federal authority that runs elections that could have lots of resources, lots of expertise. You have 50 political secretaries of state; you have thousands of counties, all of which administer their own elections, and so, you’re never going to have uniform improvement or uniform competence when you have such a decentralized electoral system,” said Professor Nicholas Stephanopoulos, an election law expert at Harvard Law School.

Despite this era of political polarization, there are some bipartisan efforts at both the state and congressional level to ensure every registered voter can safely participate in November, Rapoport notes. But legal challenges by Republicans to block or limit the use of mail-in ballots suggests that politics will drive some states’ decisions about how to adapt voting to the pandemic.

“There certainly is, among some Republican strategists, the idea that if fewer people vote, that is a political benefit to [them], and if COVID-19 provides a reason for refusing to make adjustments that they know would advance turnout, that’s really problematic for our democracy,” said Rapoport.

Many Republican-led state legislatures and governors oppose expanding mail-in voting, and where Democratic governors and state legislatures have pushed ahead with it, a number of Republican groups and party affiliates have filed suit to block those efforts. Democrats in Texas are in federal court seeking to expand that state’s narrow criteria for voting by mail to include anyone who fears risks of COVID-19.

“The core problem with the U.S. is you don’t have a single expert federal authority that runs elections that could have lots of resources, lots of expertise.”
— Nicholas Stephanopoulos, Harvard Law School

The case Stephanopoulos said he’s most closely watching is one filed by the Republican National Committee and several affiliated organizations that seeks to bar the state of California from sending ballots to every eligible voter. State officials, including Gov. Gavin Newsom, a Democrat, say they want to avoid forcing citizens to choose between exercising their right to vote and risking their health. But Republicans, including President Trump and Attorney General William Barr, claim without evidence that mail-in voting invites fraud and makes it easier for foreign actors to interfere in elections. In June, the president said the “biggest risk” to his reelection is losing these legal fights to stop the expansion of mail-in voting.

“We have many lawsuits going all over. And if we don’t win those lawsuits, I think — I think it puts the election at risk,” Trump told Politico.

Given the decisions in prior cases where one party sought to limit voting, Stephanopoulos anticipates the courts will not side with the Republican plaintiffs. But a decision in their favor could have game-changing implications for the general election, with “all sorts of spillover effects into other states,” he said.

Wherever possible, the courts have been reticent to intervene in election disputes or establish new precedents that might affect voting or create new burdens, particularly in the weeks and months before an election, unless the harm of not doing so was clear and far-reaching, said Stephanopoulos. 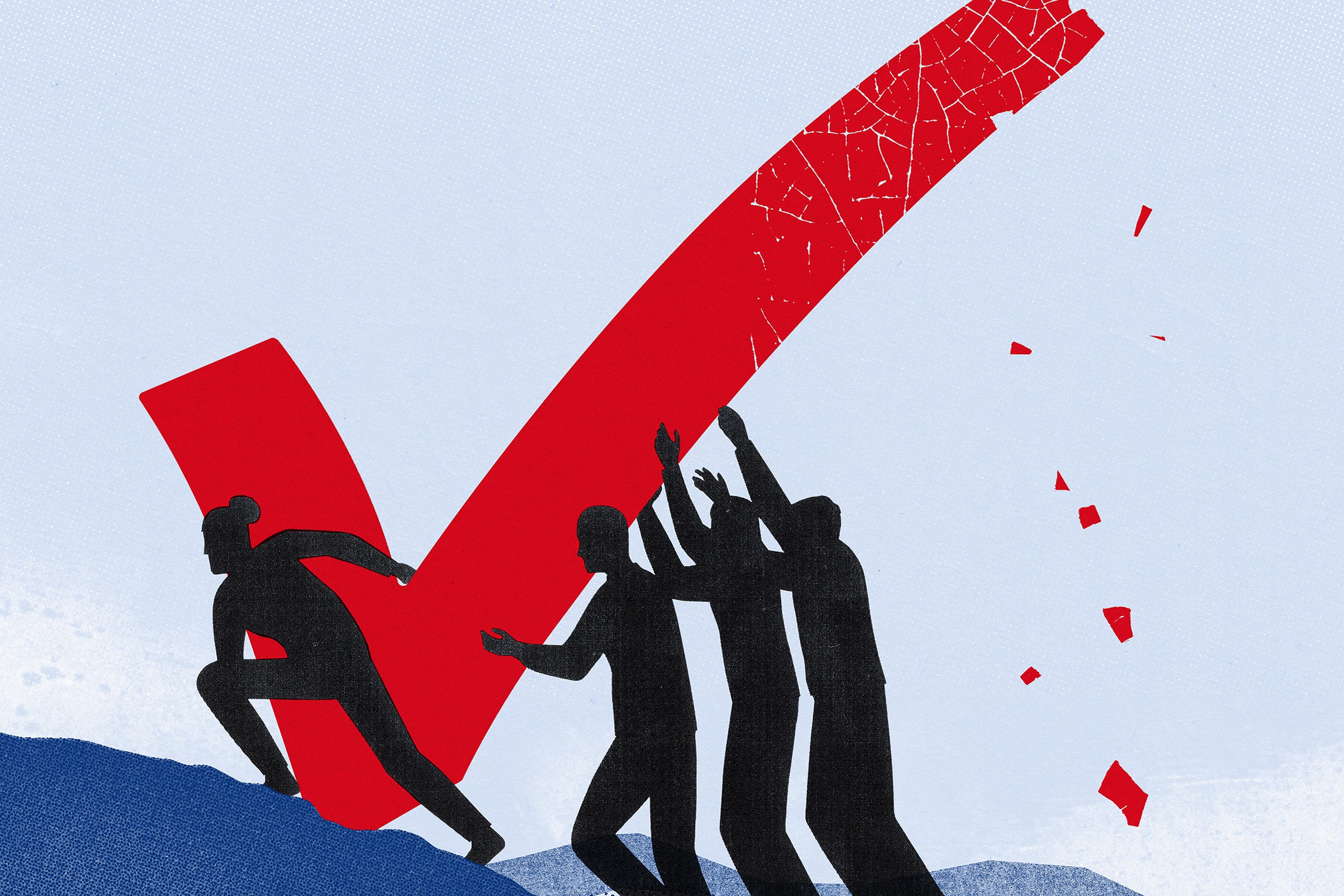 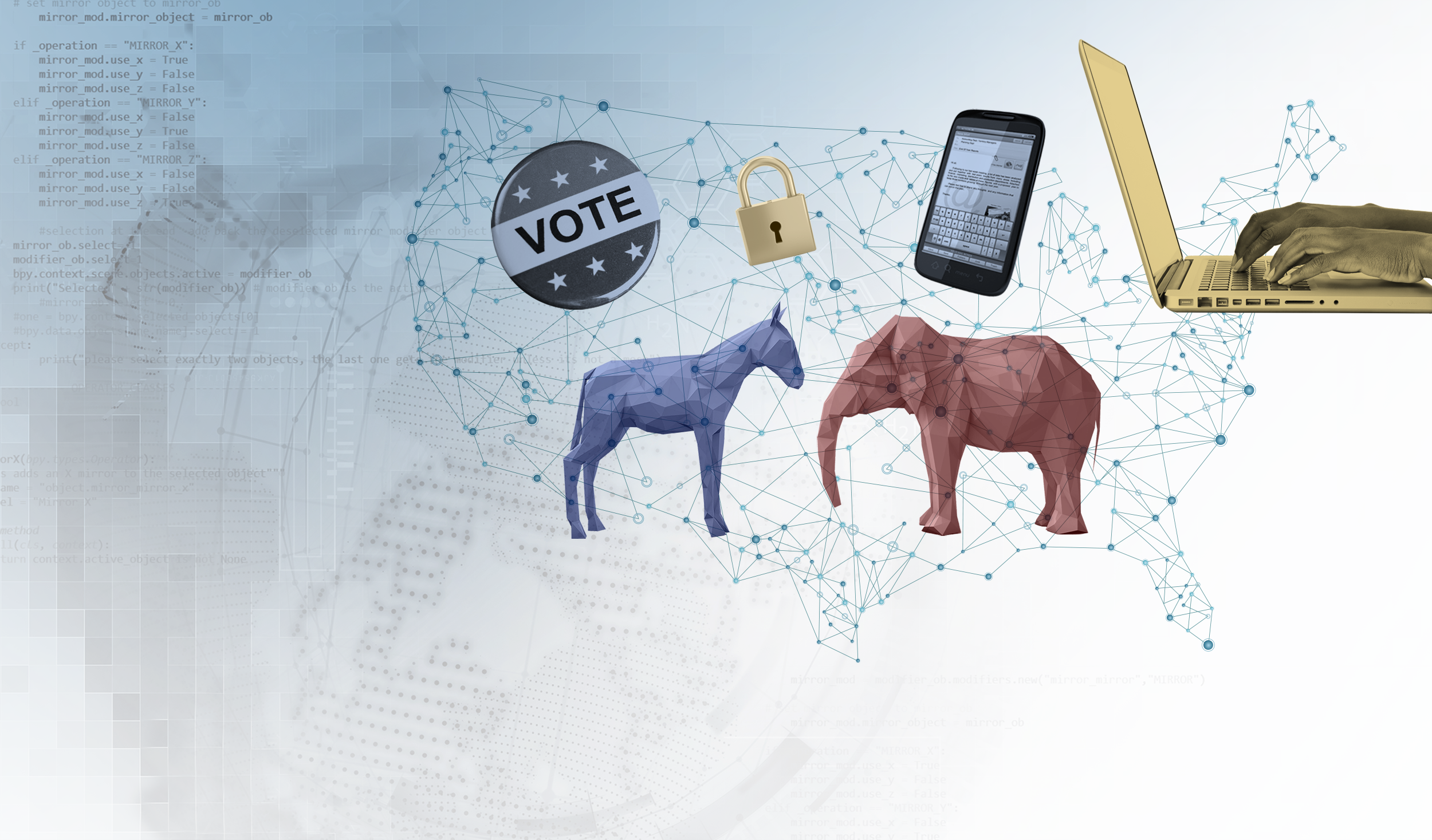 But the Supreme Court under Chief Justice John Roberts ’76, J.D. ’79, appears to be very interested in the way elections are run, which could open the door to potentially important judicial review in the coming months, he said.

“I think as soon as you see lower courts mandating mail-in voting or mandating that there are more polling places … [this] Supreme Court might insert itself into those cases,” said Stephanopoulos.

Critics point to the Court’s 2013 decision to lift voter protections that had been established in the Voting Rights Act of 1965 to guard against disenfranchisement efforts against African Americans in nine states, mostly in the South, as facilitating voter suppression. Split along ideological lines, the 5-4 decision opened the door to a rash of new measures put in place in Republican-controlled states that made it harder for African Americans and others who typically vote for Democrats, like college students, to cast ballots, many Democrats and others argue.

Shuttering polling places in populous cities, forbidding college students to vote where they attend school, disenrolling voters if they have not voted in two consecutive elections, instituting signature “matching” requirements, and accepting only state-issued IDs or concealed-carry gun permits in order to vote — but not college IDs from state universities — are among some of the efforts critics say are designed to suppress Democratic voters. Republicans say they protect from voter fraud.

“I think Roberts and the majority of the court are very disinclined to rule in favor of voting-rights plaintiffs,” said Stephanopoulos. “It’s really hard to come up with a neutral, good-faith defense of what the Roberts court is doing in this area, and it’s not just in these recent cases. It goes back 15 years. You can look at the Roberts court’s record on photo IDs, on the Voting Rights Act, on partisan gerrymandering, on money in politics. On every single issue that implicates elections, they’re relentlessly doing what ends up benefiting their ideological side.”

Whether the Supreme Court will factor into the 2020 election isn’t clear right now. With the 2016 election decided by fewer than 80,000 votes in Michigan, Wisconsin, and Pennsylvania, and a litigious Trump musing about not accepting the 2020 results should he lose, Stephanopoulos said the possibility that another presidency could be decided by the Supreme Court, while not likely, is not impossible.

“The hope of election law administrators and scholars is that we don’t have a nail-biter of an election; we have an election where one side or the other clearly wins,” he said. “There’s a phrase: ‘We want an election result that’s outside the margin of litigation.’”