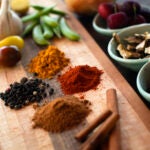 Home for dinner (and breakfast and lunch)

Sophomore Amit Paley was researching a story for the Harvard Crimson in 2002 when an unrelated note in the University Archives database caught his eye. The entry was titled “Secret Court Files, 1920,” and it described a mysterious committee that had persecuted Harvard students for homosexual activity.

“It was so strange and so different from any other entry that I had seen in my time looking at the archives that I thought it would make an incredibly important story,” said Paley ’04, now CEO of The Trevor Project, a nonprofit that provides suicide prevention services to young members of the LBGTQ community.

Paley had stumbled onto the existence of a hidden tribunal consisting of five Harvard administrators, overseen by University President Abbott Lawrence Lowell. Paley detailed his find in a virtual talk late last month as part of “Secret Court 100: Harvard’s Queer Century,” a series of events created to “commemorate and mark and interrogate one of Harvard’s more difficult moments in history,” said Tim McCarthy, a lecturer in public policy and core faculty at the Carr Center for Human Rights Policy at Harvard Kennedy School. McCarthy led the discussion with Paley and four Harvard scholars.

Paley said that over the course of several weeks in May and June of 1920, the ad hoc “court” investigated approximately 30 students. Based on its findings, eight were expelled; a recent graduate was banned from campus; and an assistant professor was required to step down.

Discovering this star chamber was newsworthy, but reporting its whole story took some detective work. Paley felt the histories of the accused men were key to the narrative, but University officials had redacted names from the records, he said, concerned that family members might prefer the information remain confidential. For months Paley and his Crimson colleagues pored over other records, gradually uncovering the men’s names and their stories. “It’s an attack on their dignity; it’s an attack on their memory, their lives, to not have the truth of who they were be told,” Paley said.

The “Secret Court” series is in keeping with Harvard’s effort in recent years to come to terms with the more troubling aspects of its past. During her presidency Drew Faust supported efforts to examine the University’s ties to slavery. President Larry Bacow recently announced a new University-wide initiative to explore further Harvard’s ties to slavery and named Radcliffe Dean Tomiko Brown-Nagin to lead the committee that will oversee the project. In 2002, when the Crimson story about the court first broke, then-president Lawrence Summers issued a statement to the student-run paper calling the episode “abhorrent and an affront to the values of our university.”

“We are a better and more just community today because those attitudes have changed as much as they have,” Summers said.

One member of the event panel, Evelynn Hammonds, who became a Harvard professor in 2002 and was College dean from 2008 to 2013, said she wasn’t surprised to learn about the court.

“My response to the story was it was a dark moment, and it needed to be revealed in the light. As a historian, our history is our history, not to be run away from. It is to be understood; it is to be made public,” said Hammonds, Barbara Gutmann Rosenkrantz Professor of the History of Science and professor of African and African American studies, who spearheaded the creation of Harvard College’s Office of LBGTQ student life during her time as dean.

Another speaker, Diana Eck, Fredric Wertham Professor of Law and Psychiatry in Society, visited the archives to see the court’s records herself. She was moved by the letters from mothers who pleaded with Harvard administrators to give their sons “another, more sympathetic look,” she said, and shocked by the scope of the court’s sanctions.

“My response to the story was it was a dark moment, and it needed to be revealed in the light.”
— Evelynn Hammonds

“That really startled me as I began learning more about it,” said Eck, “the extent to which the University had not only gone to punish these boys by expelling them, but by including in their transcript something that alleged this nefarious behavior and that basically said to any would-be employer or subsequent college that they would not recommend them under any circumstances. That’s just shameful.”

Eck said she and her wife, Dorothy Austin, made it their mission to discuss the court during their time as faculty deans in the House that bears Lowell’s name. “It really became part of the lore of the House that we were willing to talk about, given the fact that our appointment as faculty deans would have been absolutely resisted by Abbott Lawrence Lowell.”

Michael Bronski, professor of the practice in media and activism in studies of women, gender, and sexuality, said during the event that while things have improved dramatically for the LBGTQ community since 1920, much work remains. “We have gotten so, so much better on this, but it still happens. I still have students who are afraid to come to me because of their roommates; students who are trans … who are profoundly disrespected by other students.”

Giving voice to those whose stories too often go untold requires “looking deeper and looking more broadly,” said Bronksi. “It’s all a very delicate process,” he added, “in which you need to just need to keep on thinking deeper.” 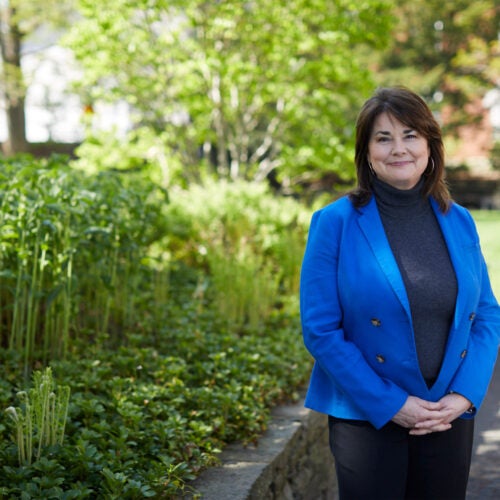 For Shanna Peeples, the GSE meant unexpectedly new relationships to words, work, and her own identity 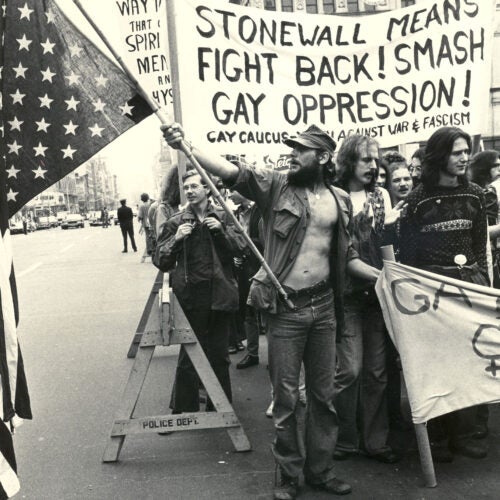