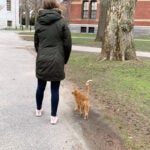 How the information technology staff moved classes and operations online on a tight, coronavirus-threatened deadline

During the last week of February, as it was becoming clear that a novel coronavirus was spreading quickly around the world, University officials started preparing a contingency plan for the remainder of the semester that involved evacuation and turning Harvard into a virtual campus, one that could run without students, faculty, and staff on University grounds.

The whole scenario was unprecedented. There was no playbook for how to move approximately 5,000 classes online and keep the University’s operations running remotely without interruption. Anne Margulies, University chief information officer and head of the Harvard University Information Technology (HUIT), would be facing one of most complex, difficult challenges of her career.

After the University’s decision on March 10 to send students home for the remainder of the semester and later to close down the rest of campus, HUIT staff worked feverishly to execute the plan’s key steps. It was no small feat.

“We were planning with a lot of things changing rapidly and without knowing exactly what our target was,” said Margulies of the first few days in the process. “Rapid planning amid so much uncertainty was one of the hardest things I had to do.”

As difficult as it was, that the University had experience with online learning helped. The Extension School had been offering online courses since 1997, and the free online learning initiative HarvardX launched the first of its Massive Open Online Courses (MOOCs) in 2012. In addition, recent IT investments within the University, from improving information security to moving some systems to the cloud to implementing the learning management system Canvas at every School, played a major role in the shift.

Still, the task was daunting. Harvard has more than 36,000 undergrads, graduate students, and fellows, along with 18,000 employees, including faculty and staff.

“The first week that Harvard went online went as smoothly as we could have hoped for. We felt genuinely relieved.”
— Anne Margulies

HUIT’s strategy consisted of three steps: increase the University’s IT infrastructure; prepare training resources; and set up contingency plans — and all of it had to be executed within two weeks. To ensure that the business of the University would proceed seamlessly, HUIT staff quadrupled the virtual private network (VPN), rolled out the instant-messaging platform Slack to give faculty, staff, and students an additional way to communicate with each other in real time, and secured with vendors the continuity of services. To sustain thousands of classes and meetings, the University scaled up its capacity on the online-meeting service Zoom, as well its service desk systems. To help the community make the online shift, HUIT trained 600 people in Zoom, and, with the Office of the Vice Provost for Advances in Learning, created online training resources for students, faculty, and staff and posted them on the site Teach Remotely. The Extension School also helped produce training material.

Bharat Anand, vice provost for advances in learning, said the work has been a collective effort: Each School set up its own command-and-control center, but they leaned on each other for ideas and shared best practices on technology and pedagogical resources.

“It’s been Harvard — indeed, One Harvard — at its best, not just in terms of communication and coordination, but also in the level of skill, resourcefulness, and generosity,” said Anand, who is also the Henry R. Byers Professor of Business Administration at Harvard Business School.

“Faculty are leaning into the technology rather than simply living with it. The learning curve around Zoom has been steep. Student attendance rates and engagement are high, and perhaps most interesting, faculty members are discovering and sharing new pedagogical approaches that leverage technology.”

A key aspect of the process was to integrate Zoom into Canvas to ensure that all classes could move online, said Margulies. Students and professors were already using Canvas to post things like calendars, grade books, assignments, and course materials, and to even host chats and discussions. March 23, the first day of online learning, was called Super Bowl Day, and HUIT staff were at the ready to offer real-time support, but they were unsure of what might happen.

“Harvard wasn’t the only school that was going fully online.” said Margulies. “There were many major employers and universities making the same shift at the same time Harvard was. People were understandably concerned that the whole internet was going to break up or that the Zoom platform couldn’t possibly support the load. There were big unknowns.”

On the first day, calls to HUIT’s help desk numbered 1,200, only about 20 percent more than a typical day. HUIT officials had been ready to deal with a 400 percent increase. By Wednesday, calls were down to normal, and that day, the University held a record number of 8,000 meetings/classes via Zoom, with more than 90,000 participants. During the first week, more than 30,000 meetings and classes were held online without much trouble, said Margulies.

“The first week that Harvard went online went as smoothly as we could have hoped for,” she said. “We felt genuinely relieved.”

Over the two first weeks of remote learning, there were more than 73,000 Zoom-based classes and meetings with a cumulative number of participants that surpassed 630,000. The biggest problem has been one that’s out of HUIT’s control: local network limitations that affect 7 to 10 percent of students who live in low-bandwidth areas. HUIT has offered tips on how to test and increase network strength.

To prevent “Zoombombing,” in which unwanted intruders disrupt a meeting by sharing inappropriate content, HUIT has activated enhanced security features on all Harvard Zoom accounts. All meetings have password protection, and only meeting hosts control screen-sharing permissions. So far, only two cases of unauthorized access have taken place. HUIT assistant director for communications Tim Bailey is reminding community members to avoid sharing or posting meeting invitations in publicly accessible locations. 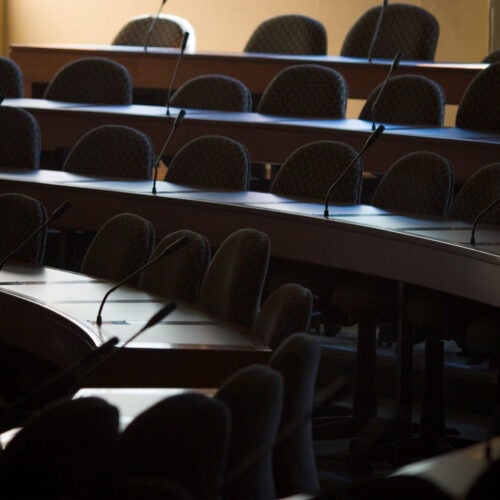 Though they vary in their missions, they report few serious problems and some pleasant surprises in the move to online learning 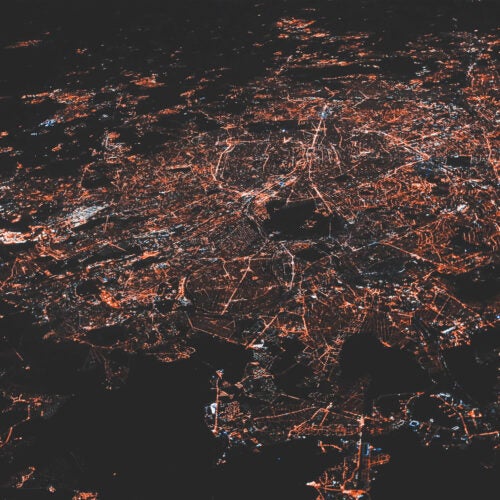 Overall there have been more highlights than stumbles, said Margulies. Her office has received positive feedback from students, who said they enjoy being able to see fellow classmates’ faces rather than the backs of their heads, and getting a glimpse into their classmates’ lives. Faculty also report students’ high engagement and participation and reaching a level of intimacy uncommon in large lecture classes.