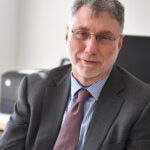 Rubén Blades, LL.M. ’85, the musician at the forefront of the ’70s salsa movement in New York who has also left deep marks in acting and politics, will be honored with the 2020 Harvard Arts Medal at a spring ceremony that kicks off the Arts First festival.

“Rubén Blades has infused the many aspects of his remarkable career with deep humanity and passionate intensity,” said President Larry Bacow, who will present the medal at Sanders Theatre on April 30. “He is a phenomenal musician, a talented actor, and a devoted public servant, and we look forward to welcoming him back to campus and to celebrating his manifold achievements in the arts.”

“The arc of Rubén Blades’ dynamic career is truly amazing,” said Jack Megan, director of the Office for the Arts at Harvard. “He is an extraordinary musical artist — one of the most influential salsa musicians of the late 20th and early 21st centuries, as well as an inspirational actor and political activist. … His generosity, musicianship, and activism are models of creativity and commitment for our students and for all of us.”

Blades’ landmark albums in classic Afro-Cuban salsa are spiced with rock, jazz, pan-Latin, and international influences. He has collaborated with rock, jazz, pop, hip-hop, reggaeton, and salsa artists, and has composed hundreds of songs and dozens of hits with eloquent, socially charged lyrics, colorful characters, and memorable melodies. His 2017 “Salsa Big Band” was named the Latin Grammy Album of the Year.

He was the subject of the award-winning 2018 documentary “Yo No Me Llamo Rubén Blades,” directed by Abner Benaim. He has won 17 Grammy and Latin Grammy Awards.

He also has had a recurring role on the TV series “Fear the Walking Dead.” As an actor, Blades is known for his role in “Hands of Stone” opposite Robert De Niro and “Safe House” opposite Denzel Washington and Ryan Reynolds. He has appeared in “The Milagro Beanfield War,” “Once Upon a Time in Mexico,” “Mo’ Better Blues,” “The Devil’s Own,” and “The Two Jakes.”

He is a three-time Emmy nominee for his roles in the TV movies “The Josephine Baker Story,” “Crazy from the Heart,” and “The Maldonado Miracle,” and he has received the Cable ACE, Independent Spirit, and ALMA Awards, as well as the Raúl Juliá HOLA Founders Award and the Hispanic Heritage Foundation’s Arts Award.

In politics, Blades ran for president of his native Panama in 1994 and served as minister of tourism there from 2004‒2009.

Blades holds degrees in political science and law from the University of Panama and an L.L.M. from Harvard Law School, and he was a 2018‒2019 scholar in residence at the New York University Steinhardt School of Culture, Education, and Human Development. The Loeb Music Library at Harvard University formed The Rubén Blades Archives in 2008 to collect his work and papers.

This summer, Blades will join the Chick Corea Spanish Heart Band tour as a vocalist. Other upcoming projects include an album of boleros with the Editus group, a production with his songs adapted to Brazilian music with Boca Livre, and the album “Salsa Big Band Vol. I and II” with Roberto Delgado.

“A true multitalented artist, Rubén Blades has been an inspiration for the young generation of Latinos in the world with his unique vision and message of one America for all without divisions,” said Yosvany Terry, senior lecturer on music and director of Harvard Jazz Ensembles. “I grew up listening to him because he was an alternative in mainstream with his contagious music and engaged lyrics.”

The 5:30 p.m. ceremony, presented by the Office for the Arts and the Harvard Board of Overseers, will include a discussion with Blades moderated by Tony and Emmy Award-winning actor and 2017 Harvard Arts Medal recipient John Lithgow ’67, Ar.D. ’05, and performances by the Harvard Jazz Band led by Terry. The presentation is the official opening of Arts First, Harvard’s annual showcase of student, faculty, and staff creativity in the arts, which will run April 30‒May 3 at venues throughout campus.

Established in 1995, the Harvard Arts Medal honors a distinguished Harvard or Radcliffe graduate or faculty member who has achieved excellence in the arts and contributed through the arts to education or the public good. Among the medal’s previous 26 recipients, eight have been musicians, including composer John Adams ’69, M.A. ’72, singer-songwriter Bonnie Raitt ’72, cellist Yo-Yo Ma ’76, and saxophone player Joshua Redman ’91.

Admission to the medal ceremony is free, but tickets are required; they are available in person at the Harvard Box Office at the Richard A. and Susan F. Smith Campus Center, 1350 Massachusetts Ave., Cambridge, by calling 617-496-2222, or visiting www.boxoffice.harvard.edu (phone and online ticket orders are subject to service fees). Ticket distribution for Harvard affiliates (two per person with valid ID) begins April 15; ticket distribution for the public (two per person) begins April 17. Some remaining tickets may be available at the door one hour before start time. Tickets are valid until 5:15 p.m. on the day of event. 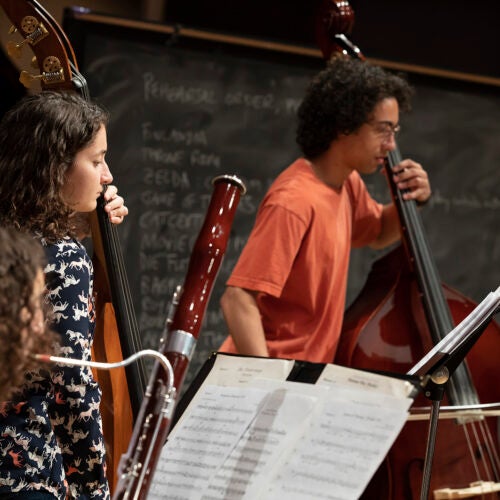 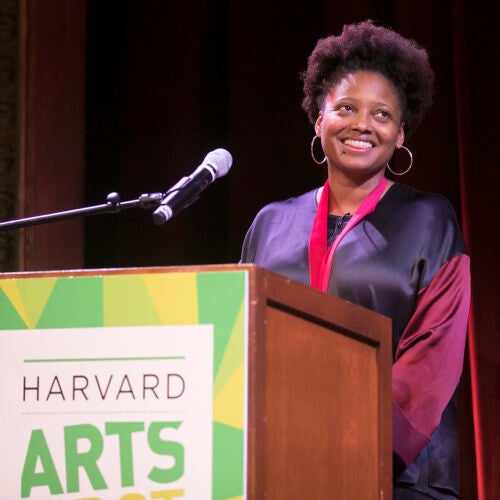 Lamont Library was an incubator for the poet laureate 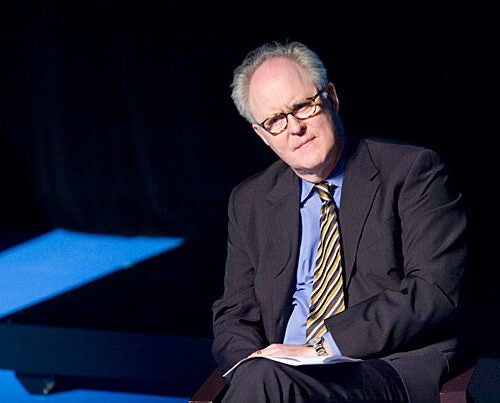