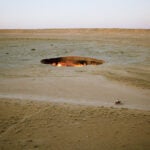 One artist will attempt to dig a hole to the other side of the planet. A group of first-years will perform an entirely student-produced musical about love and work set 35,000 feet in the air. Twenty dance troupes will convene for an outdoor showcase.

These are just three of the concerts, exhibitions, and hands-on activities that comprise the Arts First festival this weekend, celebrating Harvard’s creative spirit both inside and out of the classroom.

As an undergraduate, Sethi, a classically trained singer from Pakistan, relished the opportunity to see artists perform and discuss their crafts on campus. As an alumnus working in the arts, he sees great value in performing at Arts First.

“It’s very heartening to see art being celebrated in your academic environment,” he said. “The quality of life and discourse, the ability to revel in the subtleties of text and the joys of music, to be able to enter into and take part in a centuries-old craft — these are some of the things that make life worth living.”

Sethi will bring classical Sufi poetry to the contemporary stage with “The Covenant of Love: The Poetry, Music, and Spirituality of South Asian Muslim Cultures,” which closes the festival. Sethi, Grammy-winning producer Noah Georgeson, and a group of musicians will perform musical tributes to Sufi Muslim poetry with commentary from Ali Asani ’77, a professor of Indo-Muslim and Islamic Religion and Cultures.

Sethi and Asani will also explore the music and poetry of the ghazal, a form of literature dating to the seventh century, at a Friday event sponsored by the Lakshmi Mittal and Family South Asia Institute. “The Art of the Ghazal” will provide intellectual and cultural context for the art form that, for Sethi, is a channel for building connections between ancient spirituality and contemporary issues of identity and culture.

“The ghazal has been the main vehicle for edgy love poetry through the ages, and poets have used the amorous form of the ghazal to put forth very political ideas,” said Sethi. “They have challenged hierarchies and normative thinking about gender, religion, sexuality, and the division between material pursuits and spiritual pursuits. Many of the issues that we call identity politics today have been discussed in interesting and creative ways through ghazal poetry.”

Like Sethi, other performers at Arts First reimagine classical forms of theater, studio art, and music for contemporary audiences.

The Harvard Pops Orchestra will bring its signature offbeat symphony to Science Center Plaza on Saturday for a triple-header with CityStep and The Harvard Undergraduate Drummers (THUD) to kick off the daylong Performance Fair.

“An assumption about classical music is that it’s stodgy, but that’s not what Pops is,” said orchestra co-president Elida Kocharian ’21. “At a Pops concert, you’ll see people laughing onstage. It’s very different from other classical performances.”

The Pops program includes the “Star Wars” title song, a video-game play-along to “The Legend of Zelda,” a piece based on the 1888 poem “Casey at the Bat” arranged by music director Allen Feinstein ’86, and “CatCerto,” a Mindaugas Piečaitis piano concerto written for a cat accompanied by orchestra.

“The performance is going to be experimental and different, which is the best thing about Pops,” said Ava Hampton ’21, the Pops’ other co-president. “The goal is to have as much fun as possible and to have everyone in that crowd having fun. At Arts First, it’s all about participation and making art accessible.”

The spirit of accessibility at the festival is physical, cultural, and financial. Many events are free and open to the public. The Smith Campus Center will house new public art installations like “Passage of Time,” a sculpture installation by Graduate School of Arts and Sciences student Meng Jiang that evokes a Zen garden.

“The arts at Harvard are abundant and constant throughout the academic year, and Arts First is the culmination of the arts year on campus,” said Jack Megan, director of the Office for the Arts (OFA). “It’s this great crescendo where we all come together and celebrate our community of creativity. There are no barriers to entry. Whatever your background and ability, everyone belongs in the festival. It’s my favorite weekend of the year.”

For a complete listing of events, visit https://ofa.fas.harvard.edu/arts 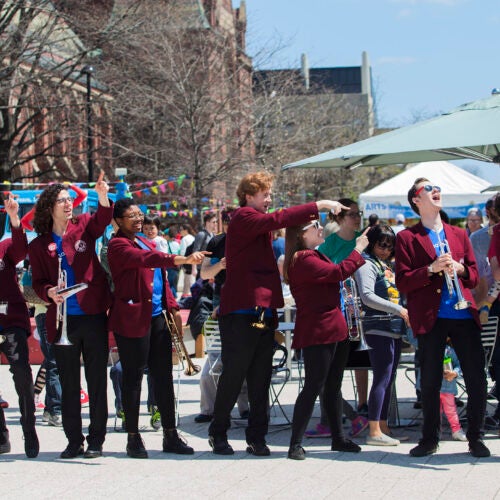 Exuberant Arts First celebrates on both sides of the river 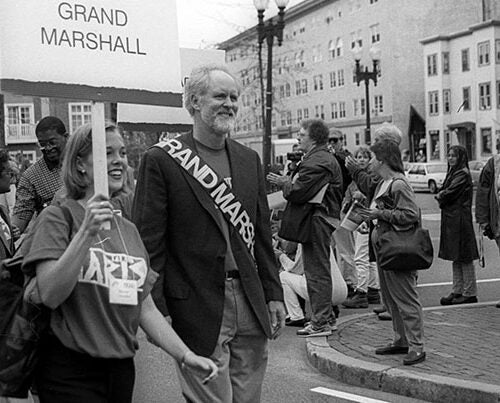