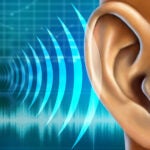 From the long necks of giraffes that help them reach treetops to the flexibility of a cheetah’s spine that helps it go from zero to sixty in three seconds, mammals not only have the figurative backbone to do amazing things, but, more importantly, they have the literal one. But they weren’t always that way.

A new study published in Nature Ecology and Evolution by Harvard researchers and collaborators at the Field Museum of Natural History sheds light on how and when changes in the spine happened in mammal evolution. Associate Professor of Organismic and Evolutionary Biology and curator of vertebrate paleontology Stephanie Pierce and postdoctoral researcher Katrina Jones discovered how a combination of developmental changes and adaptive pressures in the spines of synapsids, the extinct forerunners of mammals, laid the groundwork for the diversity of backbones seen in mammals today.

Using a novel combination of techniques including biomechanical experimentation on the cadavers of two modern animals, a cat and a lizard, and CT scans of synapsid fossils, the researchers were able to reject the traditional notion that the gradual development of different regions (or independent sections) of the spine alone accounted for its evolving complexity. Instead, their evidence suggests that regions (like the thorax and lower back) evolved long before new spinal functions (such as bending and twisting). The study points to the idea that the right selective pressures or animal behaviors combined with these already-existing regions played a significant role in the evolution of their unique functions.

The findings tap into the larger question of how mammals, including humans, evolved over millions of years. Mammals today, for instance, have developed compartmentalized spinal regions that take on a number of diverse shapes and functions without affecting other spinal regions. This has allowed the animals to adapt to different ways of life, said Jones, who was the study’s lead author.

In a previous study the authors showed that extinct premammalian land animals developed these small but distinct regions during evolution. “What we were able to show in 2018 was that even though all the vertebrae looked very similar in early mammal ancestors, they had subtle differences and those subtle differences created distinct developmental regions,” Pierce said. “What we’re showing with this new study is that those distinct regions were really important as they provided the raw material that facilitated functional differentiation to happen. Basically, if you don’t have these distinct developmental regions in place and you have a selective pressure, all the vertebrae are going to adapt in the same way.”

It’s long been thought that developing different spinal regions is one important step in evolving backbones with many functions, but Pierce and Jones show that this isn’t enough. An evolutionary trigger was also required, in this case the evolution of a highly active lifestyle that put new demands on the backbone.

“We’re trying to get at something that’s quite a fundamental evolutionary question which is: How does a relatively simple structure evolve into a complex one that can do lots of different things?” Jones said. “Is that determined by the limitations of development or natural selection related to the behavior of the animal?”

The researchers compared the spines of two animals essentially on opposite ends of the evolutionary and anatomical spectrum: a cat, which has highly developed spinal regions, and a lizard, which has a pretty uniform backbone.

They looked at how each animal’s spinal joints bent in different directions to measure how the form of the vertebrae reflects their function.

They determined that while some spinal regions can function differently from one to the other, others do not. For example, the lizard’s backbone consisted of several distinct regions, but they all acted in the same way.

Researchers, including Kenneth Angielczyk from the Field Museum of Natural History, then turned their focus to finding out when different regions started taking on different functions in the evolution of mammals. They took the cat and lizard data showing that if two joints in the spine looked different, they tended to have different functions. With that, they mapped out how spinal function in those fossils changed through time.

“The earliest ancestors of mammals have a remarkably good fossil record considering that those animals lived between about 320 and 250 million years ago,” Angielczyk said.

“We’re trying to get at something that’s quite a fundamental evolutionary question, which is: How does a relatively simple structure evolve into a complex one that can do lots of different things?”
— Katrina Jones

Researchers found that, despite having the developmental regions capable of performing different functions, the level of functional variation seen in mammals today didn’t start to take hold until late in synapsid evolution.

“We then hypothesized that maybe it was the evolution of some new mammalian behaviors that helped trigger this [in these late synapsids] and provided the natural selection that could exploit the regions that were already there,” Jones said.

Their findings fit with the fact that the group in which this functional diversity occurs — the cynodonts, which existed around 250 million years ago and directly preceded mammals — have a number of mammalian features, including evidence they could breathe like mammals. The researchers believe that these mammal-like features shifted the job of breathing away from the backbone and ribs to the newly evolved diaphragm muscle, releasing the spine from an ancient biomechanical constraint. This enabled the backbone to adapt to interesting new behaviors, such as grooming fur, and take on new functions.

Pierce and Jones don’t yet know what those functions looked like in these extinct animals, but they plan to focus on thatin future research.

“It’s definitely not the end of the story,” Jones said. 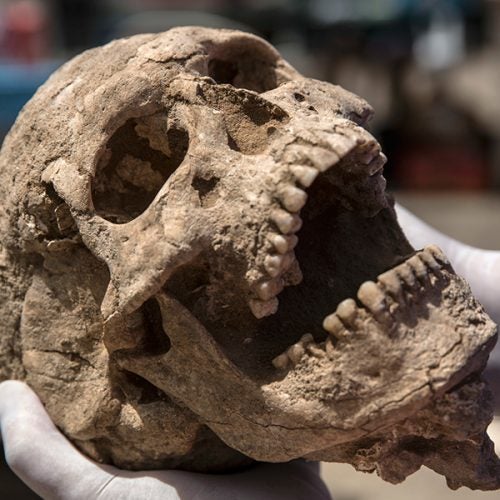 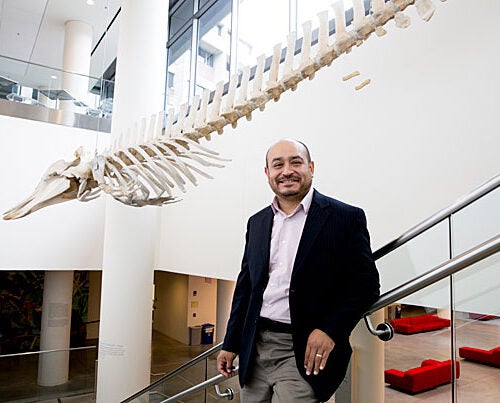 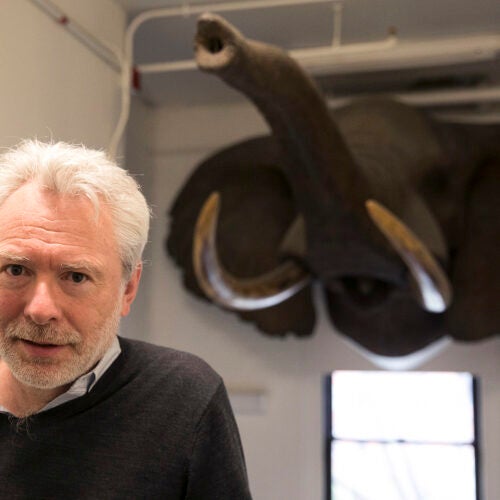