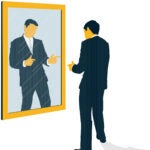 Those feeling bullish about the U.S. economy have lots to justify their optimism. The stock market and job creation are high, and unemployment and interest rates are low. The nation has logged more than a decade of aggregate growth since the 2008 Great Recession, with January marking 127 straight months of expansion, a historic milestone.

But new research from Harvard Business School sees trouble ahead. Unlike in past periods of sustained growth, America has “squandered” the opportunity presented by the recovery to address structural shortcomings in the economy and inequities in the culture ahead of the inevitable cyclical downturn, said Jan W. Rivkin, C. Roland Christensen Professor of Business Administration at HBS.

A survey of HBS alumni found many “quite worried” about the country’s future and its continued ability to compete in the global marketplace. Nearly half (48 percent) expected the trajectory for American firms and workers to decline over the next three years, according to the latest findings from the U.S. Competitiveness Project. Fewer than a third (31 percent) believe things will improve for either firms or workers.

“Most disturbing” is that much like the political divisions within society overall, the partisanship and “deep dysfunction” of our political system are distorting how the world appears to people.
— U.S. Competitiveness Project

Several factors contribute to this pessimism. In past expansions, leaders worked to reduce debt and increase financial stability. They placed a premium on enhancing the business environment through investing in public-good projects — education, infrastructure, and health care — and creating policies to enhance productivity. And they took steps to make the nation more compassionate and just. Today’s leaders, by comparison, “have done nothing” about these issues, according to the report.

Since 2011, the U.S. Competitiveness Project has surveyed HBS alumni every few years to better understand how business leaders see the trendlines of American competitiveness in the global marketplace in an effort to shore up its perceived strengths and weaknesses.

The real underlying problem, the latest report found, is a political one, which will not be resolved simply by electing new leaders. Partisan gridlock has indeed worsened in recent years, but it has been with us over several administrations, hampering the nation’s ability to craft solutions to complex economic and cultural problems at home and abroad.

“Most disturbing” is that much like the political divisions within society overall, the partisanship and “deep dysfunction” of our political system are distorting how the world appears to people. HBS alumni don’t just disagree about where the country is headed anymore, they lack “a shared reality,” the report found.

Perceptions of the nation’s economic strengths and weaknesses closely align not with the sector they work in or where they live or even their age, but with which political party they support, a major shift since the project’s last survey in 2016. Republicans (51 percent) were far more optimistic about the nation’s competitive outlook in the next three years than were Democrats (24 percent).

That disconnect doesn’t bode well for developing consensus around setting priorities or finding solutions for the nation’s problems, he warned.

“We now believe … that our political system is the biggest barrier to competitiveness,” said Michael E. Porter, Bishop William Lawrence University Professor at HBS and the project’s co-founder. “We have a lot of strengths, but we’re neutralizing all of those by this political system that’s not designed right now to move the country forward and serve the public interest — and the business community is playing into that.”

Business spends an estimated $6 billion per year on lobbying, with countless more shelled out on elections and ballot initiatives, contributions to PACs, pass-through trade groups or “dark money” operations, or the “revolving door” hiring of ex-government insiders to help firms maneuver across Capitol Hill.

Corporate America has been bankrolling “the party game the way it’s played today” but seeing little for its investment except stalled legislation, more extreme politicians, and fattened fund-raising coffers.

Good government groups, think tanks, and other nongovernmental organizations have long sought to change our two-party-dominated political system, but without much success. Since the spigot of cash from business sustains the swampy system, the report’s authors believe business needs to step into the breach.

“The discussion on politics in America has not made business a central actor in either the problem or the solution,” said Porter. “We believe it’s a pretty important actor. [It] makes the problem worse, but it could be a big actor in the solution.”

The slow dance between business and politics is not new, but many surveyed “seem not to be fully aware” of the extent to which the companies they worked for were involved in politics, the report found.

Only 25 percent of respondents thought their firms engaged in lobbying. Few believed their companies tried to influence elections and just 12 percent believed their firm contributed to political action committees.

While most said they thought mixing politics and business as a whole did not help the country over the long haul, few believed that whatever their firm was up to politically undermined democracy or harmed society’s trust in business.

Porter said he was “not shocked” most respondents weren’t well-informed about their own company’s political activities. Few firms volunteer the information even to their directors and shareholders, much less employees. And what “toothless” legislation does exist to compel such admissions is “highly imperfect.”

“There’s massive, complex gaming going on, so that’s an area where I think the tide is turning,” Porter said. Companies are just starting to realize that “doing what the parties want them to do, lobbying for them, electing the crazy people … that’s not actually good for us. And we’re not making progress, our business environment is not improving, we’re not getting the kind of support from our government to drive the economy we really need.”

Despite political differences, one area of common ground is the view that American politics has become corrosive and our political system is broken, which has led to widespread frustration and deep distrust in politics, government, and for some, in capitalism itself.

Two-thirds (67 percent) of HBS alumni said the primary cause of the dysfunction was a failure to elect “the right people,” while nearly three-quarters (74 percent) pointed to factors like the rules for elections, campaign finance, and governing as the main culprits.

Though it’s tempting to think that a “throw the bums out” approach would unclog our gridlocked political system, partisanship will remain central as long as the electoral system is controlled by the two major parties, according to the report.

“The system is what elects the people,” said Porter. “We have to change the structure of our elections in order for the people to be different. Right now, the people are just an outcome of the way the system is designed.”

While the vast majority favor changing the political system, the most popular ideas among alumni, campaign finance (76 percent) and gerrymandering reforms (84 percent), would do little to dismantle the party-controlled system, the report said.

Rather, two less-familiar reforms, nonpartisan primaries and ranked-choice voting, would be the most effective solutions, reducing the current advantage partisan candidates have over moderates.

In nonpartisan primaries, candidates run in a single race with the top five vote-getters —regardless of party — advancing to the general election. Then, instead of selecting a single candidate, voters rank their choices in order of preference. If a candidate gets more than 50 percent of the No. 1 rankings, he or she wins. If not, the last-place candidate is cut, and his or her supporters get their second choice counted instead. That continues until someone emerges with a majority. Because it’s possible to win without being everyone’s first choice, the format encourages candidates to appeal to a broad coalition.

“That would change everything,” said Porter. 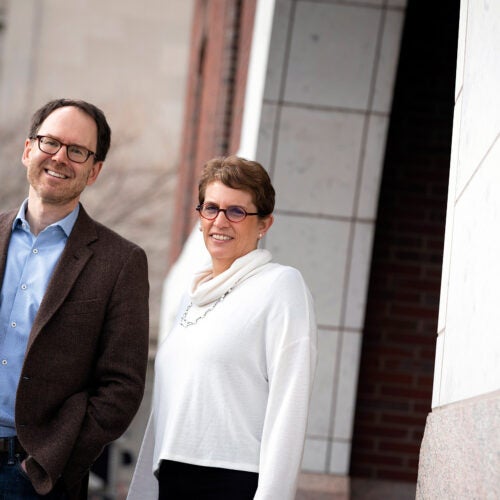 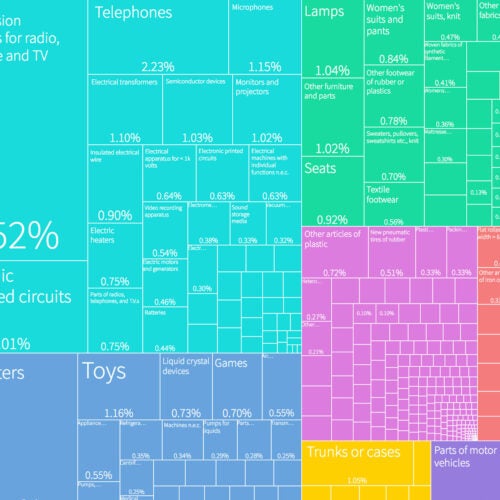 Ranked-choice voting, used by the state of Maine, is already under consideration in a number of states, including Massachusetts, which will put the question before voters in November. Getting state legislators across the country to give up rules they know and have benefitted from, however, will be “complicated,” Porter admitted.

“The parties have bitterly fought any of these reforms. They want to keep those rules [because they’re] designed to preserve the parties” and “not allow any competition,” he said.

But with their enormous clout, especially at the state level, business leaders may be the most effective catalysts for change.

“Every CEO of any major company who wants to talk to the governor of their state, they get an appointment right away,” said Porter. So if they use their voices in a concerted way, “business can be a true game-changer in the whole effort to reform the system.”

Since late December, the authors have been sharing their findings with corporate leaders and talking about why business needs to step in and lead the way forward. With a movement in the business community to embrace greater social responsibility well underway and an “overwhelmingly” positive reception from alumni and others so far, Porter said business may finally be receptive to their message.

“People in business are starting to understand that we just can’t punt and leave it to government because government isn’t doing it and NGOs don’t have the resources to deal with it … we need to take this on,” said Porter. “That’s a very, very strong shift in business thinking from even five years ago, eight years ago.”

Though reforming the political system won’t be easy and the country has not made hay while the sun shone, the authors say the U.S. remains a global leader in higher education, entrepreneurship and innovation, research and development, capital markets, and firm management. There’s still time to get things right.

“I would hate for [people] to take the title ‘The Recovery Squandered’ as an indication all is lost,” said Rivkin. “I think it means that we’ve missed an opportunity. America’s got great strengths; it’s by no means our last opportunity. I think we should use [this information] as a reminder that it’s time to get moving.”