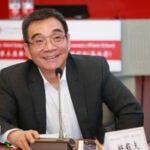 Sharon Block, executive director of the Labor and Worklife Program, and Benjamin Sachs, the Kestnbaum Professor of Labor and Industry at Harvard Law School (HLS) are calling for an overhaul of American labor law. The Gazette sat down with Block and Sachs to talk about their report “Clean Slate for Worker Power: Building a Just Democracy and Economy,” which was released today.

GAZETTE: Your report calls for a reimagining of American labor law. What’s wrong with what we currently have and why do we need a clean-slate approach?

BLOCK: The simplest way to describe it is that American labor law doesn’t give workers sufficient tools to build the kind of power that can countervail the concentration of corporate power in both our economy and democracy.

SACHS: The system we have is so fundamentally broken that tweaking it or amending it is no longer a sufficient response. We need a different approach to building a legal regime that allows workers to countervail corporate power.

GAZETTE: What is the role organized labor plays in a democracy? And if it’s so important, why is it that only 10 percent of Americans belong to a union?

SACHS: We’re living through a crisis of political inequality. The best evidence we have today suggests that the government responds to the preferences of the wealthy but not to the views of the poor and middle-class. Unions, when they’re active and strong, fix that problem; they give poor and middle-class people, that is to say the vast majority of Americans, a political voice. And that is the role of organized labor in a democracy.

Unions are a form of political organization for people who don’t have wealth. The wealthy, through their ability to spend, exert enormous influence on politics. Poor and middle-class Americans don’t have the opportunity to use wealth in that way. But what they do have is the ability to organize.

The relevant statistic in my mind is not how many American workers belong to a union today, but how many American workers would want to be in a union today. That number is vastly greater than the number who are in a union. And that has to do with our broken labor law system; it doesn’t equip workers with the opportunities to join a union and [it] enables employers who want to fight unions to do so with impunity.

“The system we have is so fundamentally broken that tweaking it or amending it is no longer a sufficient response.”
— Benjamin Sachs

BLOCK: There’s one other statistic that to me really brings to the fore how broken our labor law is. If you look at private sector workers, there’s actually a lower rate of workers who are represented by unions now than there were before they had a federally protected right to be in a union. That’s how the law is really not working, especially when you compare it to how many workers want to be in a union. The law is failing to provide tools to workers to be able to build and use their collective power.

GAZETTE: How might some recent shifts in the labor market — more workers working as independent contractors, for example — hamper the kind of change you envision?

BLOCK: First, we need to tackle the problem of people who are improperly being treated by their employers as independent contractors because that classification allows employers to deny workers the basic rights they are entitled to, including the right to organize. One way to do that is to make the law clearer about who is an employee. But we also need to tackle the problem of workers who under the law today truly maybe independent contractors, but who don’t have the kind of power that can enable them to have some agency in their economic lives.

GAZETTE: One of your most ambitious recommendations is sectoral collective bargaining, which is common in Europe. Bernie Sanders and Elizabeth Warren have been talking about it. What does it involve? What are the challenges for its implementation?

SACHS: When we talk about sectoral bargaining, we’re referring to a system of collective bargaining that occurs between an entire sector, let’s say the fast-food industry, and all the workers in the sector. If you work in the sector, whether as an employee, quasi-employee, or independent contractor, you’re covered by the sectoral agreement. Sectoral bargaining makes those classifications much less relevant and increases the scope of coverage. The other advantage to sectoral bargaining is that it essentially takes wages out of competition. In the system we have now, where unions are organized at the level of the firms, every time a firm unionizes, that firm can perceive itself as being at a competitive disadvantage with all the other firms in the market, which feeds anti-unionism among management. If you do collective bargaining at the level of the sector, there’s no disadvantage to any firm, and that’s much less reason to fight unionization. That’s why I think we see much less vicious anti-unionism in other countries with sectoral bargaining.

BLOCK: A first step is just to increase education about what sectoral bargaining is. A lot of people throw the word around, but they don’t really understand it. If there’s a greater understanding about how it takes wages out of competition, there’s an argument to be made that companies that believe in their productivity, the quality of their product, and their ability to attract and retain good workers should welcome this. A sectoral bargaining system will move the competition away from who can drive wages down the most.

And for workers, this approach can show that there are ways to restructure the law that will really make a difference in their lives. That’s why you’re seeing some of the candidates start to talk about this, because they want to communicate that they understand the challenges that workers have. We have made ourselves available to any campaigns that are interested in these ideas. It’s been great to see for the first time in a presidential debate a candidate who has actually used the term “sectoral bargaining.” For those of us who care about this and want to get people to understand how big changes in the law can make big changes in people’s lives, it’s been very exciting.

“There’s just no sugarcoating that. There is explicit racial- and gender-based discrimination baked into our nation’s labor laws.”
— Sharon Block

GAZETTE: The report also proposes to extend coverage to domestic, agricultural, undocumented, incarcerated, and disabled workers, and independent contractors, and require worker representation on corporate boards. Why are these proposals important and how will they affect workers and businesses?

BLOCK:  They are important because they’re just the right thing to do. If you look at labor history, domestic workers, agricultural workers, and undocumented workers were left out of coverage because of explicit racist policies and positions by some of the lawmakers involved in negotiations over passing the National Labor Relations Act (NLRA). There’s just no sugarcoating that. There is explicit racial- and gender-based discrimination baked into our nation’s labor laws. It’s time to do away with that; it is just the right thing to do. In this day and age, it’s very hard to defend those laws.

This is also about empowering workers who need that leverage in order to counteract the impact of corporations in their lives. These workers who have been excluded are among the most vulnerable in our workforce. When it comes to having workers on corporate boards, it’s about having a say in the decisions that impact workers’ lives. Workers care about the companies they work for and not only about how much money they take home. We’ve seen this with Google workers walking out over censored internet access in China or Wayfair employees protesting furniture sales to immigration detention centers. A lot of those decisions are made in the corporate boardroom, and it’s important to give workers a seat in a boardroom to be a part of those decisions.

SACHS:  This report is our vision for what labor law would look like if it was designed to enable working people to build a more equitable economy and politics. We hope that businesses would be on board with that project, and they ought to be.

GAZETTE: Finally, what makes you hopeful that the time for labor-law changes has come and that there will be support not only from workers, but also politicians and policymakers?

SACHS: It’s a funny time to be optimistic. But there are several reasons that lead to some optimism. The first is that support for unions, particularly among younger people, but across the board, is up. The second is that there have been inspiring acts of worker activism over the last several years; the Red for Ed movement among teachers demanding more funding for public education, the Google walkouts, and the like, show us that people are hungry to make a change. And the third is the political moment. This is a moment where there is the need for and the possibility for broad political, economic, and social change, and we see candidates endorsing changes in labor law. Labor law to us is, in many ways, a key that could unlock the possibility for all these other changes. If you enable working people to build economic and political power, they’ll be in a position to demand just policies across the board.

BLOCK: This was not an effort for the two of us to sit here in these lovely offices at Harvard and write down thoughts that we’ve had over the course of our careers. We both spent a tremendous part of our careers thinking about labor-law reform, but this has been an effort that engaged 70 to 80 people from around the world over the past year and a half. We worked with union leaders, all kinds of worker-advocacy organizations, worker activists, workers, academics from many different fields, including economists, sociologists, political scientists, technologists, and people who are organizing workers on the ground, in unions and in other ways. We teamed with experts from other countries to learn what’s working and what’s not working, especially around sectoral bargaining. People have been energized and invested in this moment where politics can seem so negative and so reactive to the moment. We’ve been engaged in something that’s about building something bigger, moving forward.