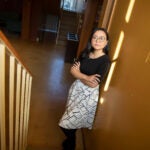 The killing of Maj. Gen. Qassim Suleimani, a powerful figure in Iran’s Islamic Revolutionary Guard Corps, in a drone attack Friday ordered by President Trump has triggered a cascade of potentially incendiary consequences.

Iran officials appeared to make good on some of the retaliatory threats exchanged with President Trump on social media with ballistic missile attacks Tuesday on two military bases in Iraqi where U.S. troops are stationed. No deaths have been reported. Iran has already taken another significant step in response to Suleimani’s death. On Sunday, Tehran announced it would no longer honor stockpiling and processing limits on nuclear materials at the heart of the Joint Comprehensive Plan of Action (JCPOA), the official name of the 2015 nuclear agreement. Though Trump withdrew the U.S. from the deal in May 2018, Iran’s decision is widely viewed as a deliberate escalation of tension aimed at the White House.

Leaders from the European Union, which is still a party to the nuclear deal and hopes to salvage it, determined Monday that Iran’s recent violations did not warrant the imposition of new sanctions.

As U.S. undersecretary of state for political affairs, Ambassador Wendy R. Sherman spent four years brokering the historic nuclear pact as lead negotiator for the U.S. She’s now director of the Center for Public Leadership at Harvard Kennedy School. Sherman discusses the tinderbox state of affairs between Iran and the U.S.

GAZETTE: There seem to be mixed signals coming out of Iran following the announcement. Foreign minister Mohammed Javad Zarif said Iran would continue to allow inspections by the International Atomic Energy Agency (IAEA). From your vantage point, where do things stand right now?

SHERMAN: Certainly, the Iranians saying that they will no longer respect the limits of action is not a good thing. Nonetheless, they have not formally withdrawn from the deal. They are allowing the IAEA inspectors to stay. They have said any steps they’ll take will be for technical needs and that they are all reversible, and that they would be open to returning to the deal if economic sanctions were lifted. So this isn’t good news, of course, but it could have been worse.

{In addition, Belfer Center experts weigh in on the potential foreign policy impact of the U.S. killing of Suleimani. Read their assessments here.}

GAZETTE: In terms of preventing Iran from developing nuclear weapons, which was a primary goal of the JCPOA, is the world still under the deal’s umbrella protection or are we on the precipice of going back to where we started before there was a deal?

SHERMAN: I think the deal is hanging on by a very, very thin thread. And although Iran has said it’s ready to come back in, it appears that the Trump administration is doing everything it can to make it quite difficult for Iran to come to the table. The choice has always been a deal to keep Iran from obtaining a nuclear weapon or an unrestricted nuclear program and a form of war. The president, for now, has chosen the latter.

SHERMAN: There is still room for diplomacy, but there are no signs of diplomacy at the moment. The Trump administration seems to be on an escalatory path, particularly [with the death] of Qassim Suleimani, a ruthless killer, and Iran will indeed respond. None of us quite know how or when that will happen. It will be asymmetric in its response and hopefully the administration will then try to open a channel for diplomacy as opposed to continuing an escalatory cycle, which would likely spiral out of control and find us at war.

GAZETTE:  What will be the determinative factor? Is it Trump’s behavior or the success of whoever is at the negotiating table or something else?

SHERMAN: There are multiple pieces here. Iran is not a good player here. They have been attacking Americans. Interestingly, while the deal was fully in place, there were no rocket attacks by Iran. But since the president pulled out of the deal, those attacks and asymmetric actions of Iran have increased. The hardliners, or as I call them, the hard, hardliners, the Islamic Revolutionary Guard Corps and the Quds force that Qassim Suleimani headed up, have been in control of Iran’s foreign policy and military policy and so Iran has been part of this escalatory cycle, as well. But the killing of Qassim Suleimani has accelerated this spiral quite considerably and how Iran responds and then how Trump responds to that will determine whether there’s any path back to a negotiating table or whether we are headed toward conflict.

GAZETTE: On Sunday, Secretary of State Pompeo described Iran’s calls for retaliation as “a little noise.” How likely is Iran to follow through on its threats and what kinds of actions would they likely have in mind to satisfy a desire for payback for Suleimani’s death?

SHERMAN:  They have said they would certainly take action against military sites of the United States, but added [Monday] that they are not limited to military sites. There’s some concern that they will use cyber as a tool. They have a lot of options on the ground. There are any number of soft targets around the world, including in our own country, that could see retaliation, so they will pick a time and place and method of their choosing, and they mean to keep everybody on guard as this proceeds forward. We’ve seen several countries issue alerts for their citizens. The United States has issued alerts for American citizens worldwide and, more specifically, in particular countries. So we are on greatly heightened alert all over the world, and it is of tremendous concern.

SHERMAN: Clearly, the worst-case scenario is that we’re headed to war, and war would be horrific. The United States’ conventional capability is much greater than Iran’s. There’s no doubt about it. And so, in conventional terms, there’s no question we would win such a war. But Iran has many asymmetric capabilities, and we have seen in other theaters where we overmatched our opponents, our opponents sometimes use asymmetric warfare. It happened, quite frankly, in Vietnam, [and] that really makes it quite difficult for us to prevail in the way that we wish to. So I have no question about America’s military strength. We are unparalleled in conventional terms, and we can do any number of things. I do think, however, that the president’s tweets about cultural sites, about going after citizens after doing whatever he feels is necessary, is not only provocative, but, in many instances, [would be] illegal under international law and considered war crimes.

GAZETTE:  Who benefits from a conflict with Iran? Oil prices are already up, and analysts predict they could double. China and Russia have harshly criticized the U.S. actions, more strongly than allies like the U.K. and France. Could we see an alliance of convenience between Russia, China, and Iran and what would that mean for the world?

SHERMAN: The alliance of convenience already exists, and it could grow deeper over this. So they stand to gain. But I don’t think anyone in the world stands to gain if there’s conflict in the Middle East because it will undermine the global economy as well the U.S. economy. I think it will have a downward effect for everyone. And obviously, there will be unintended consequences that none of us can imagine and quite terrible ones.

SHERMAN: Yes, I think it will change dramatically. A month ago, there were anti-regime protesters in Iran; there were anti-Iranian protesters in Baghdad. Today, all of the protesters are anti-American. I don’t know how any of this has made the U.S. safer, as Secretary Pompeo said all day [Sunday]. It has not; it has made us all much more at risk. Ironically, President Trump has told us that he didn’t trust our intelligence community for months and months and months. And now, he says that the intelligence sent to him [persuaded him] to take this action, but he can’t tell us what that intelligence was. So we are in an upside-down world where I hope the U.S. Congress takes action to slow the president down before he hurls us into war. 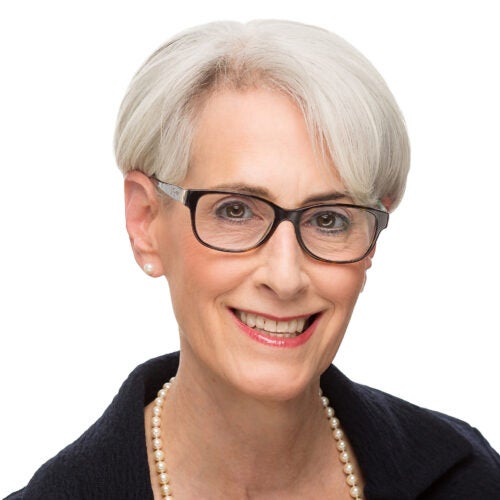 Will succeed David Gergen at Center for Public Leadership 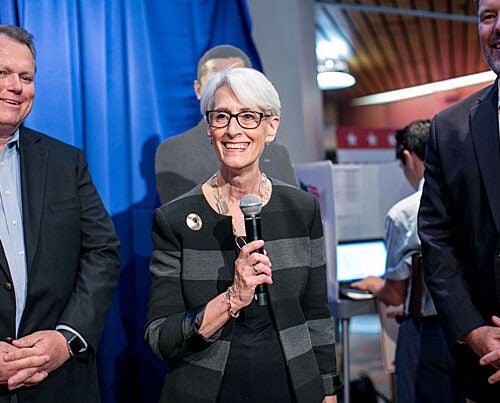 Inside the Iran nuclear deal

Lead negotiator Wendy Sherman, now at the Kennedy School, explains how a key agreement was crafted