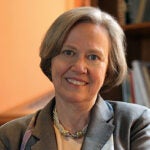 According to Yale Professor John Dovidio, “Whites spend a lot of time pretending they don’t see race.” But, he said, unconscious bias is pervasive, and unconscious biases by whites impact nearly every aspect of black lives, including vital areas such as health care and employment.

Dovidio, the Carl Iver Hovland Professor of Psychology at Yale University, was the guest speaker at the Faculty of Arts and Sciences’ second Diversity Dialogue of the year. “But I Don’t See Color! Consequences of Racial Color-Blindness” was held Dec. 2 at Harvard Hillel.

Biases are built into our society and it’s normal to absorb them, said Dovidio to the audience of more than 150. “Subtle bias by well-intentioned people is one of the hardest things to overcome.”

Prejudice is embedded in the way people think, which makes it insidious, he said. “If I see a person of color and I claim to be color-blind, what color do I see? White. And that’s racist.”

Dovidio cited several studies that showed disparities in interactions between physicians and patients. He said a 2003 study found, “Race-discordant visits are shorter, involve less positive affect, and are less participatory.” Another study, he noted, reported that 57 percent of blacks say they experience discrimination “often” or “very often” in interactions with white physicians.

Implicit bias by white physicians, he said, results in fewer verbalizations, shorter visits, and faster speech. They are less patient-centered. In response, the patient is less involved and there is less clinician respect. Further, the patient does not like or trust the clinician, and lacks confidence in him or her, according to the studies cited by Dovidio.

In the workplace, Dovidio said he does not buy managers’ arguments that “We tried to have a diverse [field] of candidates, but couldn’t find any” when filling job positions. He said senior leaders should not care about good intentions, but only about results.

“If you value something, it’s the outcome that matters,” he said. “If you want diversity in the workplace, you have to fight for it.”

Dovidio said unconscious bias in the workplace frequently prevents blacks from getting jobs. He cited research that showed that in a pool of black and white candidates who may be slightly deficient in qualifications for the same job, the white candidates are more likely to be chosen. White deficiencies are more likely to be overlooked or forgiven. Hiring managers often cite the deficiencies in the black candidates to justify not hiring them. In other words, he said, “White candidates get the benefit of the doubt. If there is some ambiguity, the black person suffers.”

“Whether we like it or not, or whether we are even aware of it, we bring our perspectives and opinions with us when we come to work each day,” said Andrea Kelton-Harris, FAS senior human resources consultant and one of the organizers of the Diversity Dialogue. “Consciously or unconsciously, they can affect how we interact with each other, how we make decisions about colleagues, and how we communicate with one another while we’re at work,” she said.

Most whites will not discriminate, Dovidio said, because, “We want to do the right thing.”

Returning to his extensive research regarding race and white bias against blacks, Dovidio cited what he called “aversive racists” who “sympathize with victims of past injustice, support principles of racial equality, and genuinely regard themselves as non-prejudiced, but at the same time possess conflicting, often non-conscious, negative feelings and beliefs about blacks.”

Dovidio concluded that contemporary bias is subtle and unconscious. But he said there are ways to confront it. He suggests that organizations create strong diversity committees, involve people of color, and make diversity part of employee performance reviews.

For Naisha Bradley, director of the Harvard College Women’s Center, Dovidio’s presentation had a strong impact. “He eloquently captured the complexity of race in America and helped Harvard University administrators better understand how detrimental color-blindness is, and highlighted how it prioritizes harmony over equality,” she said.

“But I Don’t See Color! Consequences of Racial Color-Blindness” was the second of three FAS Diversity Dialogues for the academic year. The final talk, “Identity Threat at Work,” will be on March 31. The Diversity Dialogues, which are free and open to the public, are offered through the FAS Dean’s Office, FAS Human Resources, and the FAS Office of Diversity Relations and Communications.