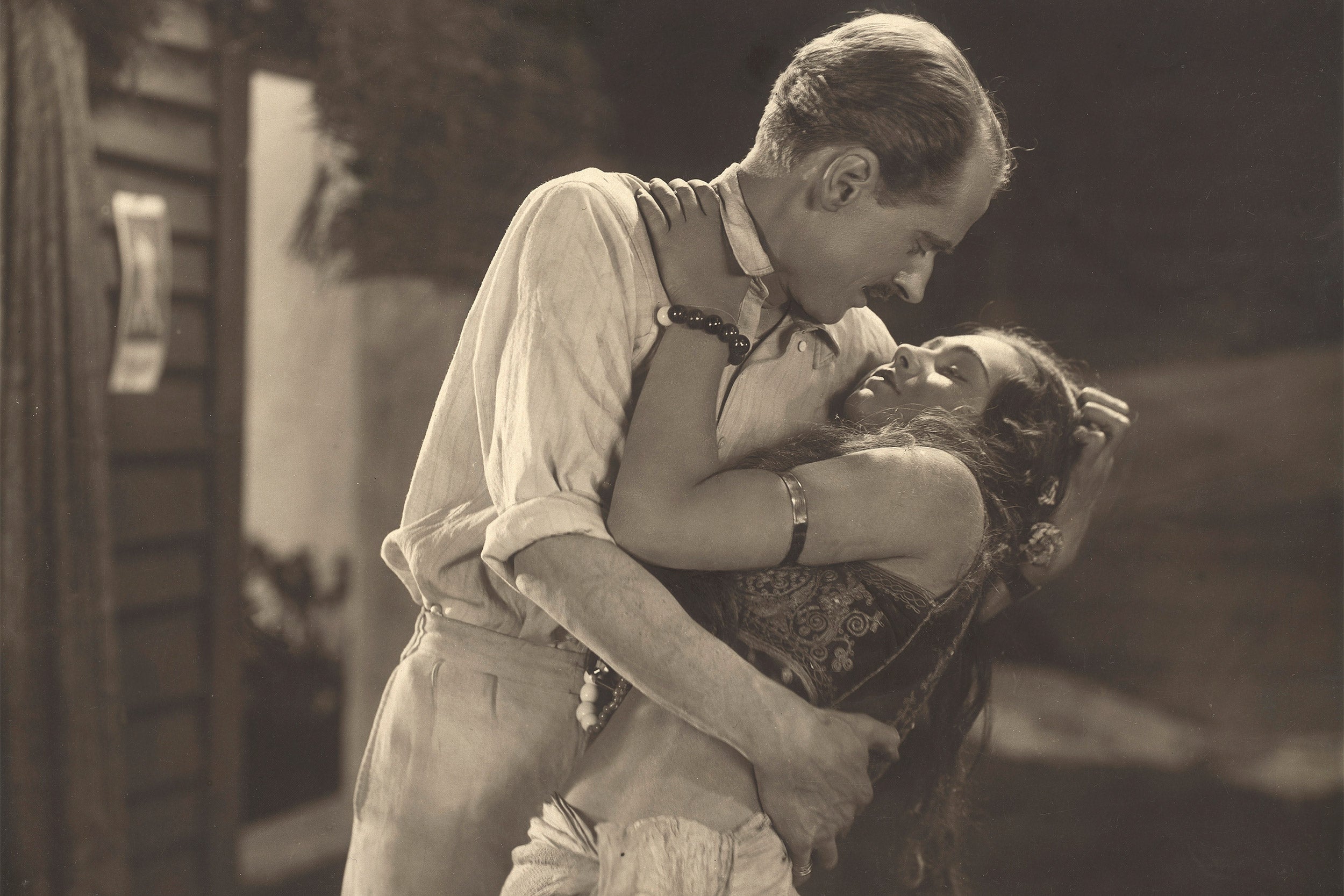 When the Sundance Film Festival begins Thursday, Harvard’s artistic talent will be well represented. “Beast Beast,” starring Shirley Chen ’22, and “Some Kind of Heaven,” directed by Lance Oppenheim ’19, will premiere in NEXT, the category for young filmmakers. In interviews, Chen, a history and literature concentrator, and Oppenheim recounted the paths they took toward filmmaking.

Chen’s journey began when she landed role of Krista in the short film of the same name in 2017. The story of a teenage girl who experiences harassment and uses theater to express emotions she doesn’t know how to process, “Krista” had such a small budget that the cinematographer used a skateboard as a dolly for action shots. Chen, then a junior at a public arts high school in Los Angeles, had to leave the South by Southwest premiere early to get back for classes, and missed collecting the winning prize for best acting in a narrative short.

“I had been excited to visit Texas for the first time, and I knew ‘Krista’ was a pitch for a larger feature, but I thought, ‘Maybe they’ll replace me,’” Chen recalled.

Instead, Alec Baldwin signed on to executive produce, and Chen became the lead in the feature-length “Beast Beast” about three teens growing up and facing tragedy.

Recently, the Quincy House resident reflected on her journey as an Asian American actress, from initial typecasting as the “quirky best friend” or “type A student” to stronger female parts (among them Molly in “Peter and the Star Catcher” during senior year of high school, and as one of the first women cast in the Hasty Pudding show last year). Last fall, she co-directed “M. Butterfly” at Loeb X with Eric Cheng ’20.

“At Harvard, I’ve been able to explore artistic sides of myself that are assertive. I studied acting in high school and always wanted to do more creatively, but I always doubted myself. Particularly in directing, you can’t doubt yourself,” Chen said. “The industry is moving toward telling universally powerful stories, and I hope I can help tell those stories, whether on the creative side or in front of the camera.”

For “Beast Beast,” which was filmed in Peachtree City, Ga. (the “golf cart capital of the world”), Chen knew they were onto something unique.

“We’re telling a story that moves people in certain ways that are new and not in traditional film-making, like exploring modern-day relationships with gun violence and today’s internet culture,” she said. “It’s filled with so much passion. I feel like I was making something powerful.”

Oppenheim took a different route. He turned his senior thesis, a 35-minute documentary, into a full-length documentary film just six months after graduation — with help from some Harvard experts.

“I basically convinced Ross McElwee, Robb Moss, Alfred Guzzetti, and Lucien Castaing-Taylor to basically edit the film in each of their respective classes,” said the 23-year-old, who now lives in New York City. “Each professor brought such different perspectives to the material. … It almost felt like being in an intensive artist residency for the year.”

For the film set in his native Florida, Oppenheim and his team spent 18 months following four seniors living at The Villages, the largest retirement community in the U.S. The “Truman Show”-type world, a themed development designed to simulate the American yesteryear, appealed to the young filmmaker, whose work has explored how people create homes in “nontraditional places and spaces.”

“I heard a lot about The Villages while growing up. The media always like to focus on the most outrageous stories — stories about The Villages supposedly having the highest rates of STDs in Central Florida. I wanted to see what it was really about for myself, and headed down to the community during the summer of my junior year. For 30 days, I lived in a rental room in The Villages with retired rodeo clowns and tried my best at living The Villages lifestyle. Once I got past how surreal the place was, I realized it was the people who lived there, especially those on the margins of the place, who were far more interesting.”

“Some Kind of Heaven” was a both Harvard and a family affair for Oppenheim. His sister Melissa Oppenheim ’12 produced the film; Daniel Garber ’13 edited it; and Oppenheim’s classmates Christian Vasquez ’19, Austin Weber ’19, and David Shayne ’19 served as co-producer, still photographer, and assistant editor, respectively. Oppenheim later teamed with producers Darren Aronofsky ’91 (“Pi,” “Requiem for a Dream”), Pacho Velez ’02, and The New York Times in one of its first ventures as a production company.

“The thing about VES [the Department of Visual and Environmental Studies, [now the Department of Art, Film, and Visual Studies] is that it equipped me with a language of how to get in sync with my other collaborators. Even with someone like Darren who’s been at this for a long time, there was a certain familiarity and ease to working with him,” Oppenheim said. “He was almost another professor in a way.”

Oppenheim was struck by how similar the lives of his documentary subjects felt to his own life as College student. 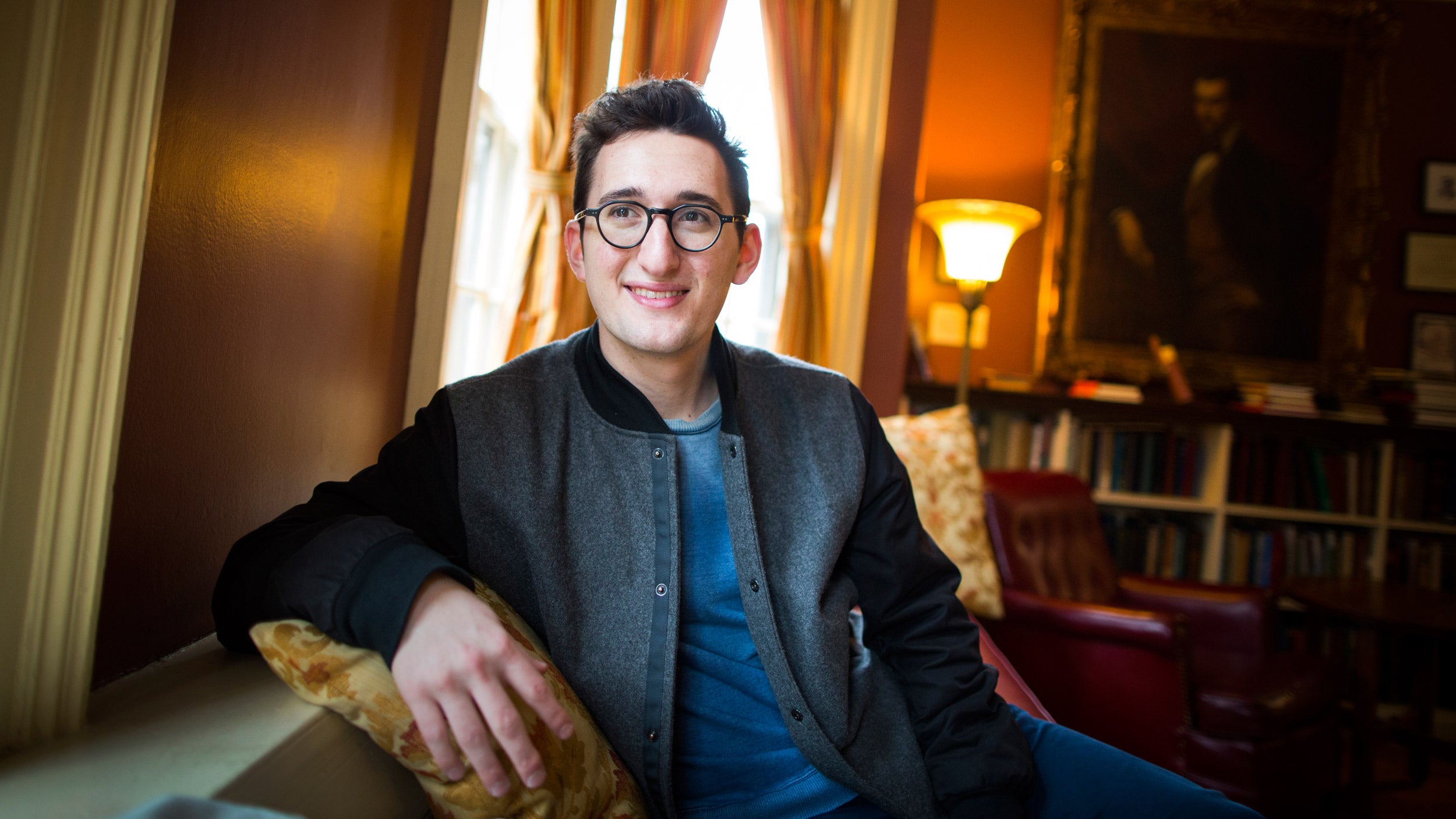 “For a lot of people who live in The Villages, it’s like going back to college again. Despite being three generations removed from many of the people featured in this movie, I was surprised at how relatable I found many of their pursuits. In the popular imagination, the elderly transcend their youthful passions to lead lives informed by hard-won wisdom. That may be true for some people, but that stereotype ignores the reality for most older people, especially those in this film, who are no less crazy or complicated or full of desire than anyone I know,” he said. “In my mind, this is like a coming-of-age story, just one that takes place nearing life’s final chapters.”